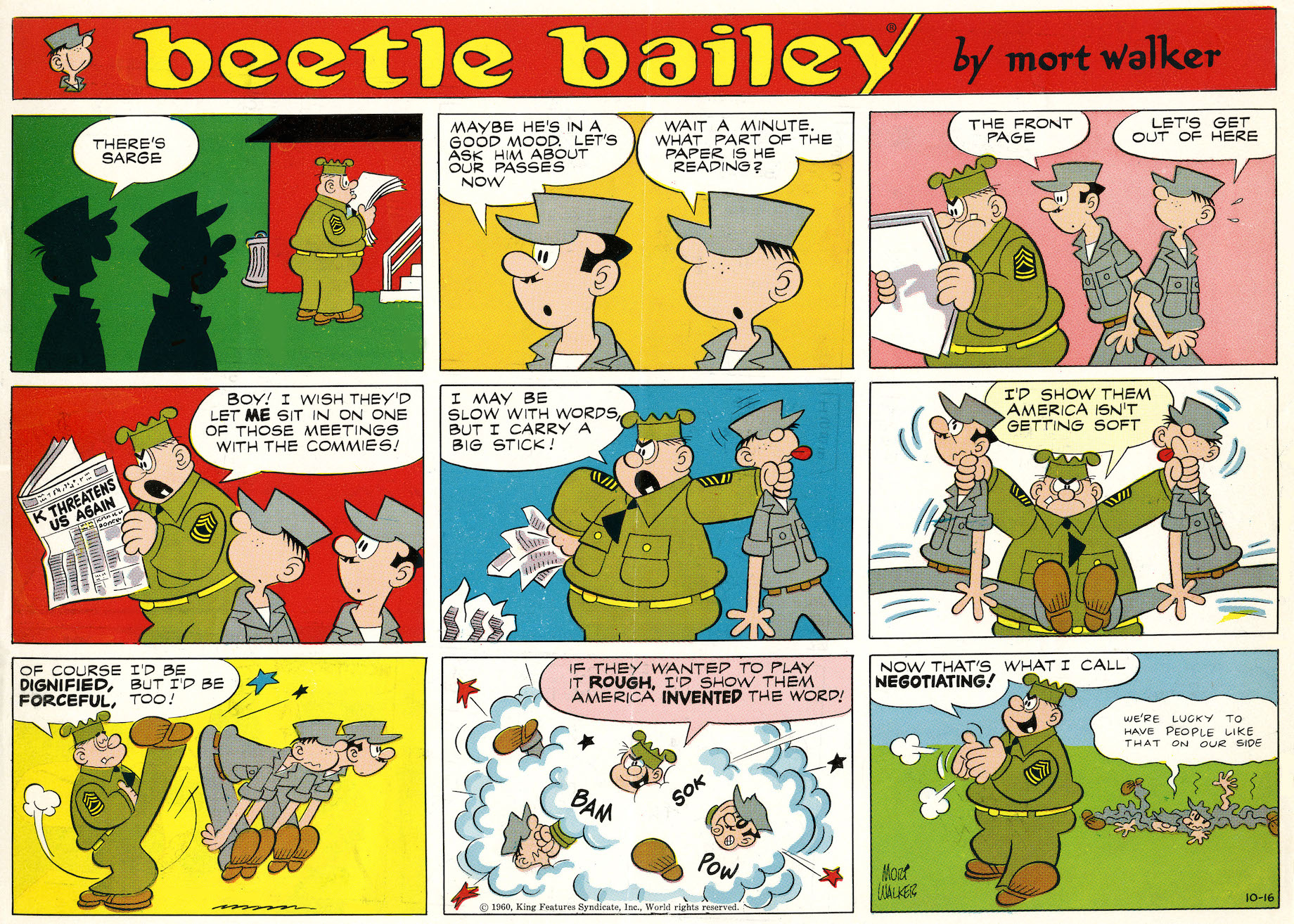 Beetle Bailey doesn’t get political very often, but a comic strip about the U.S. military inevitably manages to make statements about current events.

The early 1960s in America was a time of both optimistic faith in human progress and anxious tension about international relations. There was a new president in the White House, the Cold War was in deep freeze and television dominated popular culture.

The “K” on the newspaper in panel #4 refers to Nikita Krushchev, who was the First Secretary of the Communist Party of the Soviet Union from 1953 to 1964.

On October 12, 1960, at a meeting of the United Nations General Assembly, Khrushchev took off his shoe and pounded it on the table. This occurred only four days before this strip appeared in newspapers, so it is unlikely it was inspired by that famous incident, but the hostility between the U.S. and the U.S.S.R. was in the news at that time.

Khrushchev lost support in the Communist Party after the Cuban Missile Crisis in October 1962 and was replaced as Soviet leader by Leonid Brezhnev in 1964.

Stay tooned for more classic episodes from the 1960s.