News Around the Kingdom:

This week, SNUFFY SMITH cartoonist John Rose shares the delight he feels when he discovers a Snuffy Smith crossover in other comics. For example, here’s an example in HI AND LOIS:

This bee-yoo-ti-ful December, 2016 Hi and Lois Sunday comic strip featured many cartoon character crossovers, including Jughaid Smith (and Snuffy’s leg) in the fifth panel! How many other crossover characters can you spot in this great strip by the talented creative team at the Hi and Lois comic strip?

Speaking of HI AND LOIS, Brian Walker has continued his look back in his “Timeline – 1960” series. Part 2 focuses on how Mort Walker began sharing Trixie’s thoughts with readers. Here’s an example: 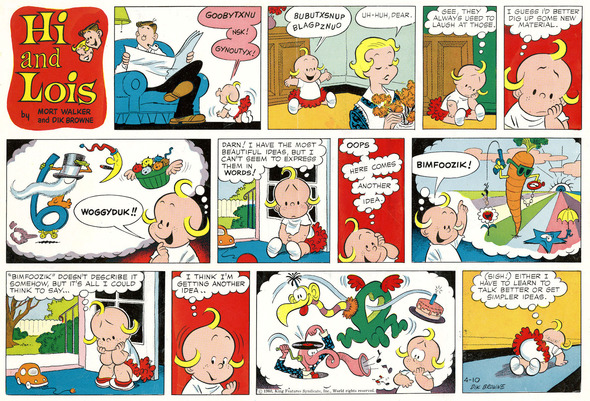 Meanwhile, in BEETLE BAILEY, Brian picks up his retrospective in  “Timeline – 1960” with Part 2: a look at the girlfriends Beetle has had through the years and the lengths he will go to in order to shirk duty so he can go see them. 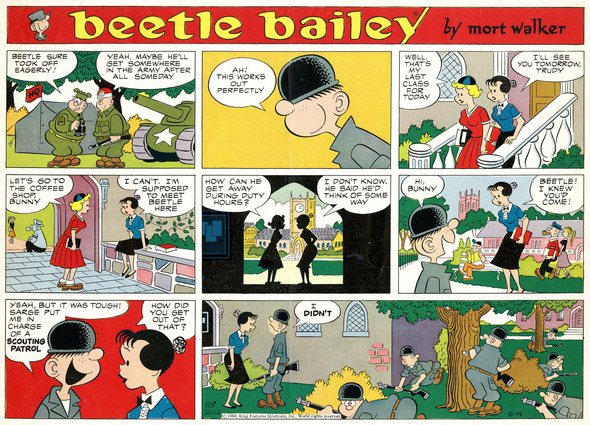 THE PAJAMA DIARIES cartoonist Terri Libenson gives a recap of the various storylines about her characters that have been interwoven over the past year to form the fabric of their lives. Here’s a strip about Nanci and the challenges she faces with her son Ben’s special needs.

And, last but not least, BIZARRO cartoonist Dan Piraro shares his thoughts on the American political scene. In addition to links to a recent interview and a link to where you can get his new coloring book, Dan also provides some lighter fare with his typically hilarious cartoons  from Rancho Bizarro in Mexico. Check it out here. 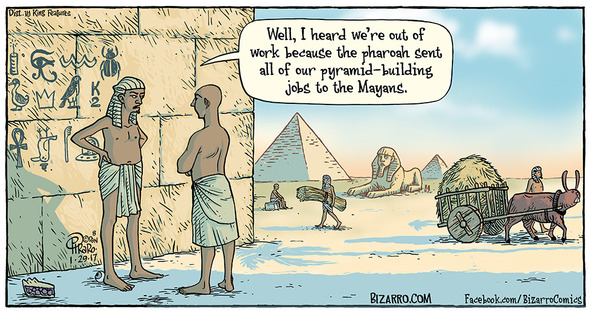