Boy oh boy! There’s a blizzard brewing here at our New York offices and I’m getting a little stir-crazy. It’s that time of year– when it’s been winter for juuuust a little bit too long. I asked our cartoonists for their own experiences– and cures for– cabin fever and winter blues.

Zippy loves Winter, both now and in his chilly childhood. It’s when he gets to careen down hillsides faster than a speeding bullet and is able to leap tall buildings in a single bound. Yow!

Even the naturally cheerful and optimistic Dethany can get the winter blues.

I’m not a big fan of winter, apart from the week from Christmas to New Year. After then, I’m over it. For me, winter is all about trying to stay warm and cosy. I’m not into the concept of Hygge that has swept the UK recently, but I can see the appeal if you are in the cold, dark Danish winter.

When you’re stuck in the house due to the cold winter weather, there’s one sure-fire way to enjoy yourself–curl up by the fire and watch some old cartoons! That’s what I’ve been doing lately. One old cartoon special that I recently found on YouTube was “The Man Who Hated Laughter.” It aired on the ABC network in 1972 as part of the program, “The ABC Superstar Movie.” It features Snuffy Smith, Loweezy, Popeye, Beetle Bailey, Sarge, Hi, Lois, and many other King Features characters! It was a joy to watch and brought back many childhood memories! The art above is a picture I took of Snuffy in this animated cartoon. Stay warm! Happy cartoon viewing! 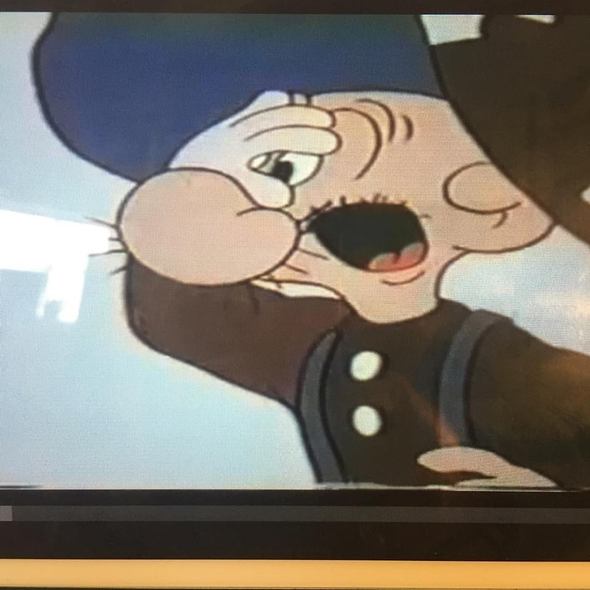 Winter doesn’t seem to matter when I have to turn out work every day no matter what the weather is. I sit in my little studio drawing away, occasionally looking out the window. If the sun is shining and the temperature is over 40 I usually grab my golf clubs and take a break.One year I played every week all winter long, even when the golf course was closed. When you don’t have to travel or commute you’re free to do what you want.{With your wife’s permission, of course.} Right now I’m looking out and seeing grey skies and going back to work. I played last week so I don’t feel cheated yet. But God is kind to me. FORE! 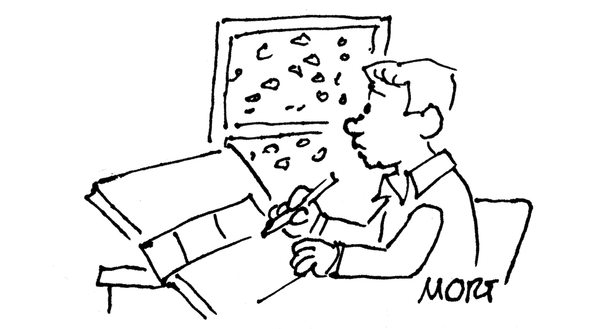 I think it would be safe to say that Dennis is having a bad case of CABIN FEVER right about now in this Ketcham classic. 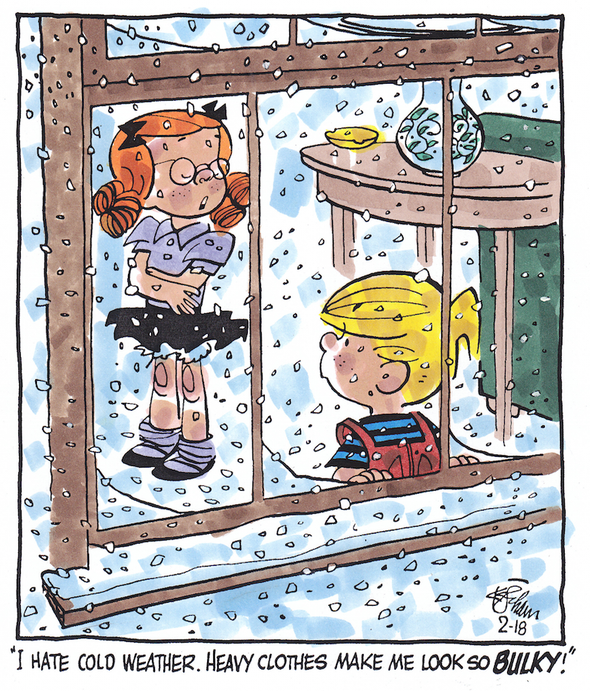 Since winter keeps me indoors, I get through it by doing more sketchbook doodling. Sketchbooks are great– if you fill several of them per year, then you can “go back in time” to see what you drew months, or years, ago. So I went back to see how I was dealing with the winter blues last March/April, and here’s what I found…. 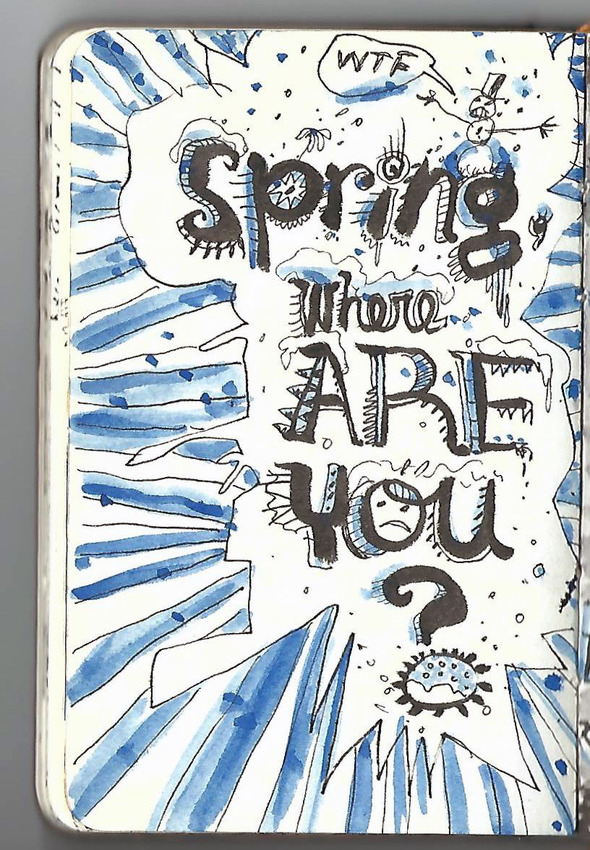 Looks like old man winter overstayed his welcome… hope we don’t get the same this year!