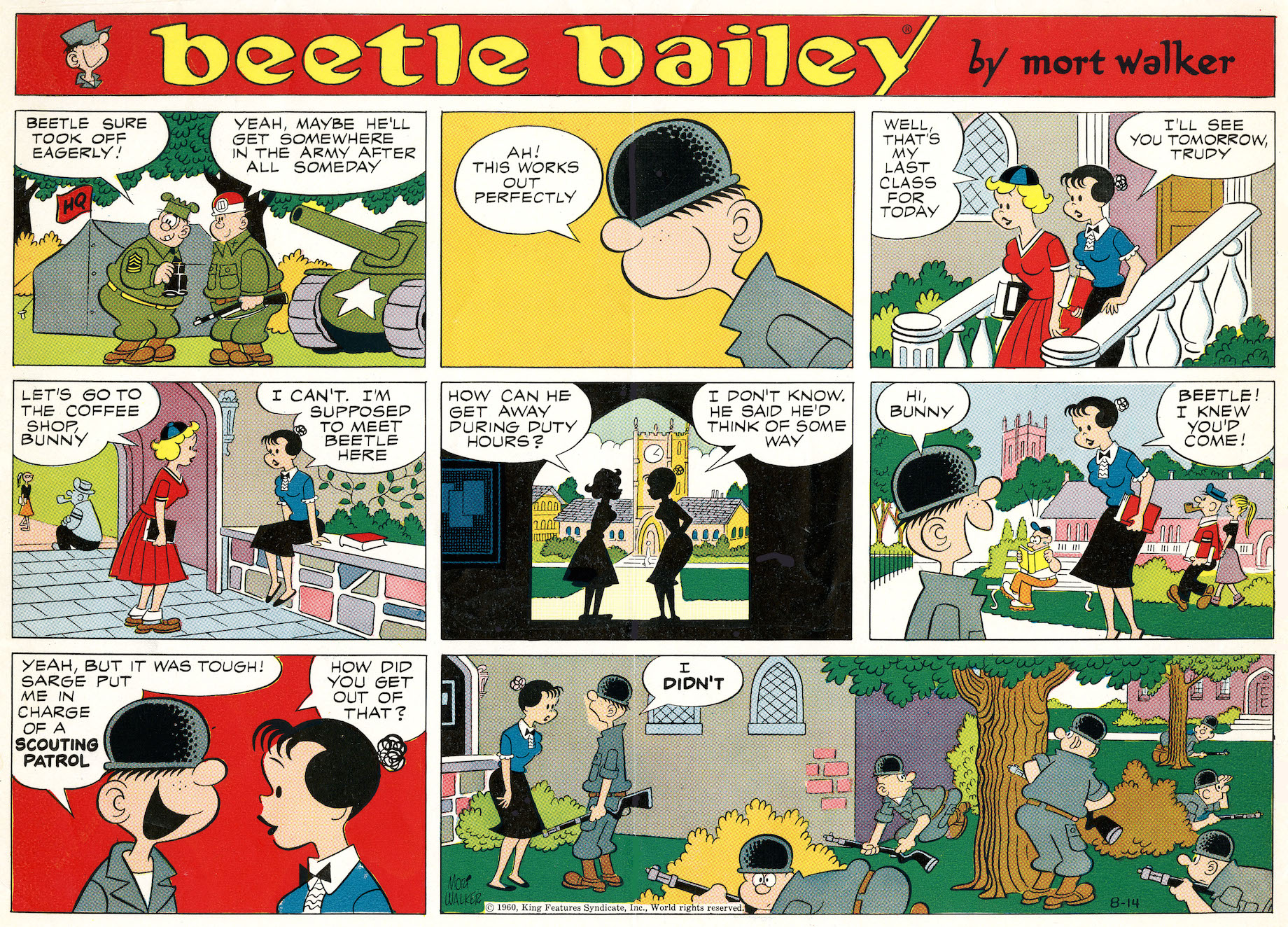 Beetle has had a number of different girlfriends over the years.  In college he went out with Buzz, who is seen with him in the strip below at the popular hangout, The Shack, which was based on a real snack bar on the campus of the University of Missouri, Mort Walker’s alma mater (click here to see previous post).

Beetle and Buzz kept dating each other after he joined the army. In the strip below she visits Camp Swampy.

By 1960, Buzz had been replaced by Bunny, a brunette college student who stars in the Sunday page above. Beetle took his entire scouting patrol on a trip back to the campus of Rockview University so he could rendezvous with her.

Over the years, Bunny continued to appear in the strip, but hasn’t been around much lately. Beetle has now developed a close friendship with Miss Buxley, General Halftrack’s secretary, who first appeared on November 17, 1971. Their relationship is still relatively innocent. Readers often ask if they plan to get married. We hope they keep following the strip to find out.