Ask A Cartoonist: Opposite Day!

Guess what? It’s OPPOSITE DAY!

I remember Opposite Day, from way back in the first grade! But I never knew it was a real, honest-to-goodness holiday. So, in honor of today, I asked our cartoonists to talk about opposites, or to send me their favorite comics about opposites!

Zippy has a an identical but totally opposite, in terms of personality, twin brother. Lippy can’t experience joy and spends his liesure time reading about existentialism. Zippy loves him anyway.

Zippy knows that the opposite of fun is funny.

Jughaid and Mary Beth are polar opposites. He’s messy, she’s neat; he gets bad grades, she gets good grades; he likes playing with frogs and snakes; she likes playing house with her dolls…and so on and so on. They say opposites attract, so maybe that’s why they like each other–they just don’t know it yet! Because they are so opposite, they are really fun characters to create comic strips about!

As we can see in this Classic Ketcham Panel from 1959, Dennis has been dealing with opposites for quite a while 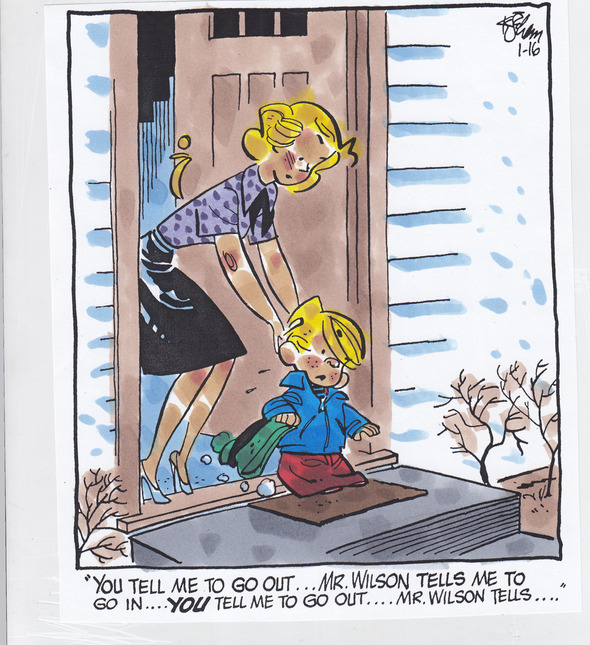 I’d like to think that opposites attract and so would Oscar.

This is a really old and strange one – I drew it in 1995, and never sold it. I have a few cartoons like this – based on the cliche – “one man’s trash is another man’s treasure.” 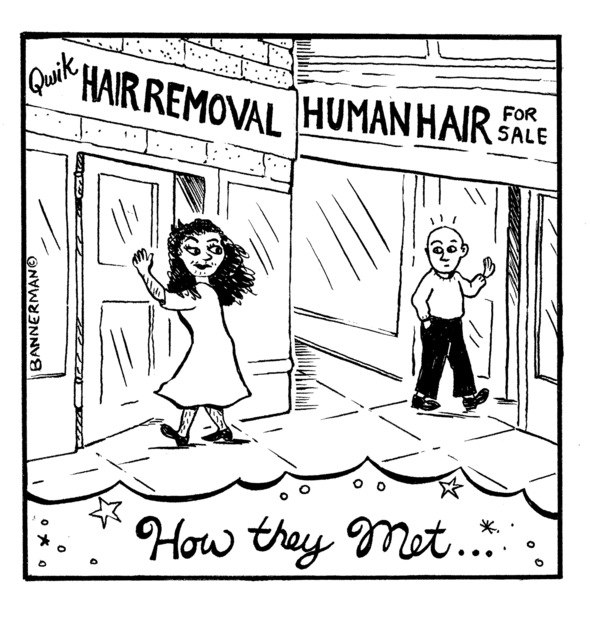 In the world of “Kevin & Kell,” opposites attract. Valentine’s Day is coming up, with unique cards for the Dewclaws and other members of their support group. 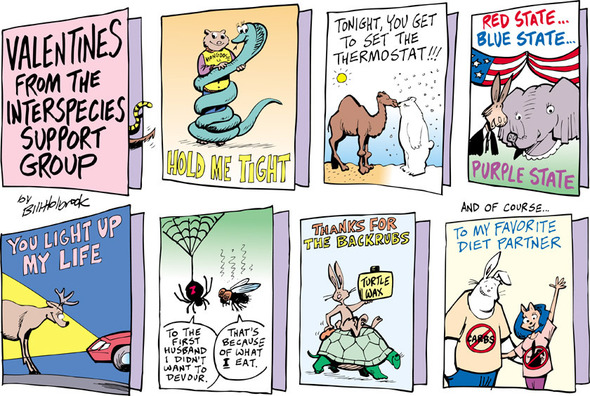