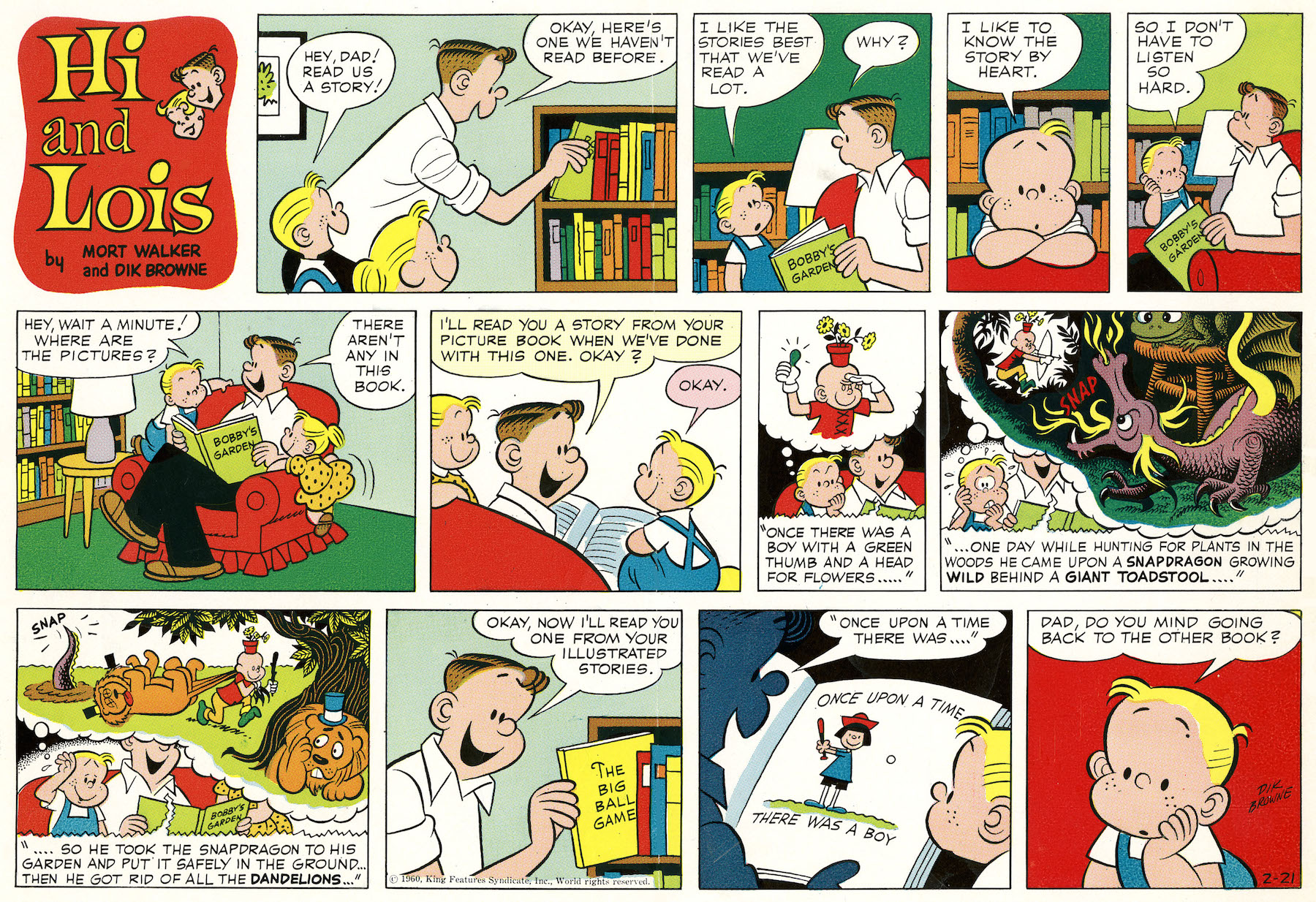 The Sunday page above provides a glimpse into the imagination of Ditto Flagston. In the late 1950s, Mort Walker came up with the idea of sharing Trixie’s observations with readers inside her thought balloons. This approach was also adaptable to other characters.

Dik Browne, who illustrated this episode, learned his craft working at the Johnstone and Cushing art agency in the late 1940s and early 1950s. He was experienced at conjuring up any image that was required by the job at hand. The “snapdragon” in panel #8 looks very much like the creatures he would draw in Hagar the Horrible more than a decade later. Ditto’s visual misinterpretations are very cleverly conceived.

This new series will feature some of the best color Sunday pages from the decade of the 1960s, so stay tooned.