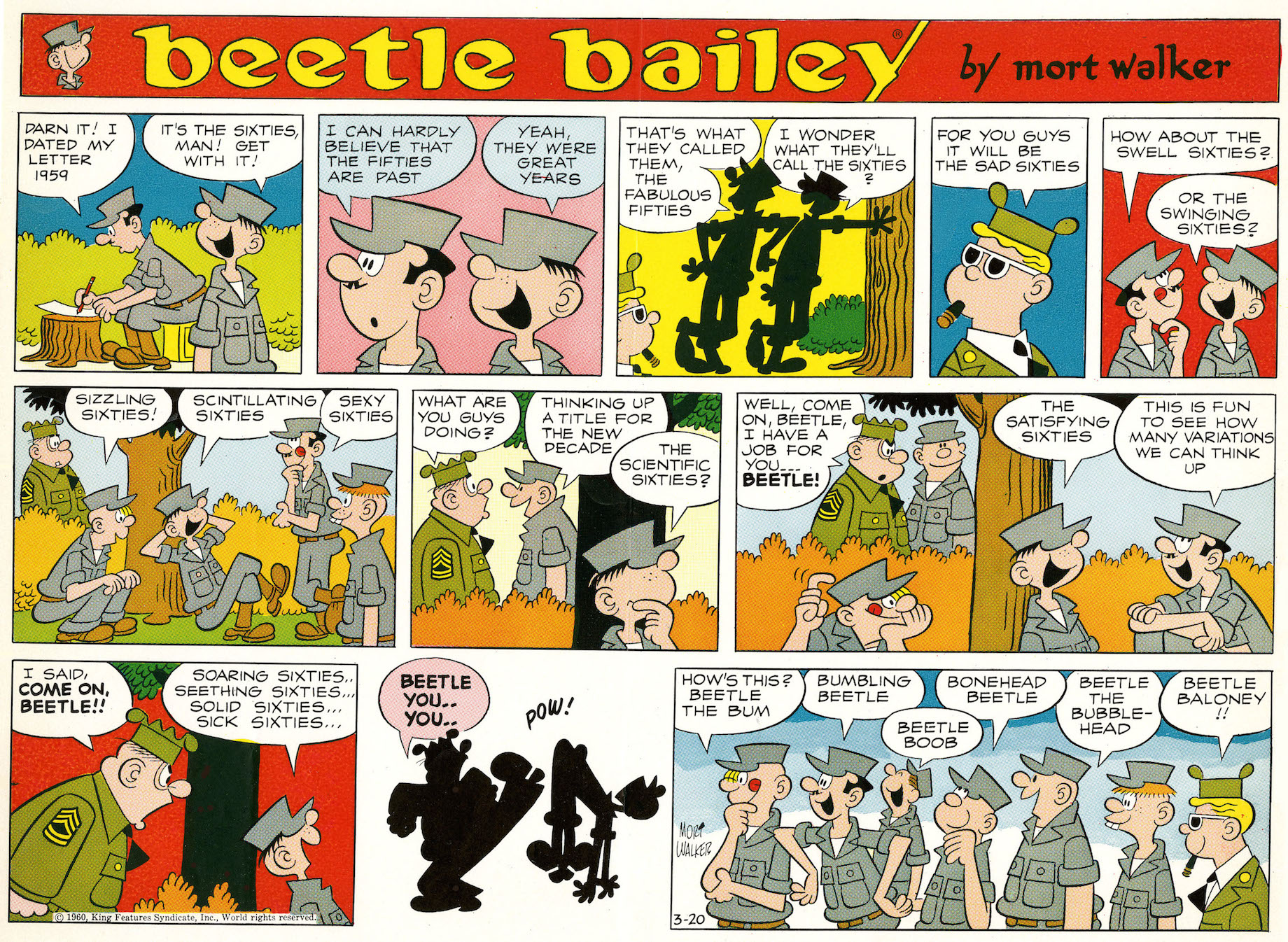 In the episode above, Beetle and his buddies are contemplating clever names for the new decade. Most of the gang is here, including Cosmo, Killer, Zero and Sarge, as well as a few generic G.I.s.

The only one of these suggestions that proved to be prophetic was “The Swinging Sixties,” but that term didn’t come into common use until the middle of the decade when “Swinging London” became the center for fashion and rock music.

Comics were printed much larger fifty-seven years ago, which allowed for a lot more detail in these Sunday pages. There are seven figures in the last panel!

Mort Walker, who probably wrote this gag, has always liked alliteration, particularly with character names. He must have had fun with the wordplay in this episode.

In the coming months, we will selecting the best examples from each year in the decade, so stay tooned.