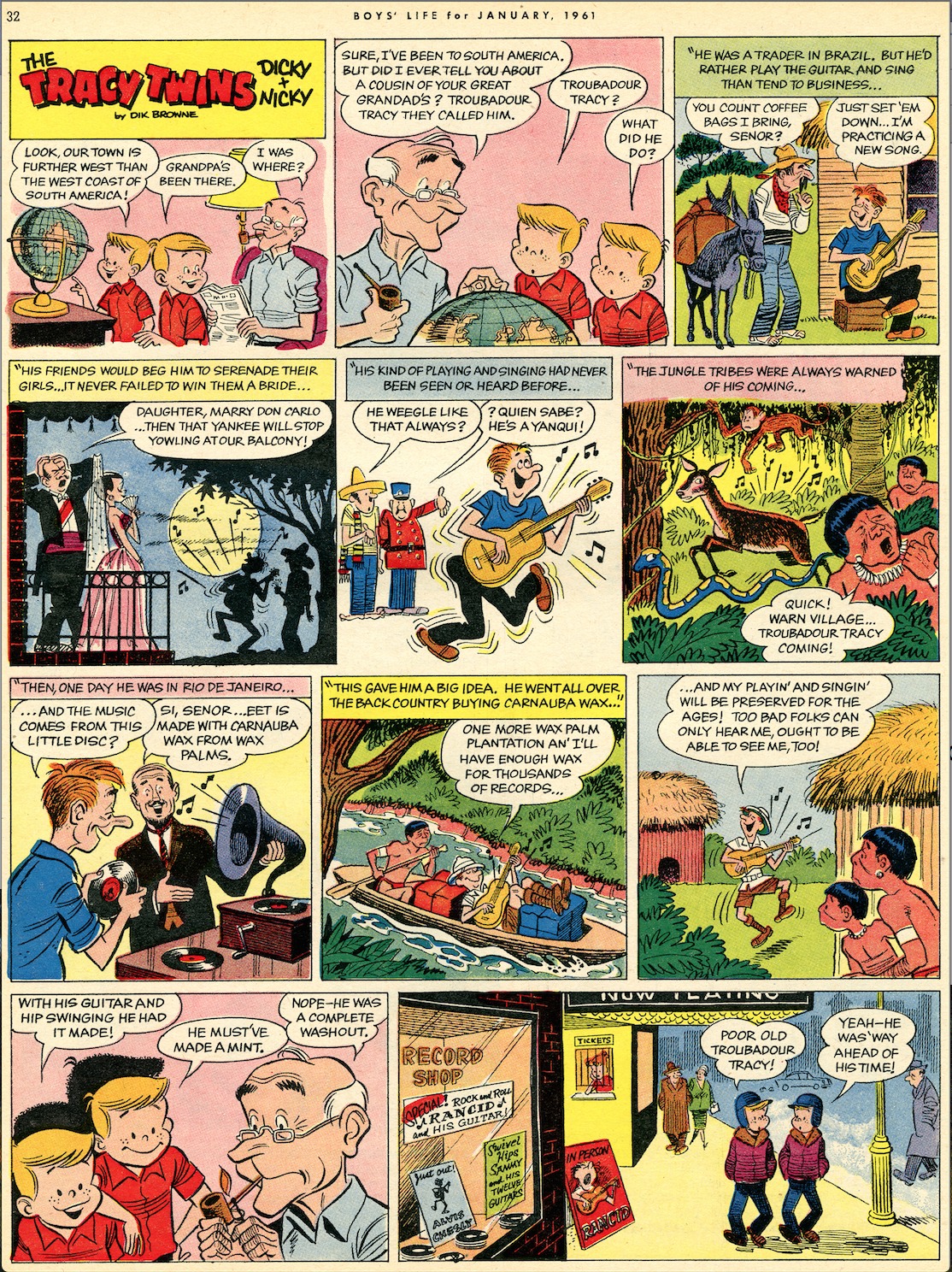 As we have documented in previous posts, The Tracy Twins, which was illustrated by Dik Browne, made its debut in the October 1953 issue of Boys’ Life magazine, one year before Hi and Lois started in newspapers on October 18, 1954. It was written and designed by Al Stenzel, an art director at the Johnstone and Cushing agency. Dik drew the feature for almost twenty years before he turned it over to other artists in the early 1970s.

Grandpa’s tale of “Troubadour Tracy” is one of Chance Browne’s favorite episodes. He identifies with a guy who would “rather play the guitar and sing than tend to business.” The twins’ long forgotten, hip-swinging relative, was “way ahead of his time.”

To see a huge archive of Tracy Twins pages go to: http://cartoonician.com/web-extras-hogans-alley-20/

We hope you have enjoyed this unique creation by Dik Browne.