News Around the Kingdom: Happy Friday the 13th! 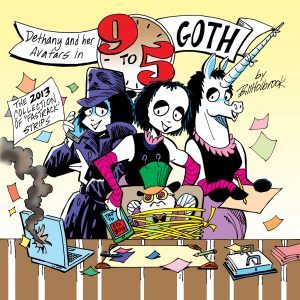 Today is Friday the 13th – a coincidence of the day of the week and date that has long been associated with bad luck in the Western world. When that days rolls around (and it can occur as many as three times during the calendar year), many people are afflicted with an actual phobia about it – an intense and absolutely paralyzing fear. The name for the phobia, friggatriskaidekaphobia, comes from Frigga, the name of the Norse goddess for whom Friday is named, and triskaidekaphobia, or fear of the number thirteen.

What does all this have to do with the goings-on in the Kingdom? Absolutely nothing. Here at Comics Kingdom, we are highly amused by all things funny and wanted to share that cool word, friggatriskaidekaphobia…  O.K., O.K., we’ll get on with our weekly roundup now.

This week, SNUFFY SMITH cartoonist John Rose reports that he is still delighted to see his comic strip in print in the local newspaper when he visits a city for the first time. This time, he went to Texas and thanks the Fort Worth Star Telegram for showcasing SNUFFY! 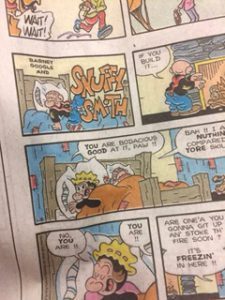 Part of a page from the Sunday Comics section John Rose was reading in
the Star Telegram while waiting in the Dallas Love Field Airport.

TINA’S GROOVE cartoonist Rina Piccolo will be at the Leaside Public Library in Toronto on the evening of Wednesday, February 1st to promote her book, Quirky Quarks: A Cartoon Guide to the Fascinating Realm of Physics. The presentation will feature comics and cartoons that explore the often mind boggling nature of reality. Click here to learn more. 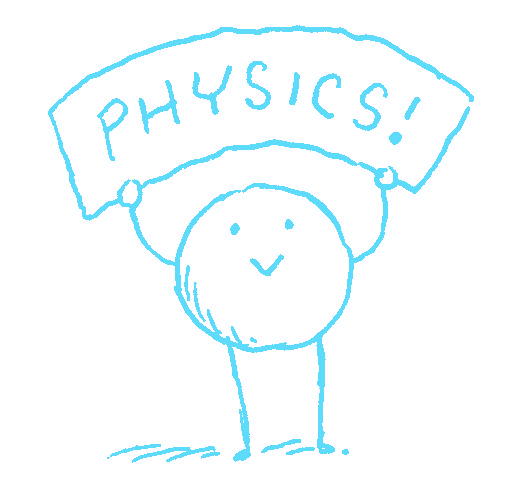 Bill Holbrook, cartoonist for ON THE FASTRACK and KEVIN & KELL, shares some news about the collections of his comics and his interactive novella that are available and other cool stuff. Check it out here. 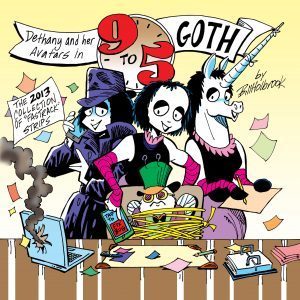 INTELLIGENT LIFE cartoonist David Reddick shares his artistic experimentation with fans in his Sketchbook this week. He’s been playing with Gwen’s hair – and his style of drawing. Check it out! 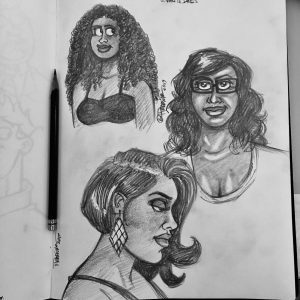 And, last but not least, BIZARRO cartoonist Dan Piraro notes that he missed his weekly post last week because of the holidays and visiting family. He more than makes up for it by giving fans a double dose of his typically hilarious cartoons plus lots of  news, musings and giggles from his new Rancho Bizarro in Mexico. Check it out here. 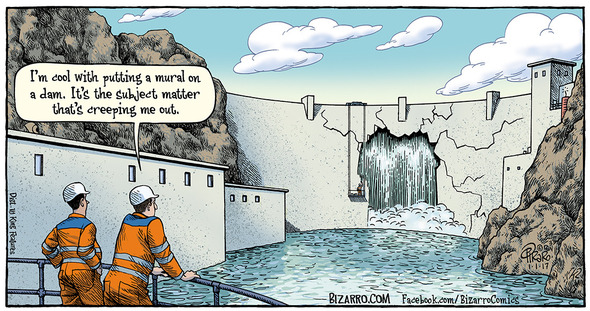