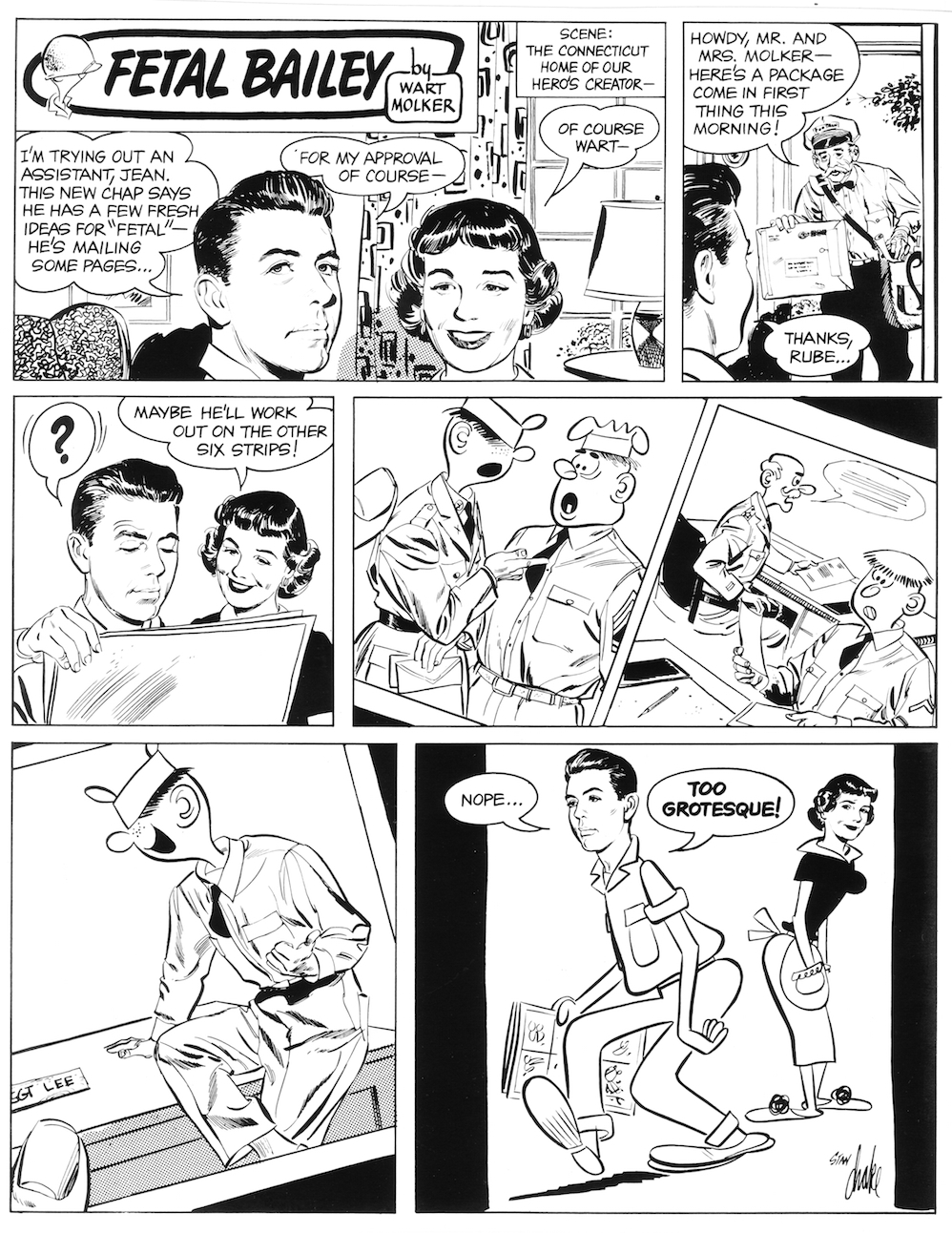 Mort Walker served as the president of The National Cartoonists Society from 1959 to 1960. During this time, he also edited the organization’s newsletter, The Cartoonist. He asked some of his cartoonist friends in Connecticut to contribute material to the publication and they came up with a series of spoofs showing famous features drawn by other artists.

The page above was done by Westport resident Stan Drake, who created the popular soap opera strip, The Heart of Juliet Jones, in 1953. Drake was a veteran of the Johnstone and Cushing art agency and drew in a slick, semi-realistic style, very different from the big-foot look of Beetle Bailey.

Stan’s caricatures of Mort and his wife Jean accurately depict the couple at this time and Rube Goldberg makes a cameo appearance in the second panel. Expertly switching the heads and the clothing, Stan managed to pull off a very surreal gag.

Stay tooned for more rare and unusual artwork from our archives.