As A Cartoonist– How Unlucky!

This coming Friday is Friday the 13th– a day with lots of superstitious meaning, whether it be lucky or unlucky, for lots of people. Way to start the new year off, right???

I asked our cartoonists, in the spirit of the day, to share their bad luck stories and comics with us!

I think you make your own luck, but there’s nothing wrong with a few superstitions, unless…

In Zippy’s hometpwn of Dingburg, whose motto is: ” Going Too Far is Half the Pleasure of Not Getting Anywhere”, bad luck can always be removed quickly with a little light vacuuming.

The Fastrack Crew knows that bad luck can hit us differently in cyberspace!

I don’t know if this panel originally fell on a Friday in 1959, but if it didn’t, it SHOULD have. 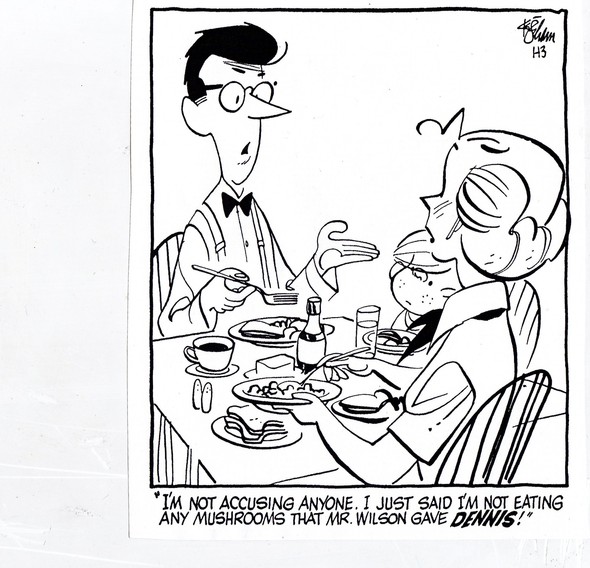 Snuffy and Lukey have always been unlucky when it comes to finding work. But, truth be told, that’s the way they like it!