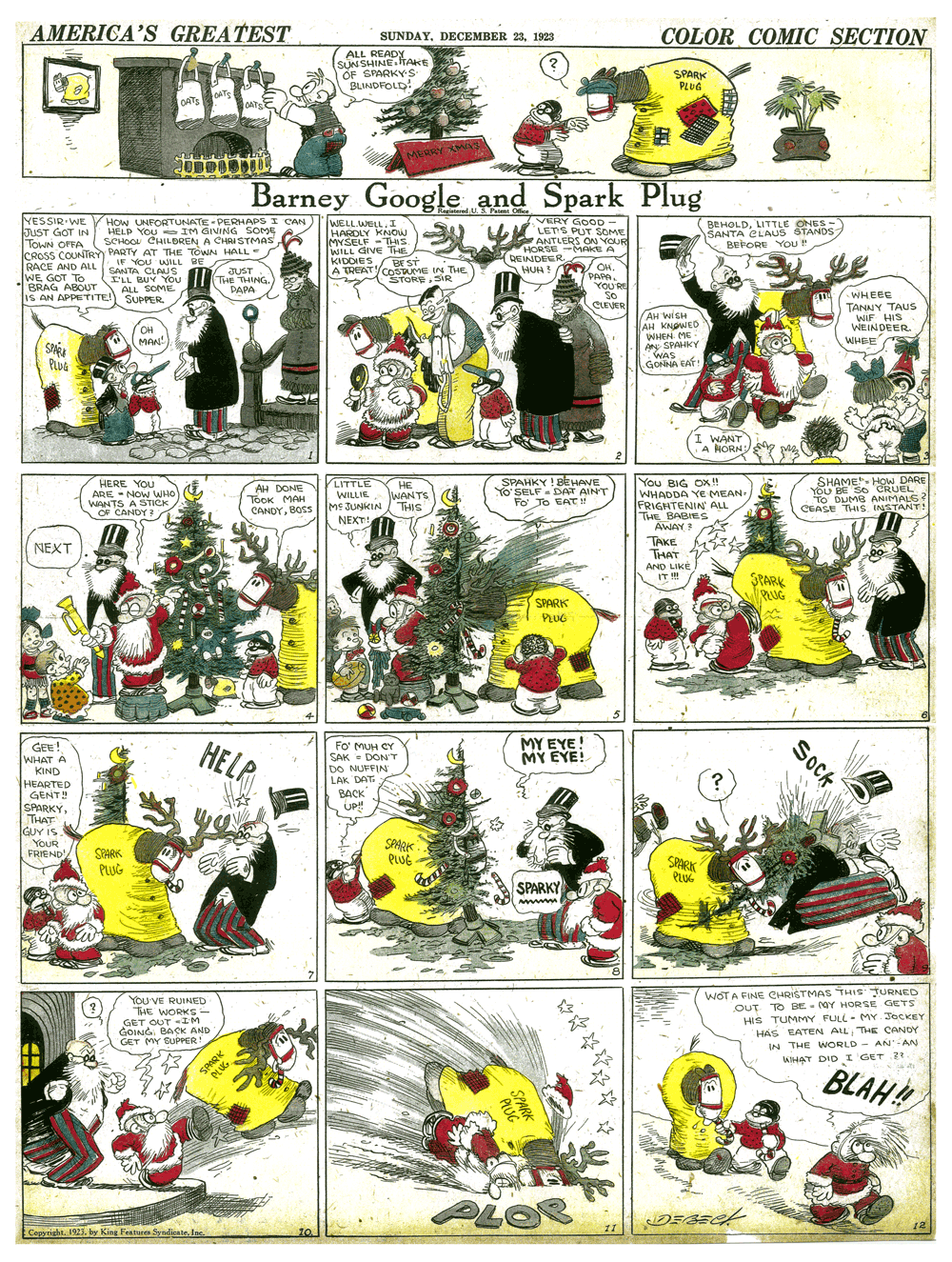 For our annual yuletide treat, I send you some laughs from the past with King Features comedy of 1923.  Break out the Santa suit! 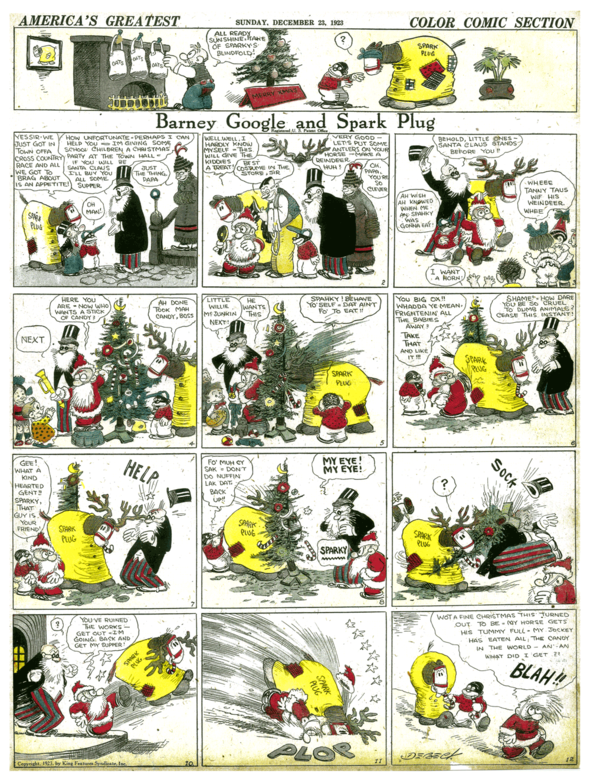 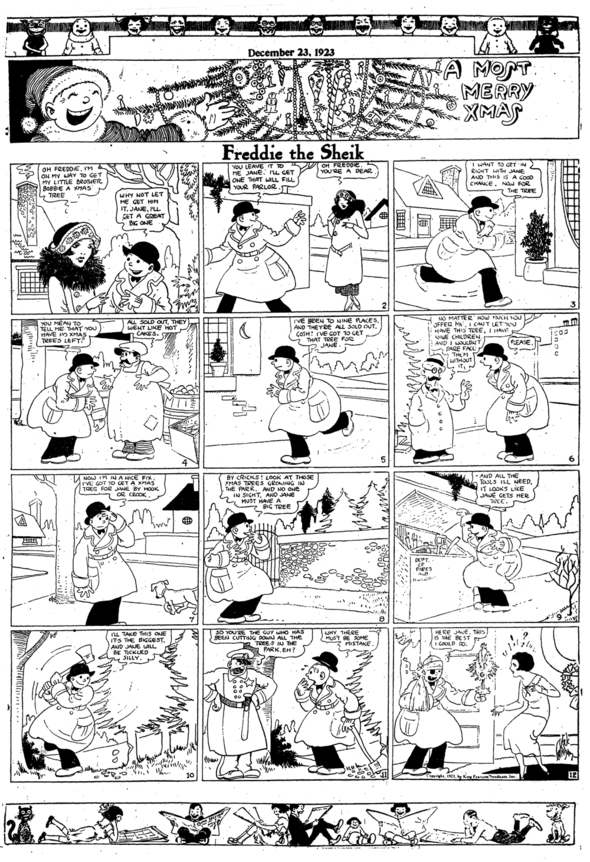 FREDDIE THE SHEIK by Jack Callahan 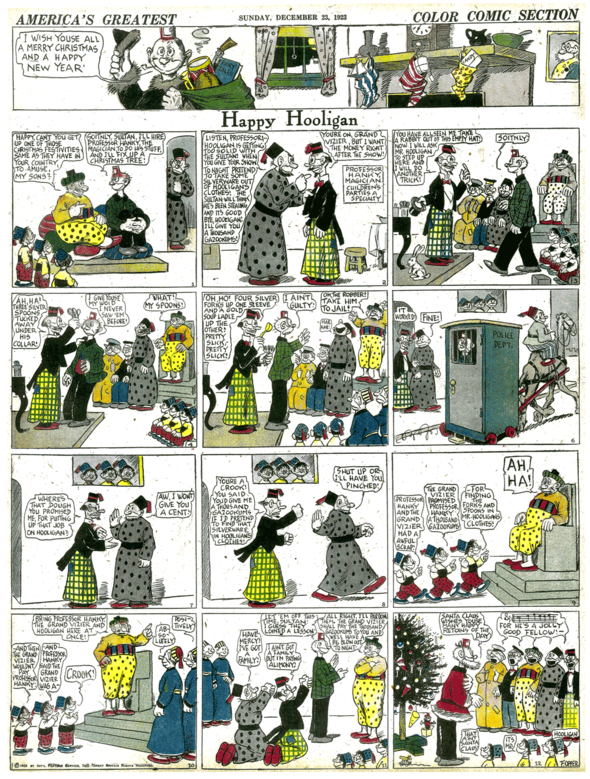 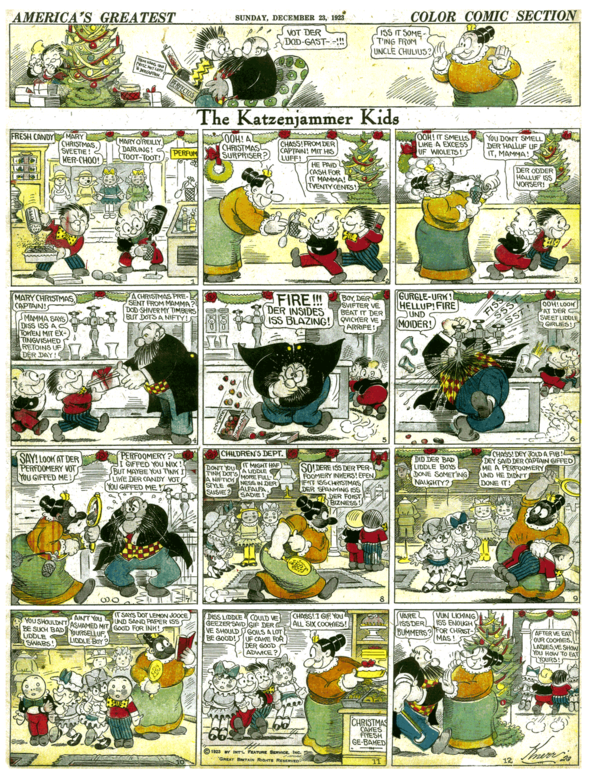 THE KATZENJAMMER KIDS by Harold Knerr 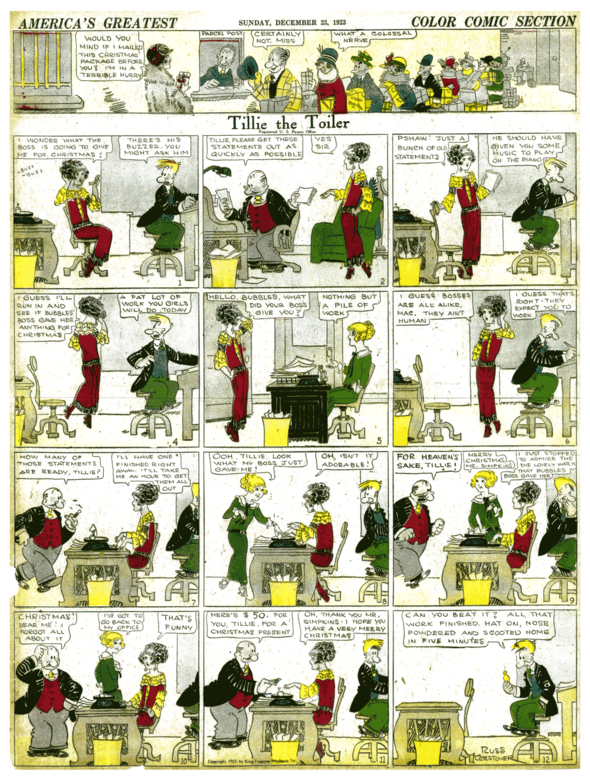 TILLIE THE TOILER by Russ Westover 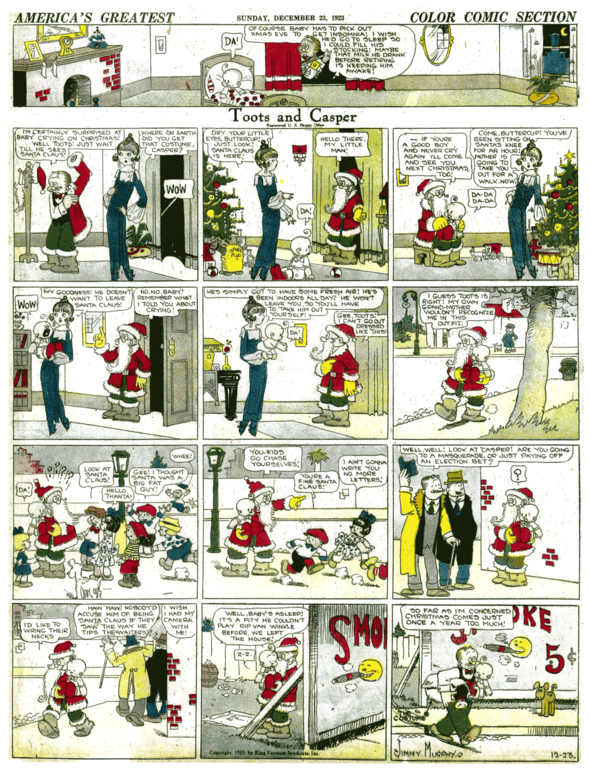 TOOTS AND CASPER by Jimmy Murphy

And last but not least, on to our Mail Bag.

To Mike Smith-
Judge Parker is now a Hearst strip, but in 1964 the syndicate was Publisher’s, or, Publisher’s Newspaper Syndicate, to be exact. It was a smaller syndicate that later merged with the Hall Syndicate, which eventually became Field Enterprises and then News America Syndicate, and finally NORTH America Syndicate when it was  acquired by Hearst in 1987. So way back then, nobody had any idea it would have anything to do with us.

Warmest greetings to you and your families from your friends at King Features Syndicate and your humble Archivist.