It’s that time of year– well, that is to say, the end of it!  As the year draws to a close, I’ve asked our cartoonists to tell us about their resolutions for 2017!

This year I’m resolving not to do as many strips about Beetle goofing off and taking naps. I find that just thinking about Beetle naping makes me sleepy and I wake up a half an hour later, a pencil in my hand and no gag. I’m going to try thinking up more gags about Beetle playing golf. I’ll see if that works better.

…when incompetence and a Twitter account were not yet a requirements for running the country—and Trump was still the butt of jokes told by effete media liberals like me …..

The only resolution I’m prepared to divulge is that I’m not going to take or be in any selfies! It’s the narcissistic nature of this that bothers me and I hope to last beyond February. 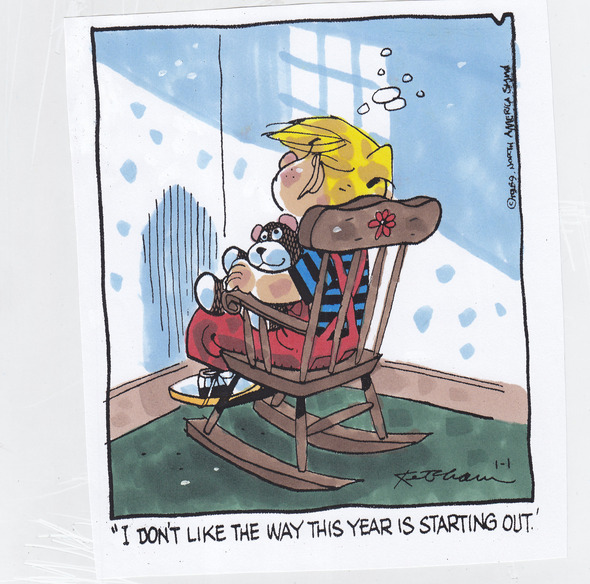 I’m sure Loweezy and Elviney would say their New Year’s Resolution for 2017 would be to stop gossiping’…but that’s NEVER going to happen!  Happy New Year from everyone in Hootin’ Holler!  We hope you have a bodaciously blessed 2017!