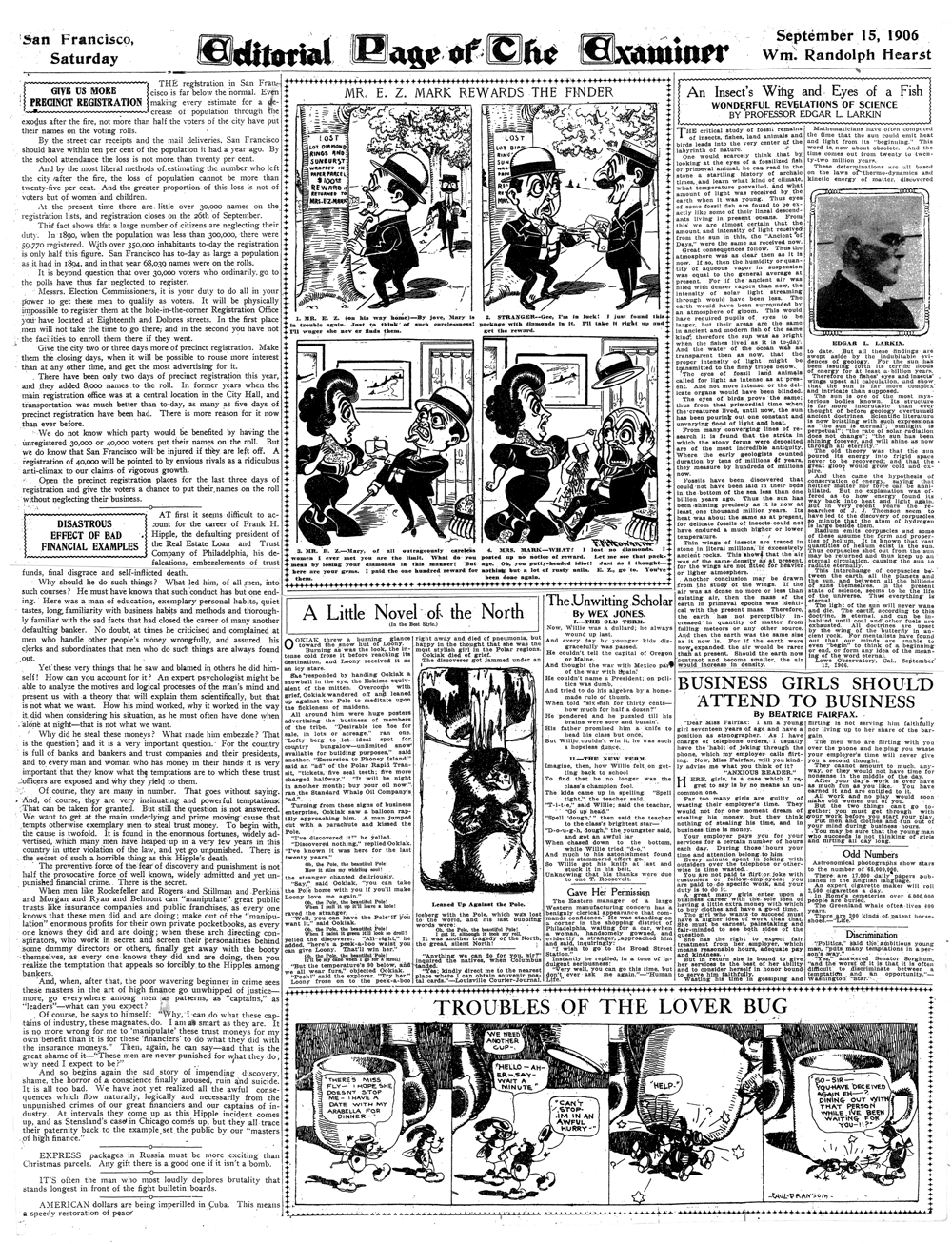 We did a series on the Hearst Sunday PUCK section a few weeks ago. I thought the development of the daily page might be of interest, so…

Originally the Hearst daily paper would have a one panel cartoon, usually an editorial on the back, but by 1901, several “weekday,” not yet actually daily, series were seen, including Our Antedilluvian Ancestors by Opper and the earliest version of Gene Carr’s Lady Bountiful.  Gradually, the back page cartoon was met by others, until several comics appeared every day. In 1913, the idea of having a full comics page began. There were different comics assigned to the evening and morning papers, for instance, Bringing up Father was usually in the mornings and Krazy Kat in the evenings. 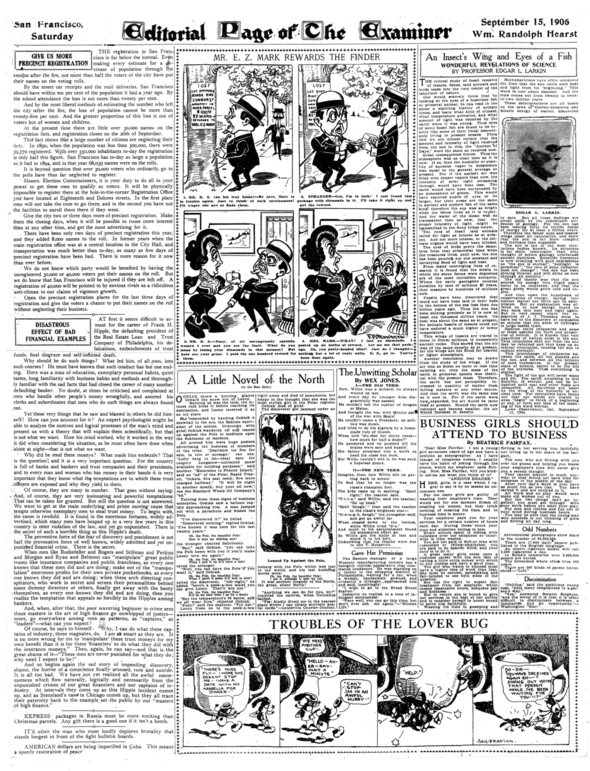 SAN FRANCISCO EXAMINER 15 September 1906 You might remember E.Z. Mark from this: http://comicskingdom.com/blog/2015/06/18/ask-the-archivist-mr-e-z-mark 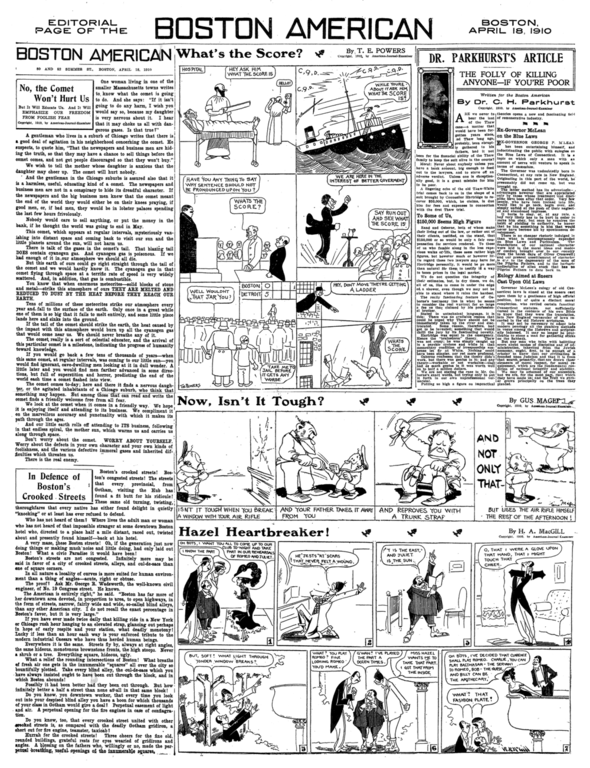 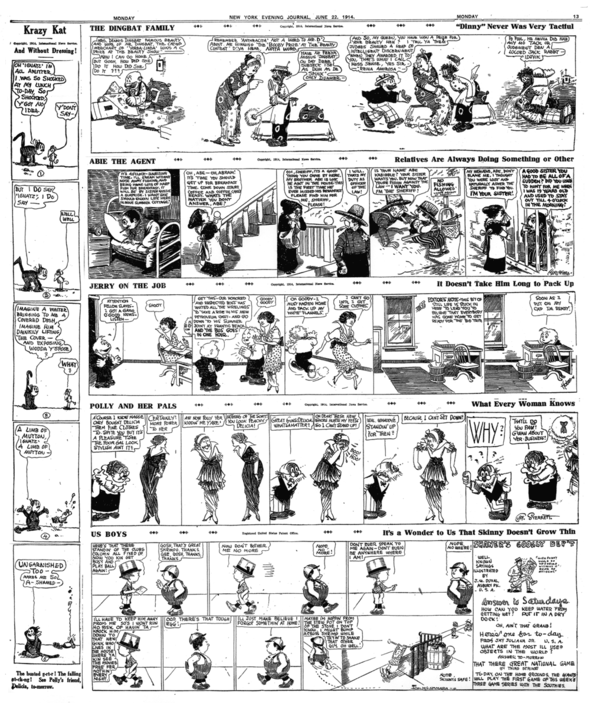 NEW YORK EVENING JOURNAL 22 June 1914
This was the format of the first solid page of evening strips. 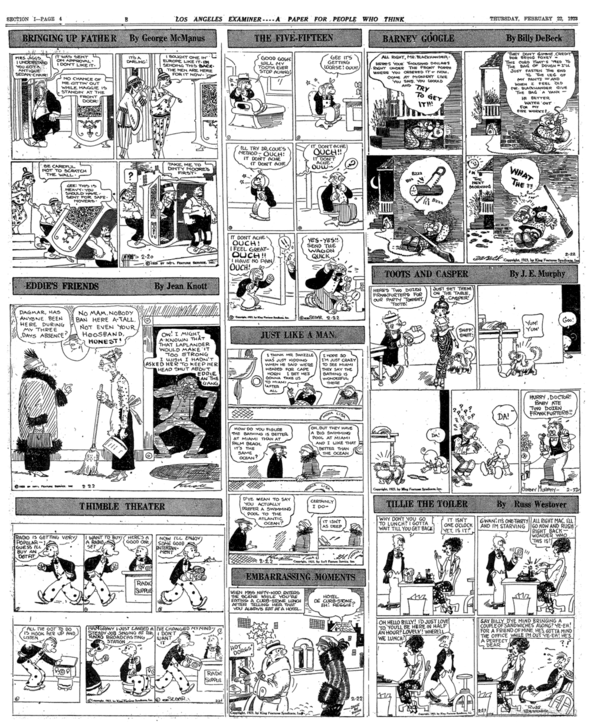 LOS ANGELES EXAMINER 22 February 1923 This was one of the morning versions. 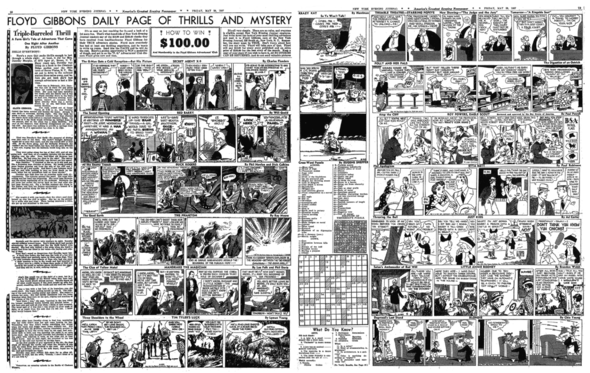 NEW YORK EVENING JOURNAL 28 May 1937
By this time, the evening had become so filled with strips, two pages were seen. 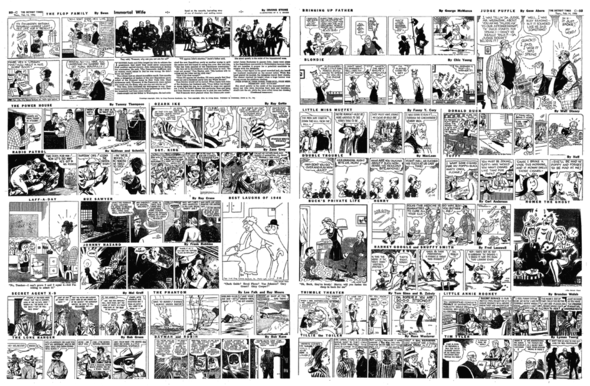 DETROIT TIMES 14 February 1946 This is as packed as it can be.
Notice that a few non-Hearst titles are seen. 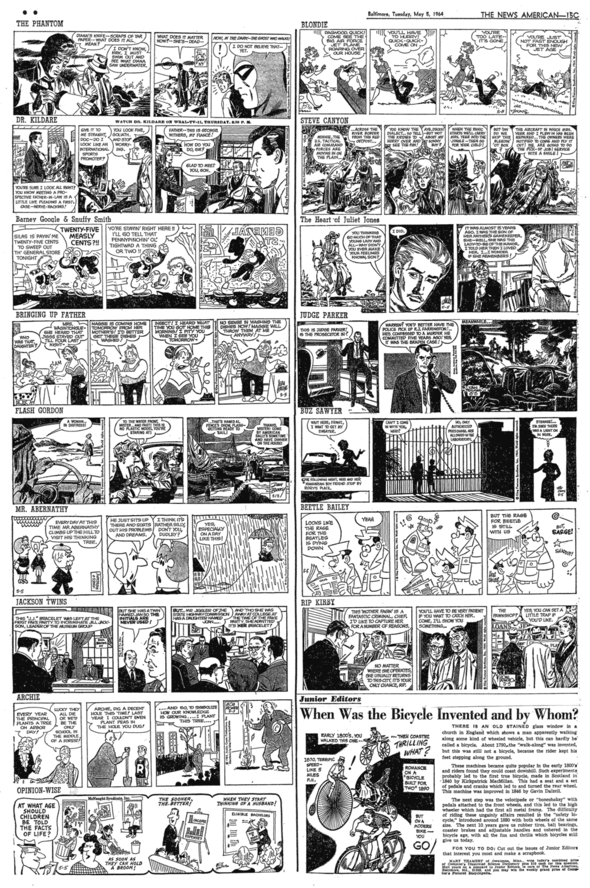 BALTIMORE NEWS-AMERICAN 5 May 1964 By the 1960s, many papers in the chain no longer felt compelled to use just Hearst dailies, or overstuff two pages. Here’s toward the end of those days.

Maybe Tim Tyler’s Luck would be a good pick, but you see, there are a lot of gaps in the files from the early years, and we couldn’t offer a continuity that was incomplete. Maybe we’ll put out something later from the postwar years.

Yes, I remember when the Journal-American file was added, what a disappointment that it was but one short stretch of weeks in 1938! If it might have been for the run of that title, 1937-66, it’d be a great, or even more, the American or Evening Journal before it. It’s almost like a stray reel of the J-A got caught in the mix by accident. Same thing goes for the windy city equivalent, the Chicago Evening American, which is only December 1921-January 1922.