As someone with both Christian and Jewish family, I’m very excited that Hanukkah is overlapping with Christmas this year!  Since the Christian side of my family is Italian, the family traditions of frying dough work out perfectly with the traditions of frying latkes, and I can’t say no to double fried food!  As the holidays are approaching, I asked our cartoonists to tell us about their favorite holiday treats!

I’ve had more than my fair share of sweet, tasty Christmas treats over the years, but I’ve never had gingerbread men quite like the ones Loweezy made in this comic strip from a few Christmases ago!

Back in 2012, Dethany did some online work for Santa 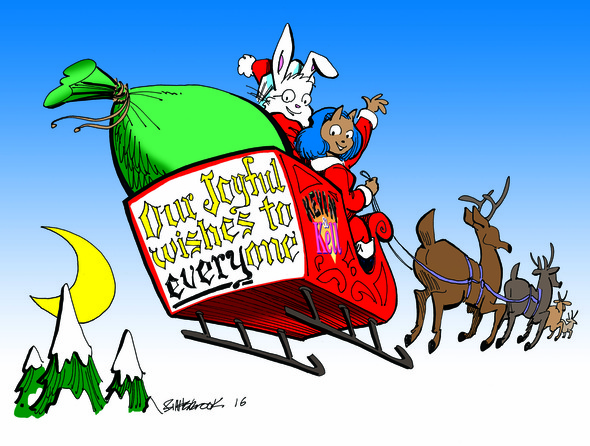 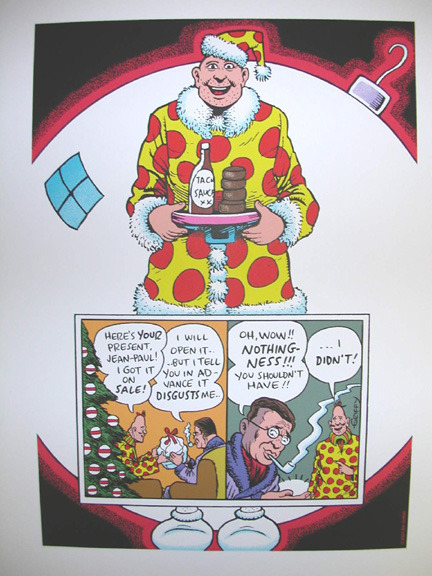 I grew up in a blue collar home in Cincinnati and never felt poor or economically threatened. Dad was a signpainter all his life, and we had the same lifestyle as the plumbers and firemen who lived in our neighborhood. Our Christmas gifts, exchanged on Christmas Eve, tended to be school clothes and underwear and a few games or toys and it all felt perfectly sumptuous. Each year my parents gave one larger gift, which rotated around the family in no discernible pattern.

The Christmas I was fourteen was winding down in the usual way when Dad announced, “Oh, I almost forgot! There’s one more gift, Jim.” He led us all to the basement where stood a pool table covered in aqua blue felt. A new fluorescent fixture hung above the table making the colors of the balls come alive. Though I was looking right at it, I couldn’t comprehend it. This was for me? It seemed impossible. I had to touch the felt to believe it. 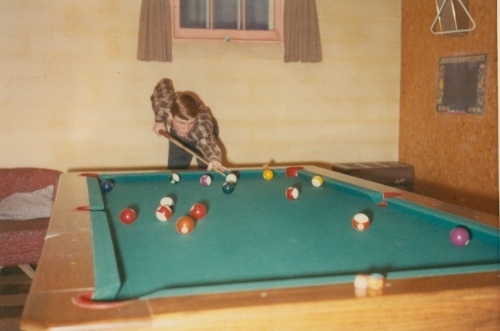 That pool table became the gathering place for my group of friends for several years, especially on summer afternoons when the basement was the only cool place in anyone’s house. And after dinner Dad, my brother Tom and I would often play a few rounds of eight ball or stripes and solids while listening to the Reds on the radio.

Sometimes, as in Dennis Mitchell’s case, it’s not the gifts you GET, but the ones you DON’T GET that are remembered. 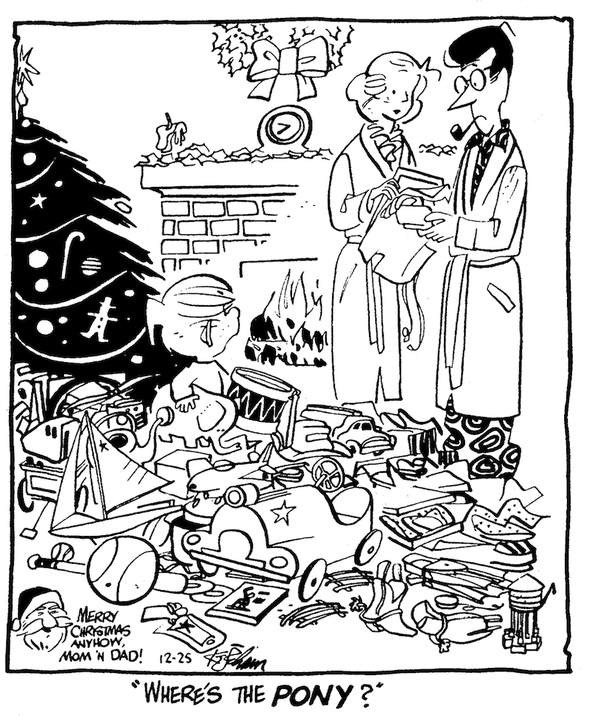