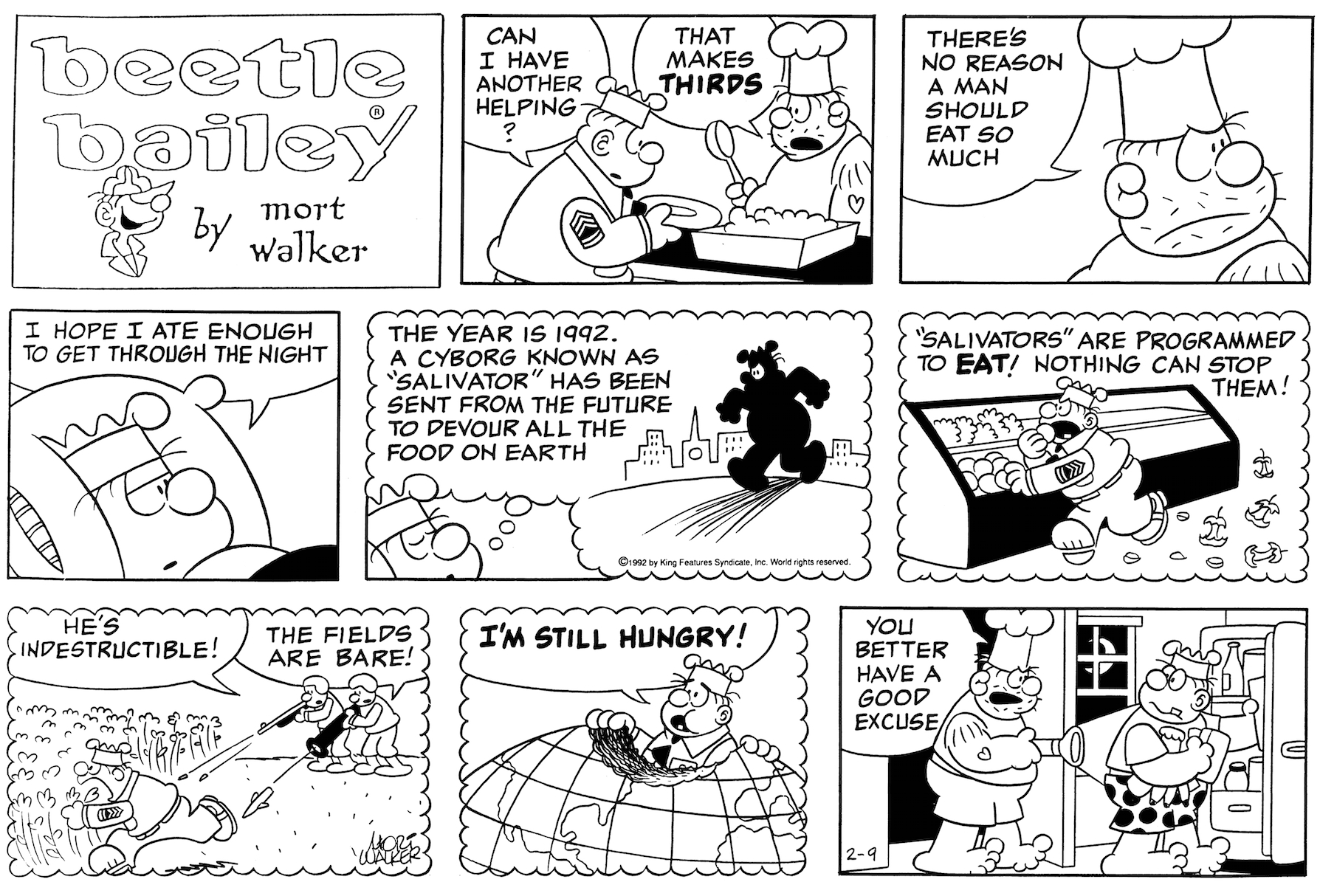 Over the course of the last four decades, Sarge continued to have nighttime fantasies, often induced by overeating, but by the early 1970s, these episodes became less regular. Mort felt that he had milked this formula for every idea he could think of. With a strip that has been around as long as Beetle Bailey – 66 years and counting – there is always the opportunity to revisit classic themes.

I included some of the “Sarge Dreams” pages in the 1984 collection, The Best of Beetle Bailey. I also started writing gags for the strip around this time. In 1992, I decided to resurrect the old formula with a takeoff on the “Terminator” movie franchise. The original film, directed by James Cameron and starring Arnold Schwarzenegger, came out in 1984 and a sequel was released in 1991. In this apocalyptic science fiction fantasy, android assassins are sent from the future to wipe out the last surviving remnants of the human race. Schwarzenegger plays a terminator whose mission is to kill the mother of the future resistance leader John Connor. I cast Sarge as the “Salivator” in this spoof.

Stay tooned for the final Sunday page in the “Sarge Dreams” series.