News Around the Kingdom: Baseball Legends and Inquiring Minds…

The King has been busy in other parts of the realm over the past couple of weeks, but is back today with more News Around the Kingdom. 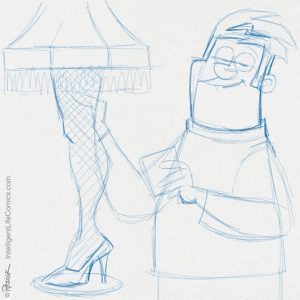 David Reddick (creator of “Intelligent Life”) loves baseball among other pop culture stuffs. He has started a three-weeklong holiday story arc of “Intelligent Life” that was featured on the front page of The Herald Bulletin? newspaper in Anderson, Indiana. That’s hometown to both David Reddick and Carl Erskine, the 1955 World Series champ for the Dodgers!  You can read  the storyline beginning HERE.

The BEETLE BAILEY Blog Looks Back at Baseball… 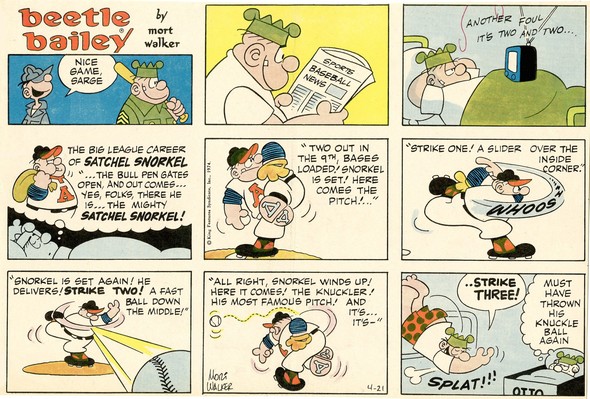 In related news, Brian Walker picks up the baseball theme for BEETLE BAILEY in “Sarge Dreams.” He reports that this baseball fantasy was almost certainly conceived by Jerry Dumas. Born in Detroit in 1930, Jerry was a lifelong Tigers fan and a devoted student of the game. He was hired by Mort Walker in 1956 and worked on Beetle Bailey for over sixty years. As reported here, Jerry passed away on November 12, 2016 after a valiant battle with cancer. Learn more at BeetleBailey.com 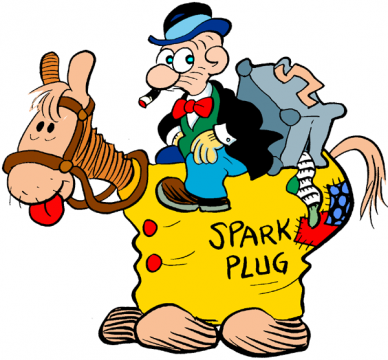 John Rose reported in his blog that Barney Google and Spark Plug returned to the SNUFFY SMITH comic strip for a visit this past week. How cool is that?!? One reader commented that he’s been waiting his whole life to see Barney return! So what’s up?  Barney tries going into the mediation business. Guess how well that works out?!?  If you didn’t catch it, visit John’s blog on SnuffySmithComics.com.

In other SNUFFY news, for those of you in the Shenandoah Valley of Virginia area (or those who might visit), John has been asked by the Arts Council Of The Valley, of which he is a volunteer board member, to participate as one of 32 artists in ACV’s 1st Annual Small Works Invitational Art Show, The show runs through mid-January 2017. Check it out!

HI AND LOIS Finishes the Fall with a  Flourish! 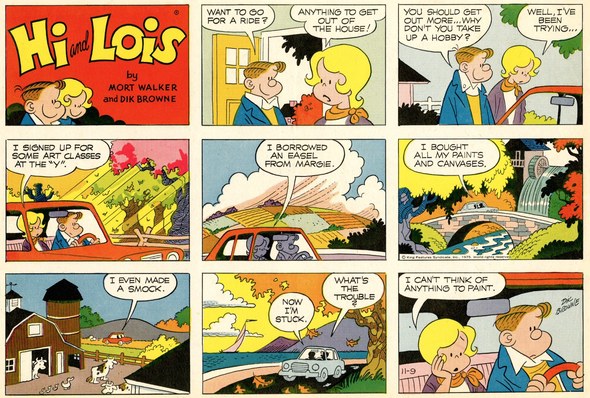 Returning to Brian Walker, he has presented the final episode in his Fall Foliage series for Hi and Lois. In this episode, he displays another beautiful Sunday page by Dik Browne. These scenes are rendered with fine detail, dramatic perspective and balanced coloring. You MUST check it out here at  HiandLois.com

Most recently, MARY WORTH writer Karen Moy has revealed the college that Iris, Zak, and Dawn attend…    Check it out at http://maryworthcomics.com/ 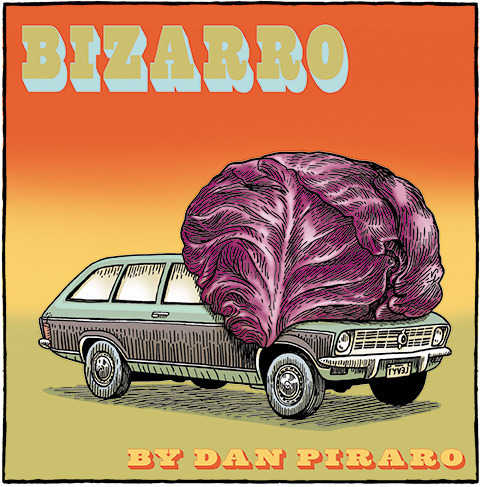 And, last but not least, Dan Piraro, creator of Bizarro,  talks about the strange drawing of a cabbage leaf on a car AND working weeks ahead on his comic strip to ensure a smooth move to his new home South of the Border in Mexico  This is MUST-reading from Dan here:  Bizarro.com  Oh. And, as always, check out his cool comics, too!