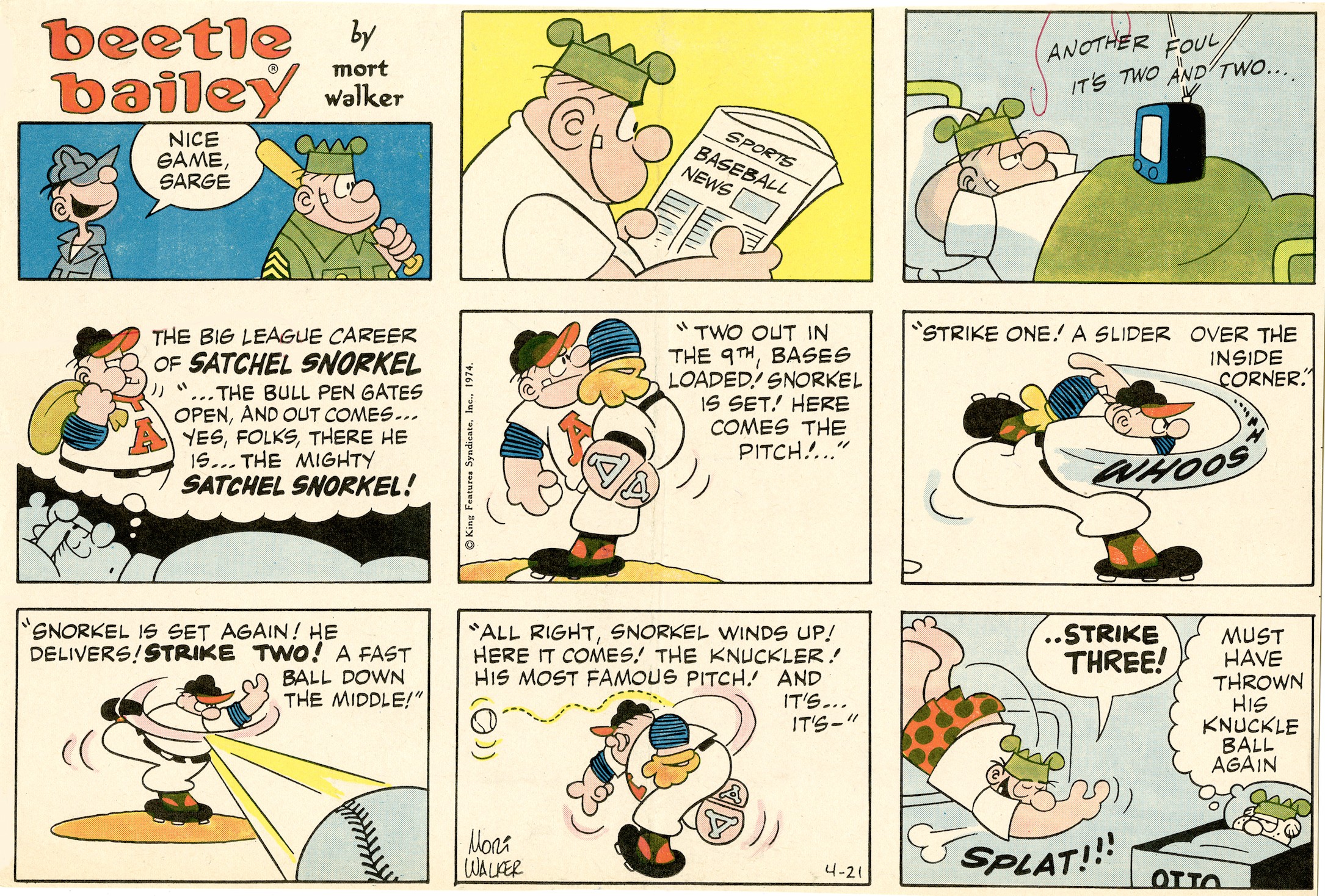 This baseball fantasy was almost certainly conceived by Jerry Dumas. Born in Detroit in 1930, Jerry was a lifelong Tigers fan and a devoted student of the game. He was hired by Mort Walker in 1956 and worked on Beetle Bailey for over sixty years. Jerry passed away on November 12, 2016 after a valiant battle with cancer.

Satchel Snorkel was named after Satchel Paige, the legendary Negro and Major League player whose career spanned five decades. He started on the semi-pro Mobile Tigers in 1924 and pitched his final game for the Pennsylvania Grays in 1966. When he joined the Cleveland Indians in 1948, at the age of 42, he became the oldest rookie in Major League Baseball history. He represented the St. Louis Browns in the All Star game in 1952 and 1953 and was inducted into the National Baseball Hall of Fame in 1971.

Paige had an infectiously positive outlook on life and attracted huge crowds wherever he pitched. Among his many immortal quotes were: “Don’t look back, something might be gaining on you” and “Age is a question of mind over matter. If you don’t mind, it doesn’t matter.”

There are only two more episodes in the “Sarge Dreams” series, so stay tooned.