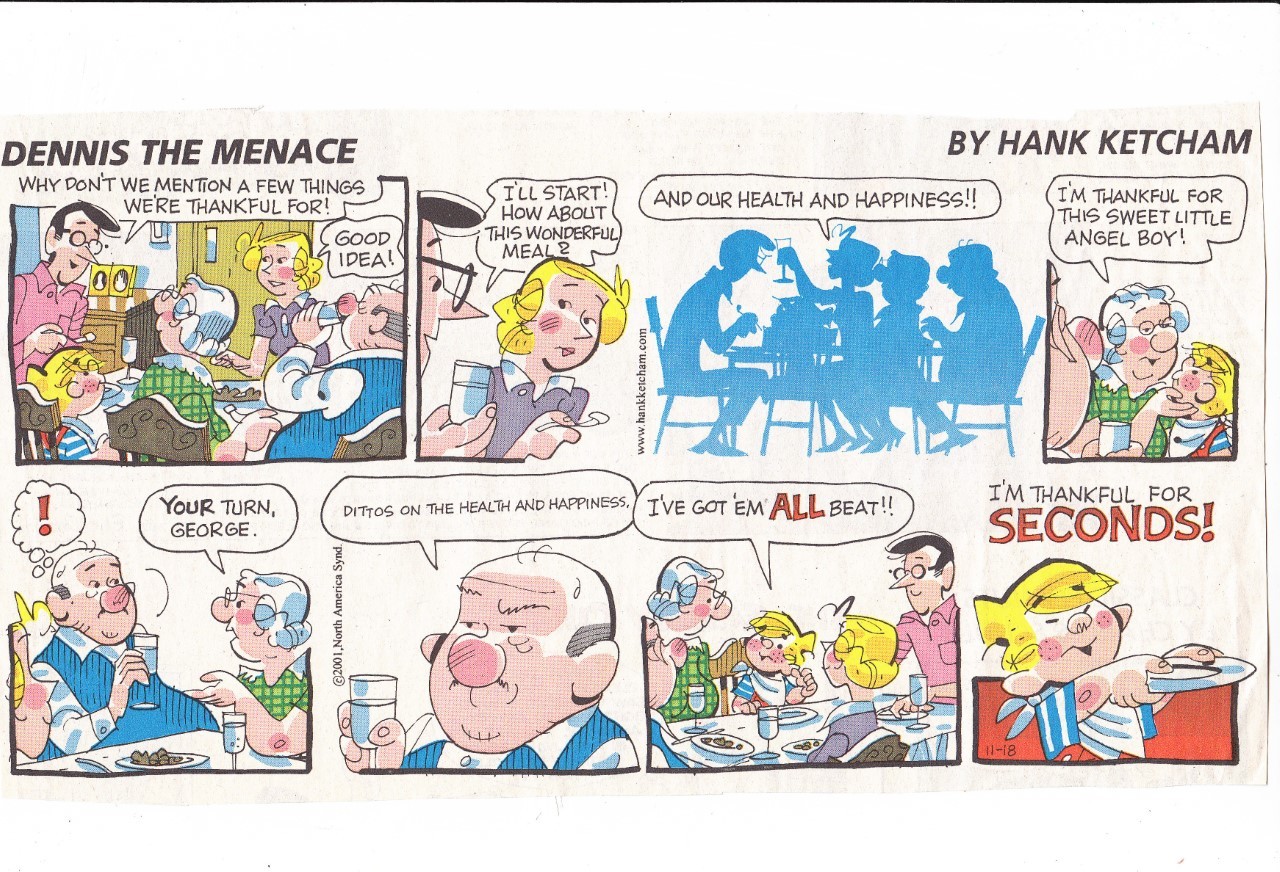 Every year for Thanksgiving, I ask our cartoonists what they’ve been grateful for in the past year.  Here are this year’s answers!

I’m thankful for a job that allows me to live anywhere in the world and the boys I travel with: Duncan and Billie! 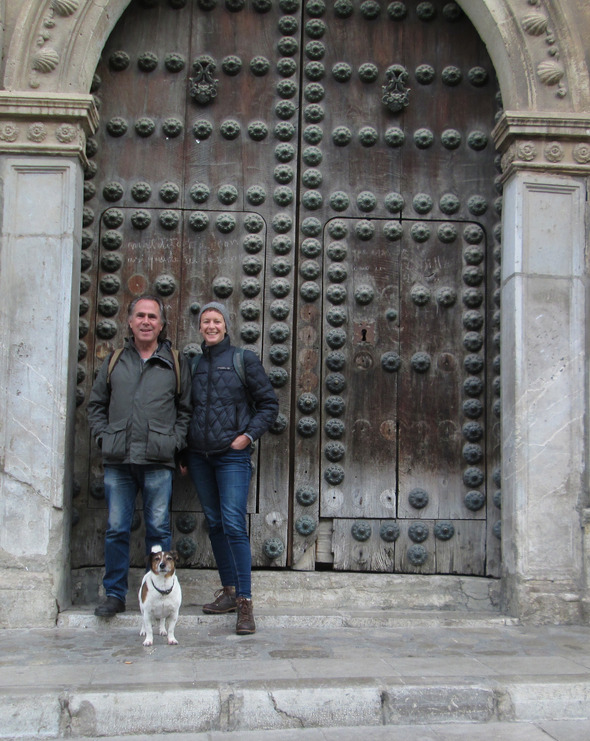 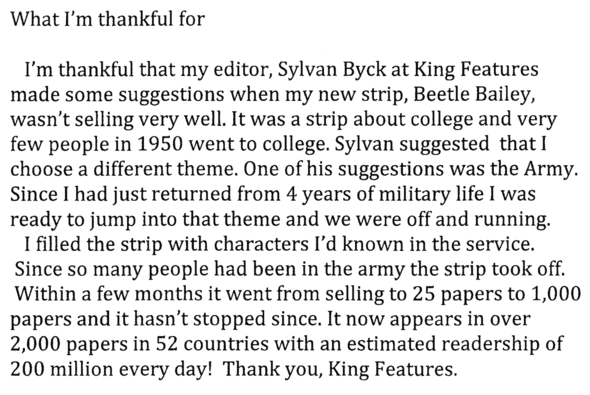 I’m not feeling much to be thankful for this Thanksgiving. There’s  something about a white nationalist in the White House that doesn’t  give me warm & fuzzy thoughts.
Zippy, however, focuses on less weighty matters  as he gazes up at the  Gotham skyline and its multitude of cute water tanks (ignoring all the  super-skinny skyscrapers inhabited mainly by Russian oligarchs).

It’s nice to see that the Mitchells and the Wilsons have their priorities in order on Thanksgiving! 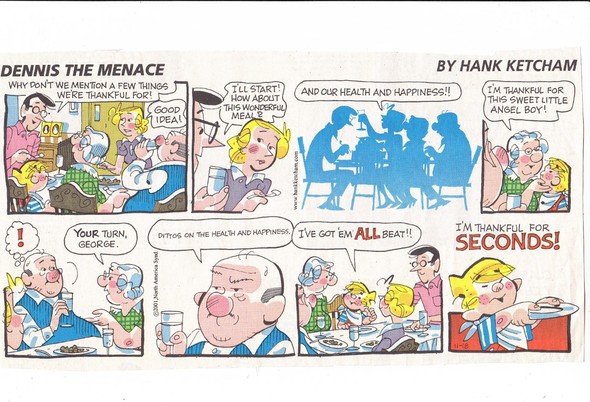 Here’s a real blast from the past; “Safe Havens” from 1990 when Samantha was just four years old. Note the old school tech.

Even though his stomach may hurt from overeating in this Thanksgiving Day comic strip from a few years ago, Snuffy Smith is ALWAYS thankful for Loweezy’s delicious cooking!

I’m thankful for DRAWING TURKEYS THEY ARE SO FUN TO DRAW. 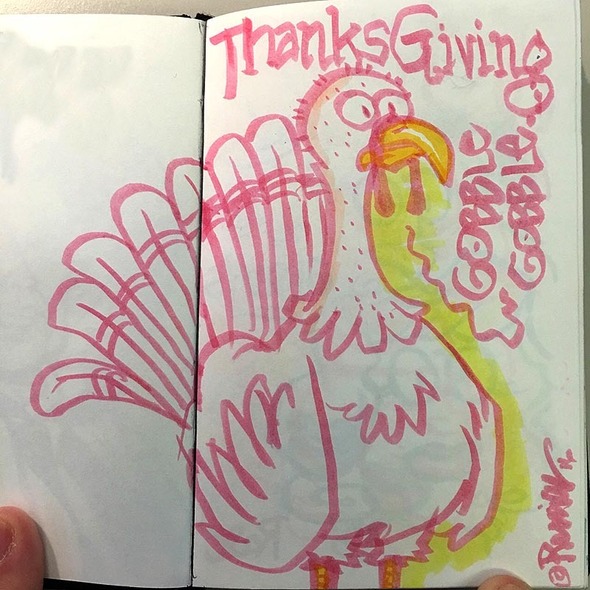 I had a wonderful father, but unfortunately, he passed away many years ago. Still, I’ve been lucky to have had two great father figures in my life: my dad and — currently — my mother’s long-time boyfriend, Aaron. The side character, Harv, is loosely modeled after Aaron.

Last year, I created a Thanksgiving story line where Jill’s mom, Judy, briefly broke up with Harv. It was fictional, but poor Aaron had to endure phone calls from concerned friends who read about the “break-up” in the paper. Luckily, Judy and Harv’s relationship is still going as strong as my mom and Aaron’s. That’s definitely something to be thankful for.