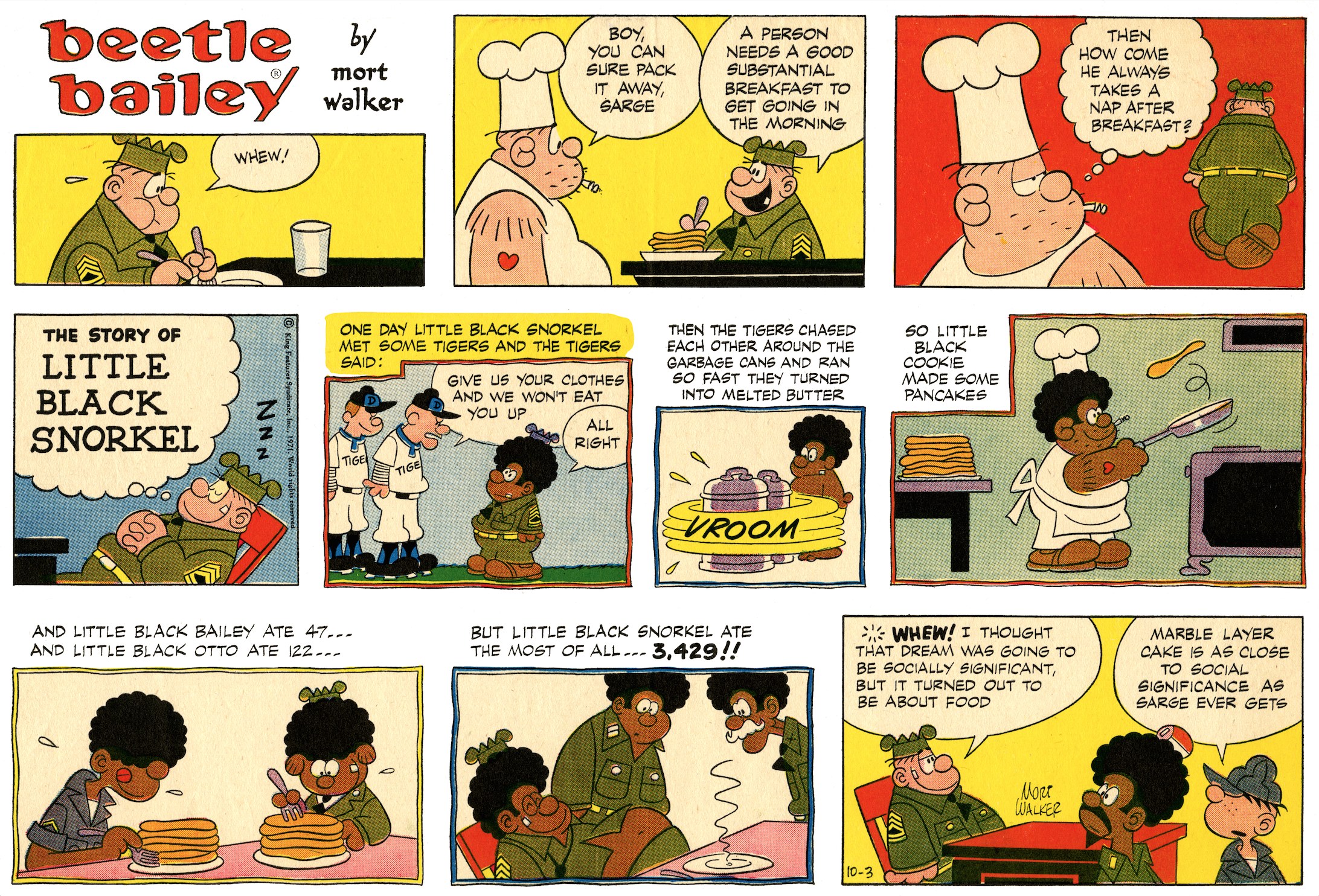 The Story of Little Black Sambo was written and illustrated by Scottish author Helen Bannerman and first published in 1899. The plot revolves around a young boy who gives away his possessions to four tigers so they won’t eat him. This children’s book was a classic for many years but in 1932 poet Langston Hughes criticized the “pickaninny” images in the book and many libraries stopped circulating copies. Defenders pointed out that Sambo was the hero of the story and presented a positive role model for kids. In more recent years, Little Golden Books published a new version, The Boy and the Tigers, with illustrations by Valeria Petrone. Little Sambo was renamed Little Rajani.

Lt. Flap, the first major black character in Beetle Bailey, made his first appearance on October 5, 1970. Mort Walker’s decision to make Flap an officer with a cool, confident attitude and a modern sense of style was right on target, as he became a favorite with readers.

The Story of Little Black Snorkel was published a year after Lt. Flap made his debut. Although this was meant as a light-hearted spoof of the original children’s book, these black caricatures would not be acceptable in today’s newspapers and should be viewed in the historical context of that era.

Stay tooned for more episodes in the “Sarge Dreams” series.