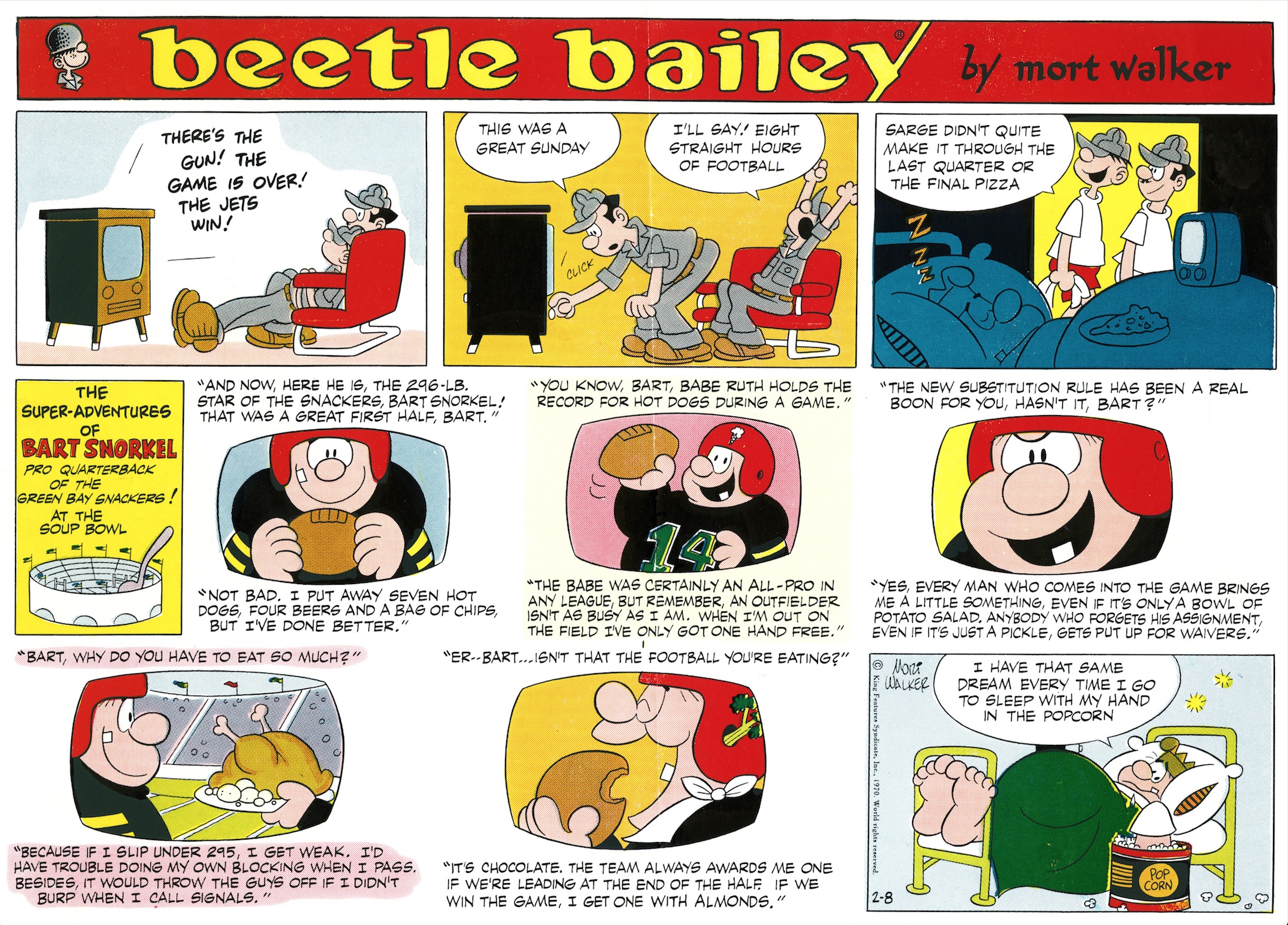 In the second Super Bowl in 1968, the Packers beat the AFL Raiders. In 1969, the AFL champion Jets upset the NFL champion Baltimore Colts.

The Beetle Bailey Sunday page above, references the Jets in the opening panel. After overindulging on pizza, Sarge dreams that he is Bart Snorkel, quarterback of the Green Bay Snackers. Bart tells the announcer during the halftime interview about how much he managed to eat in the first half. Sarge wakes up at the end with his hand in a bucket of popcorn. Super Bowl IV, in which the AFL Chiefs beat the NFL Vikings was played on January 11, four weeks before this page ran in newspapers.

The next “Sarge Dreams” episode is an unusual one from 1971 so stay tooned.