News Around the Kingdom: KFS Cartoonists Do a Jumble Takeover — and More!

Jeff Knurek has posted the news that the Dustin boys (Steve Kelley & Jeff Parker) will show up the week of 11/14-19 in this year’s lineup of guest cartoonists for the Jumble puzzle.  Other King Features cartoonists joining the fun include Mike Peters, Terri Libenson and Eric Reaves. Click here to check it out.

Rhymes With Orange cartoonist Hilary Price will be hosting her annual Open Studios Event on Nov. 12 & 13. Check it out — and all the other fun news in her Autumn Edition: The Charming-Yet-Infrequent Newsletter! 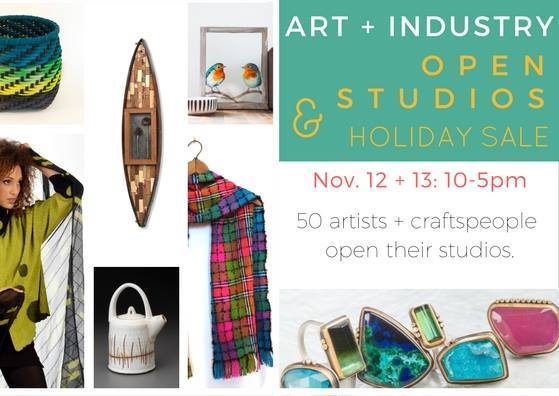 Drop in for Hilary Price’s Open Studio event if you’re in the neighborhood!

Arctic Circle cartoonist Alex Hallett has posted her Inktober offerings. A friend suggested that she NOT add the captions to her illustrations of common sayings. It was much more fun to guess them instead. See if you can figure out what they all are!

Brian Walker continues his “Sarge Dreams” series in the Beetle Bailey blog. This week, Sarge watches a golf tournament on TV just before retiring for the night.  In his dream, he’s a pro golfer. In reality? Not quite so…  Check it out here: http://beetlebailey.com/ 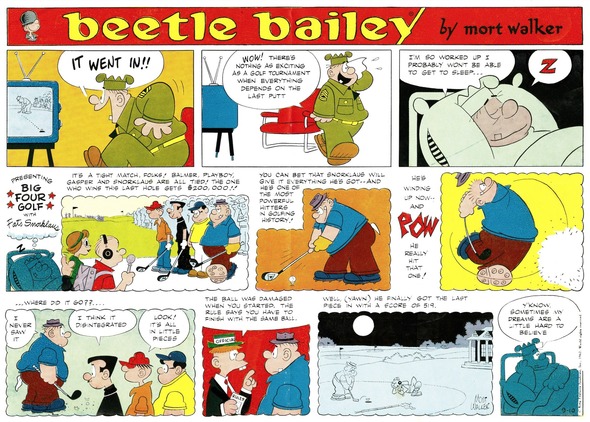 Meanwhile, in the Hi and Lois blog, Brian continues the Fall Foliage series with a look at the process Dik Browne used to render the beautiful Sunday page. Learn more here: http://hiandlois.com 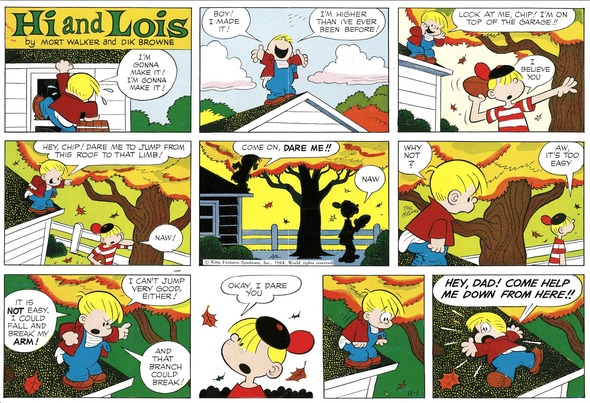 Intelligent Life cartoonist David Reddick shares a sketch from his pocket notebook and hilarious art from one of his fans. See it here: http://intelligentlifecomics.com/ 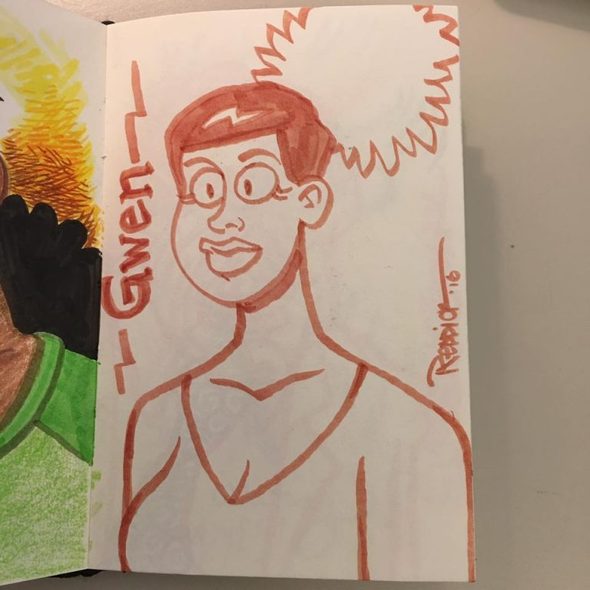 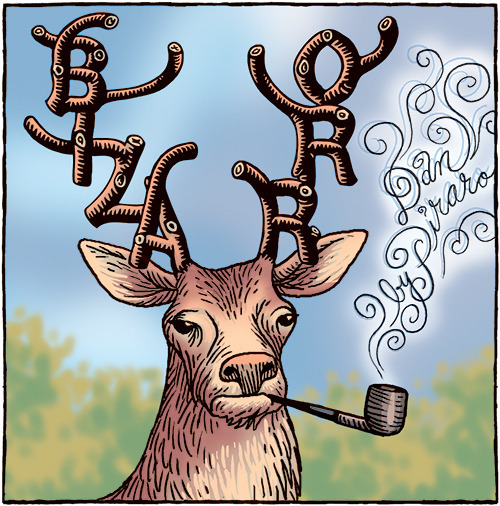