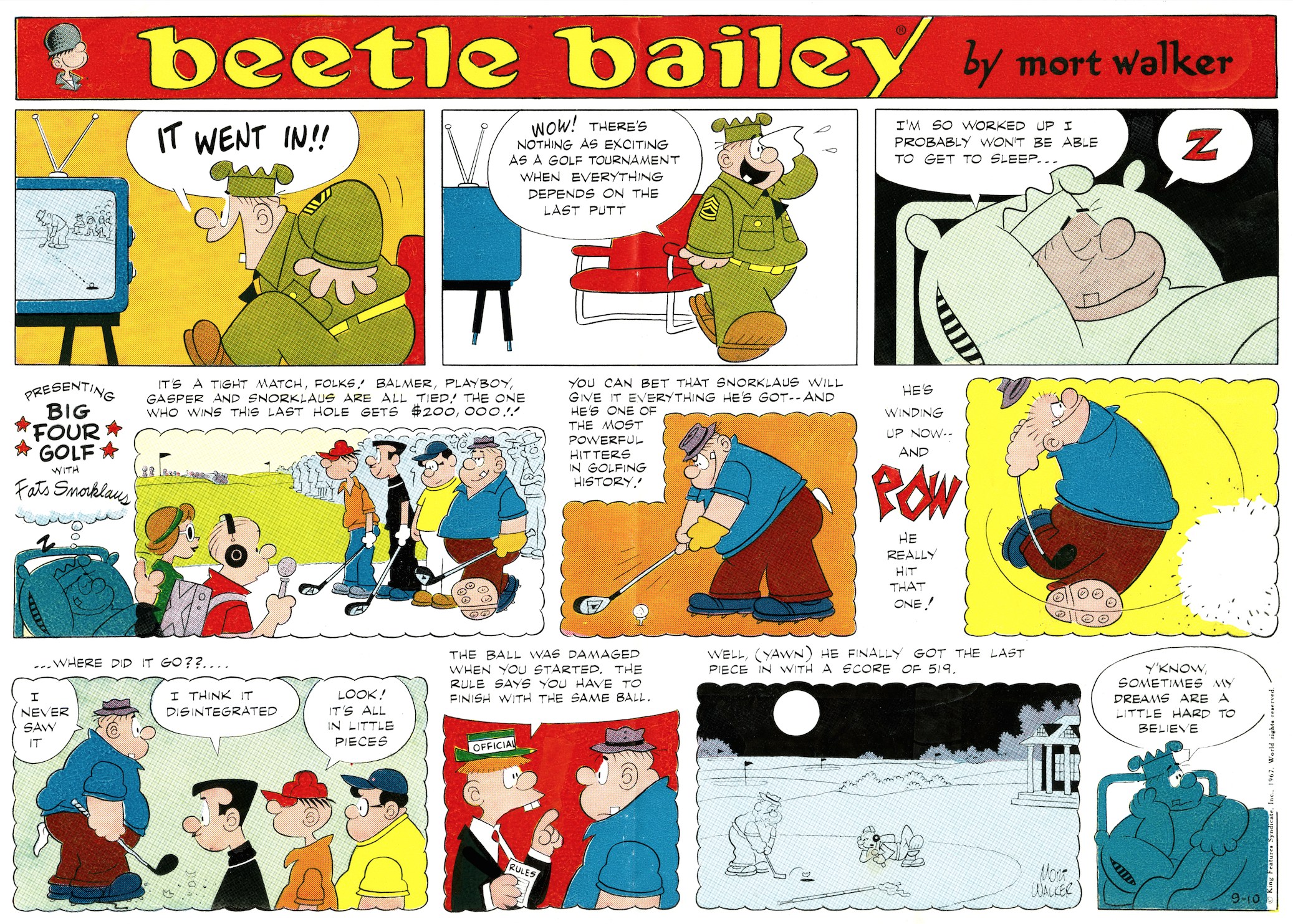 After watching a golf tournament on television, Sarge fantasizes that he is Fats Snorklaus, a professional golfer. His competitors are Balmer (Beetle as Arnold Palmer), Playboy (Killer as Garry Player) and Gasper (Plato as Billy Casper). On the final hole, Sarge/Fats pulverizes the ball and doesn’t finish getting all the pieces in the hole until after dark.

In 1967, Jack Nicklaus won five tournaments on the PGA Tour, and was the player of the year with $188,998 in winnings. Arnold Palmer won the Vardon Trophy for the lowest scoring average.  And Mort Walker was an avid golfer and fan of the game.

The next “Sarge Dreams” page is also sports-oriented, so stay tooned.