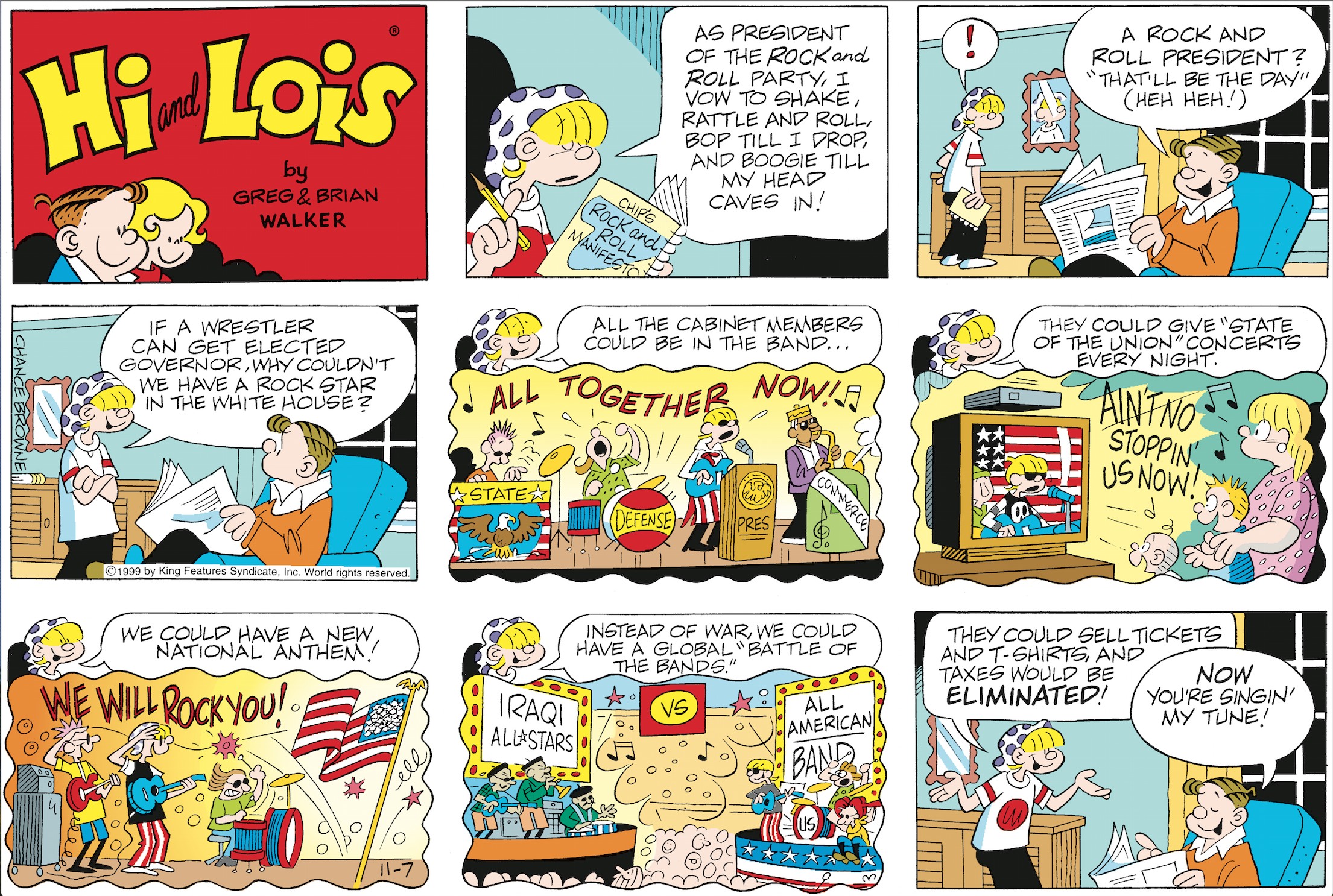 I wrote this episode when Jesse Ventura, a former professional wrestler, was elected governor of Minnesota in 1999. The line between entertainment and reality in American politics has become increasingly less defined since that time. The prospect of a rock and roll musician running for president does not seem so ridiculous now. Who knows? Some of Chip’s ideas might actually come to pass.

We hope all of our readers exercise their right to vote and cast their ballots for the candidates of their choice on election day next Tuesday.