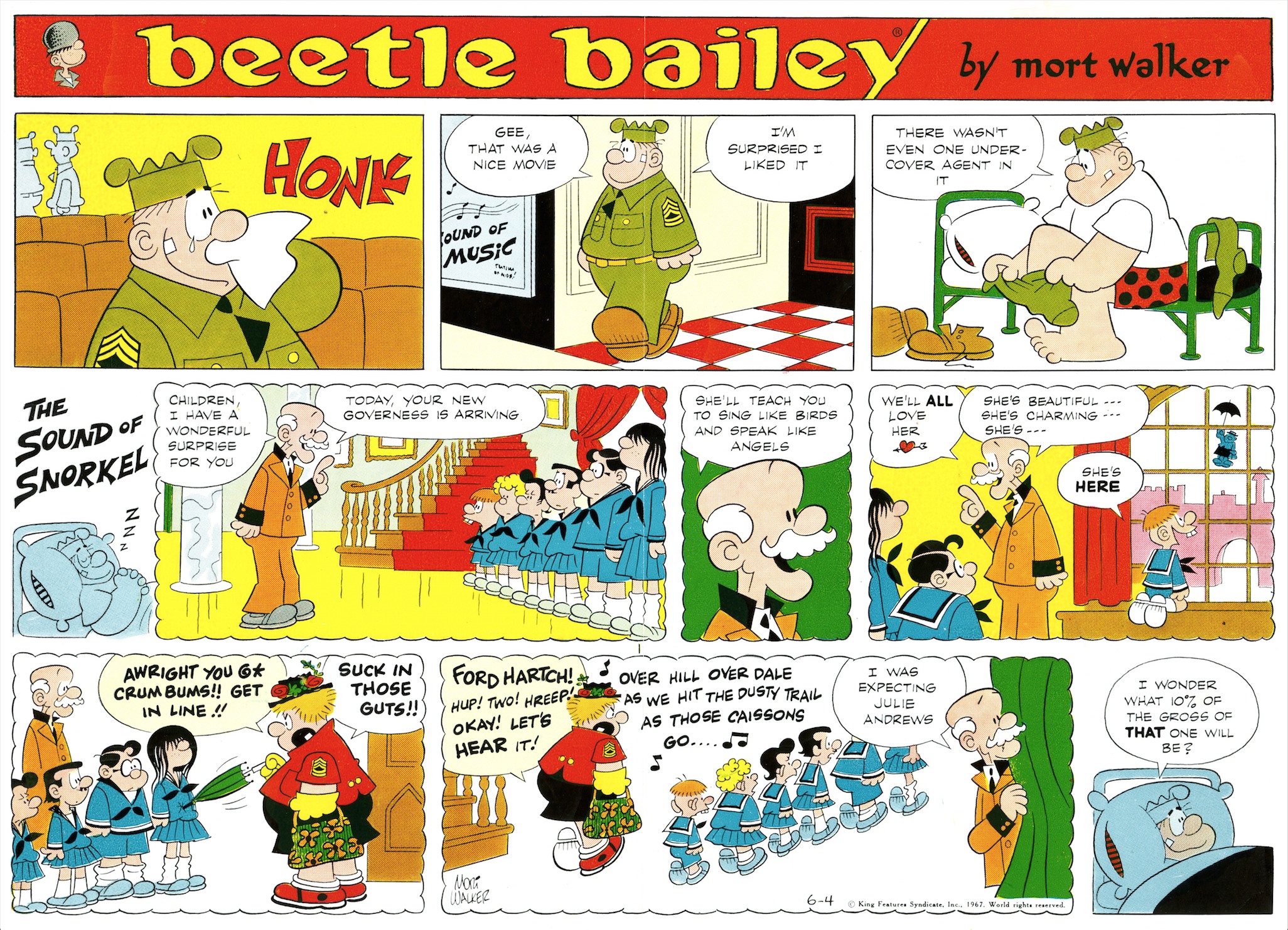 The film version of The Sound of Music, which was adapted from the 1959 Broadway musical composed by Richard Rodgers with lyrics by Oscar Hammerstein, was released on March 2, 1965. Based on the memoir, The Story of the Trapp Family Singers, the movie starred Julie Andrews as a governess who is hired by a widowed naval officer, played by Christopher Plummer, to take care of his seven children. It was the highest grossing film of 1965 and by November 1966, became the highest grossing film of all time, a distinction it held for five years.

In the Beetle Bailey episode above, General Halftrack is Captain Georg von Trapp, Sarge is the governess Maria, and Zero, Julius, Rocky, Killer, Plato and Beetle are the Von Trapp children.

In the sixth panel, Sarge is shown floating down to the villa with an umbrella, a reference to Mary Poppins, a 1964 film that also starred Julie Andrews. He then proceeds to bark orders at the children and soon has them marching in formation. Most of Sarge’s dreams are food-induced but this one occurs after he sees The Sound of Music at a movie theater.

The next episode in this series has a historical theme, so stay tooned.