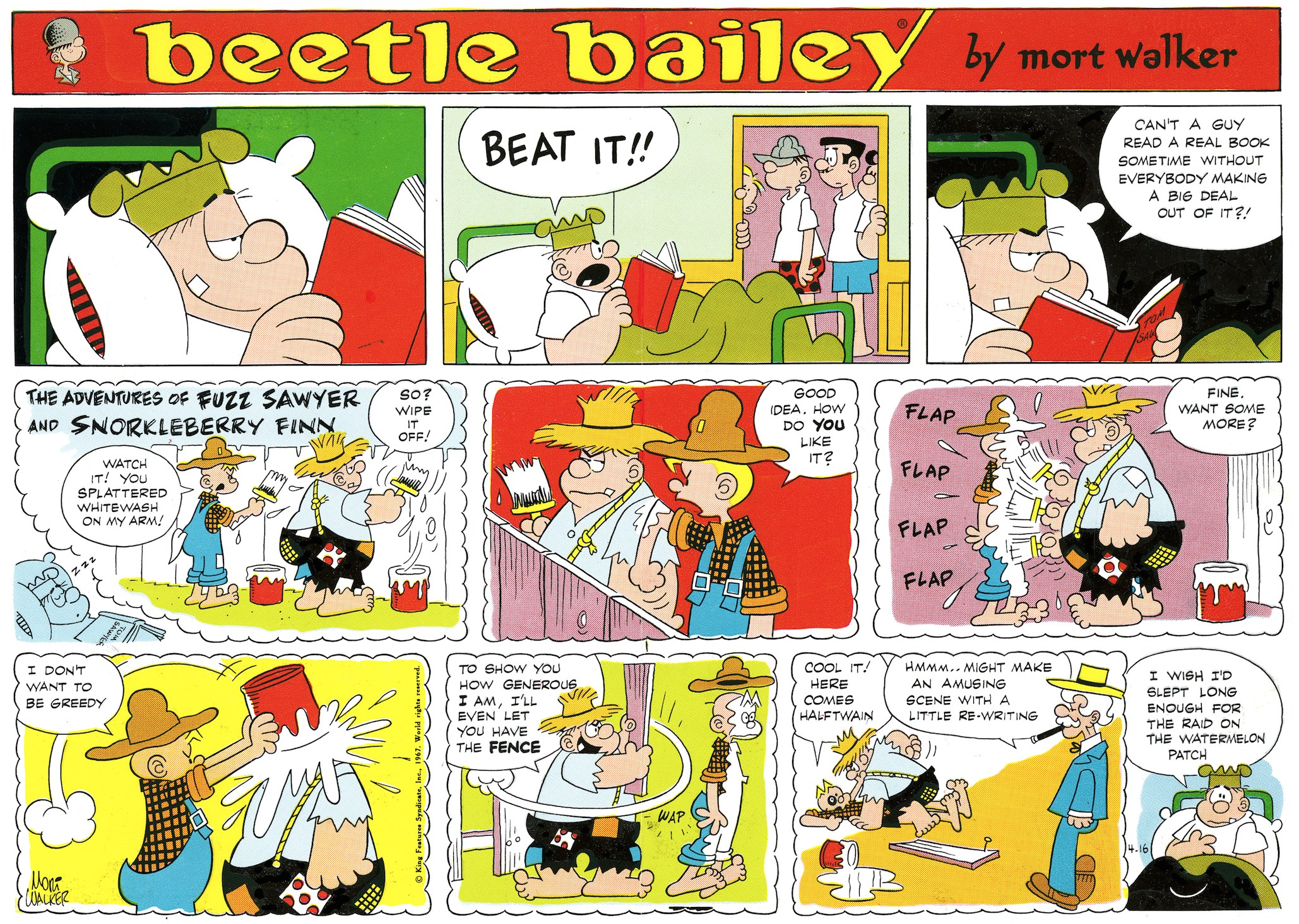 In the first chapter of Mark Twain’s Tom Sawyer (1876), Aunt Polly punishes Tom for skipping school by making him whitewash a fence.

In the second chapter, “Tom appeared on the sidewalk with a bucket of whitewash and a long-handled brush. He surveyed the fence, and all gladness left him and a deep melancholy settled down upon his spirit. Thirty yards of board fence nine feet high. Life to him seemed hollow, and existence but a burden.”

Tom then cleverly proceeded to dupe some of the local boys into giving him gifts in exchange for the privilege of helping with the whitewashing. By the end of the day, the fence had three coats of paint and Tom had collected a hoard of miscellaneous treasures. Tom mused that all it took to make his friends want something was to make that thing hard to get.

Here is how Norman Rockwell pictured the scene. 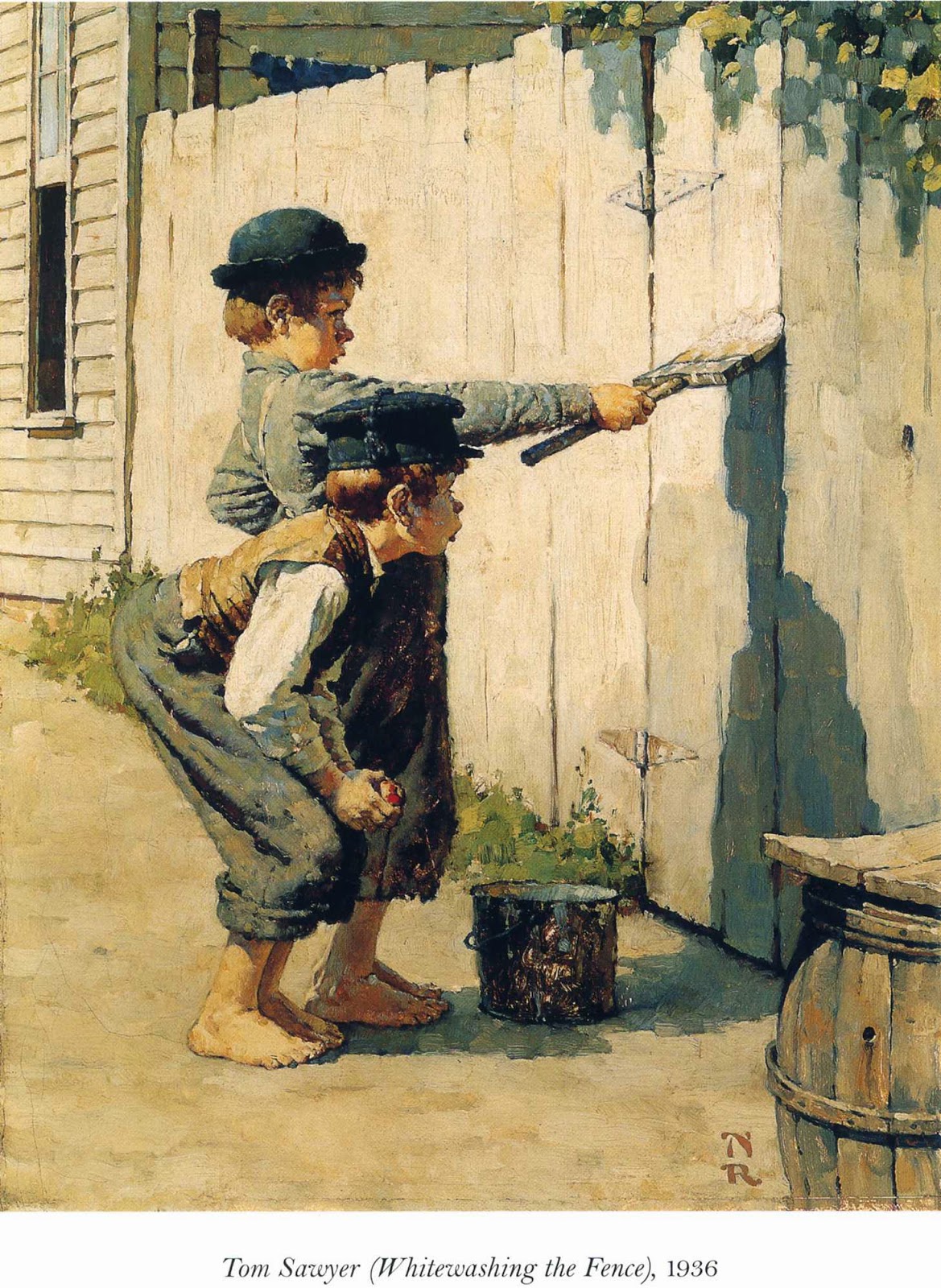 In Mort Walker’s version (top), Fuzz Sawyer and Snorkleberry Finn get into a whitewash fight until Halftwain interrupts. In the end, it turns out it’s just a dream Sarge had after falling asleep reading his copy of Tom Sawyer.

Stay tooned for more episodes from this hilarious 1960s series.