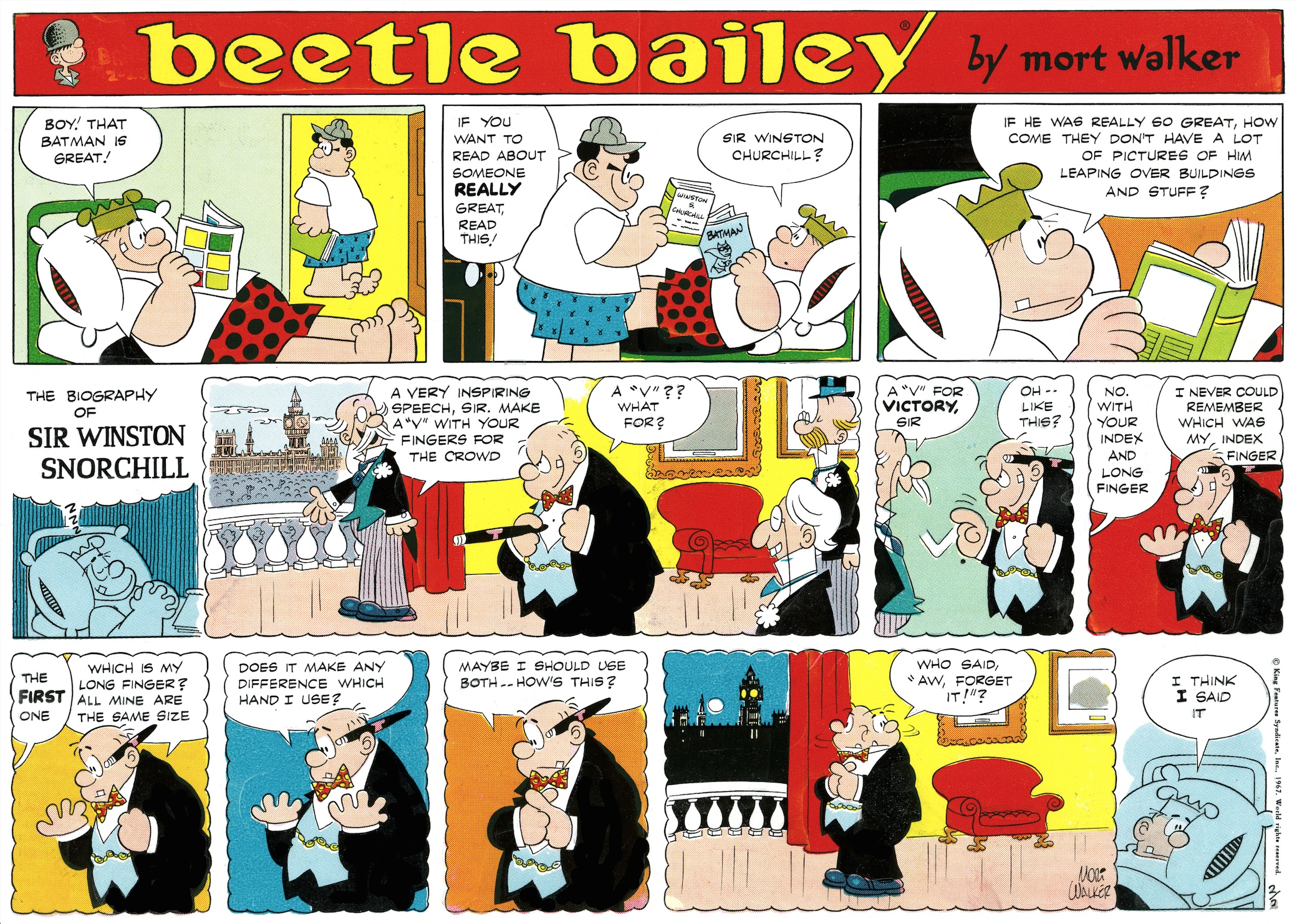 On January 14, 1941, Victor de Laveleye, former Belgian Minister of Justice, urged in a BBC broadcast that Belgians begin using a hand gesture in which the index and middle finger are parted to make a “V for victoire” sign to demonstrate solidarity against the occupying German troops. By July, use of this symbol had spread throughout Europe. On July 19, British Prime Minister Winston Churchill referred to it in a speech and began using the hand signal himself, often with a cigar between his fingers. 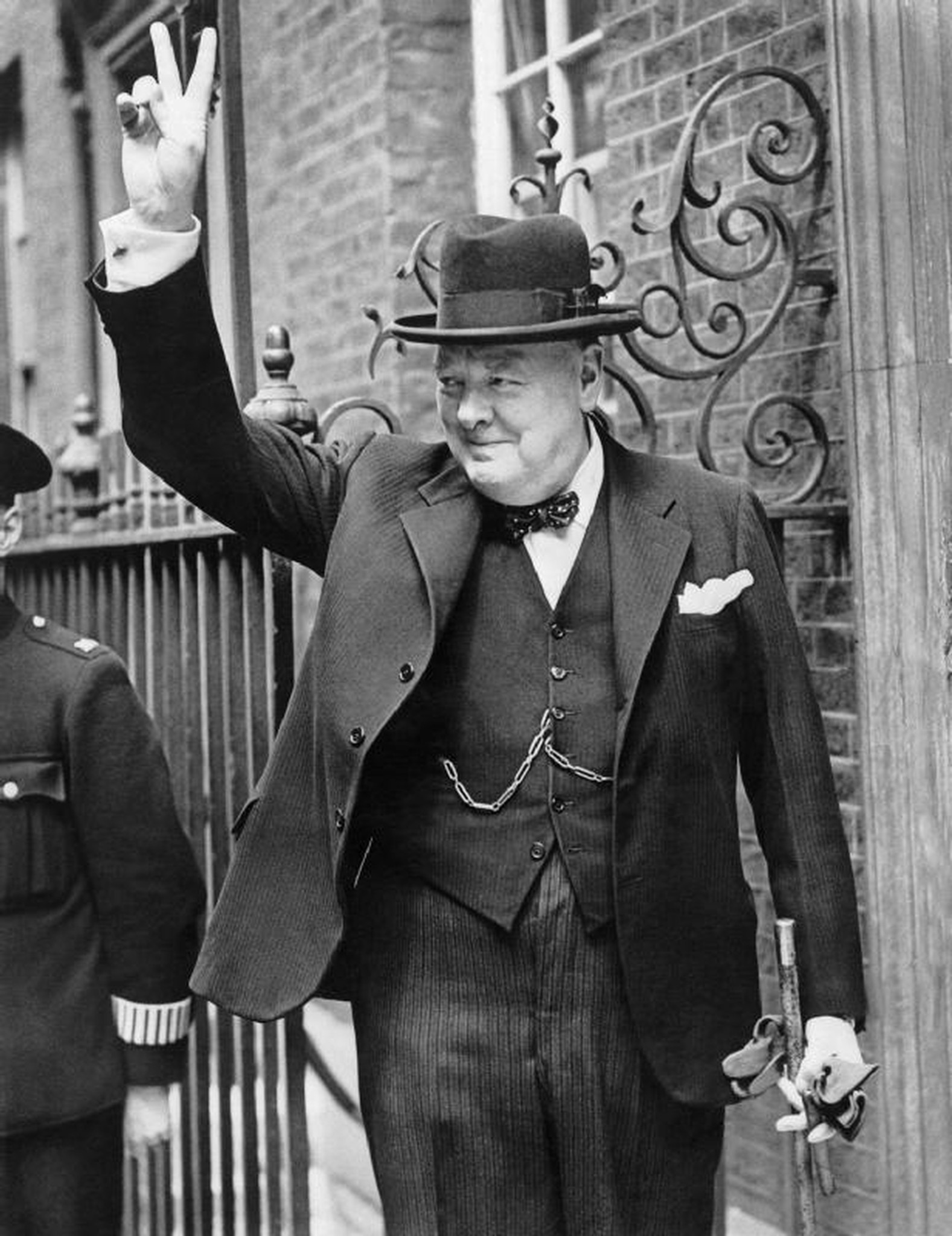 Winston Churchill flashes the “v for victory” sign in 1943.

During the late 1960s and early 1970s, U.S. President Richard Nixon revived the gesture as a sign for victory in the Vietnam War. Protestors countered with their own use of the signal, which became known as the “peace sign.”

In this episode of Beetle Bailey, Sarge fantasizes that he is “Sir Winston Snorchill.” In his clumsiness, he cannot execute the “v for victory” gesture and wakes up thinking, “aw forget it!” He obviously is not destined to be a great world leader.