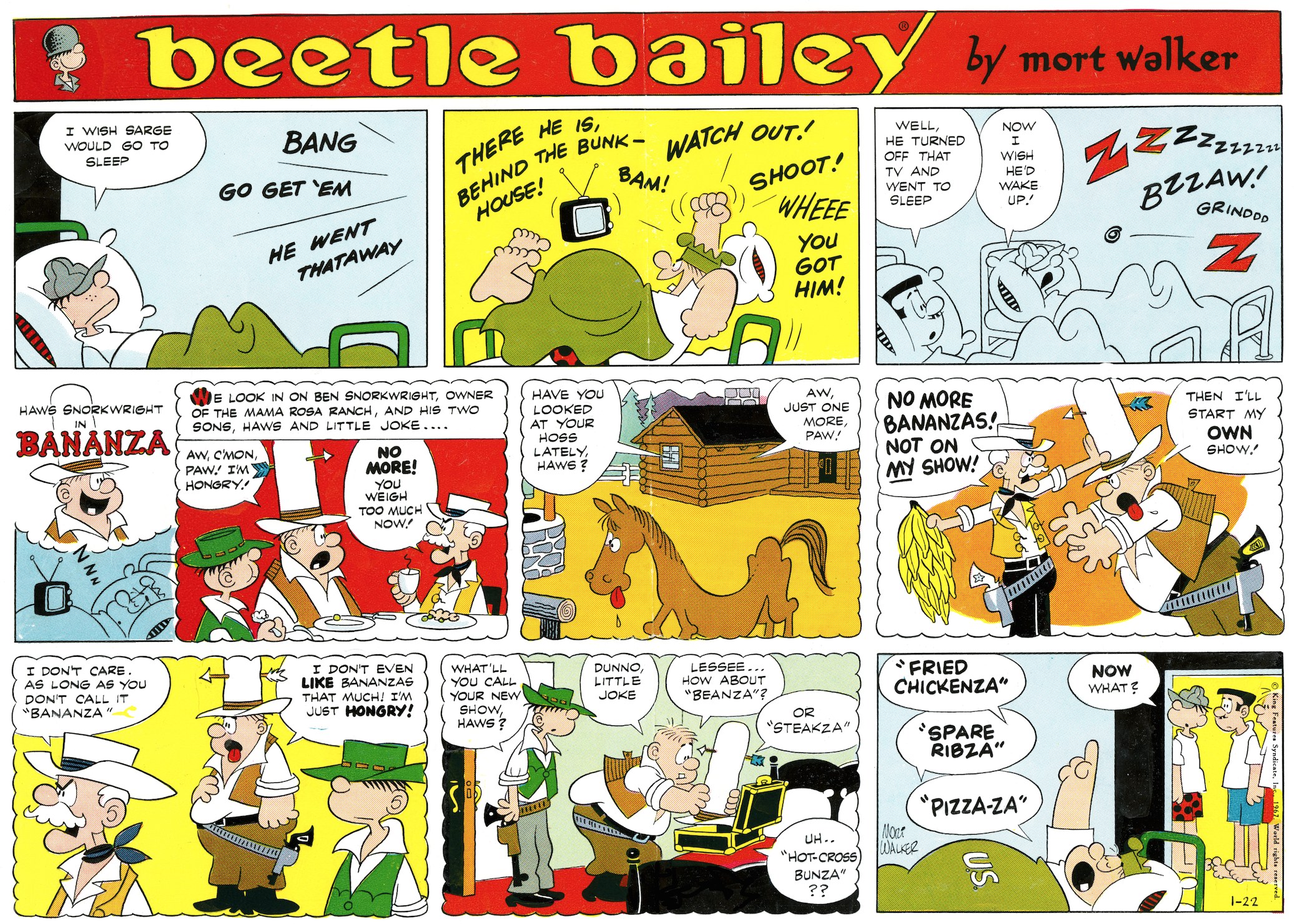 One of the most popular television programs of the 1960s was Bonanza. It lasted 14 seasons from 1959 to 1973 and remains the longest running western in the history of the NBC network.

The stars of the show were the four Cartwrights, who lived on the Ponderosa ranch near Virginia City in Nevada around 1860. The thrice-widowed patriarch Ben Cartwright (Lorne Greene) rode herd on his three sons – each from a different mother – Adam (Pernell Roberts), Hoss (Dan Blocker) and Joe (Michael Landon). It was a family drama in a western setting.

The most popular Cartwright was the lovable giant Hoss, who is played by Sarge in the Beetle Bailey spoof above. Blocker was 6-foot-4 and weighed 320 pounds, so the gags about Sarge’s overeating were not too far off the mark.

Watching Bonanza on NBC at 9 PM on Sunday nights was a ritual in the Walker family household during the mid-1960s. I can still remember the opening theme song. It was one of our favorite shows and provided the ideal source material for this installment of the “Sarge Dreams” series.