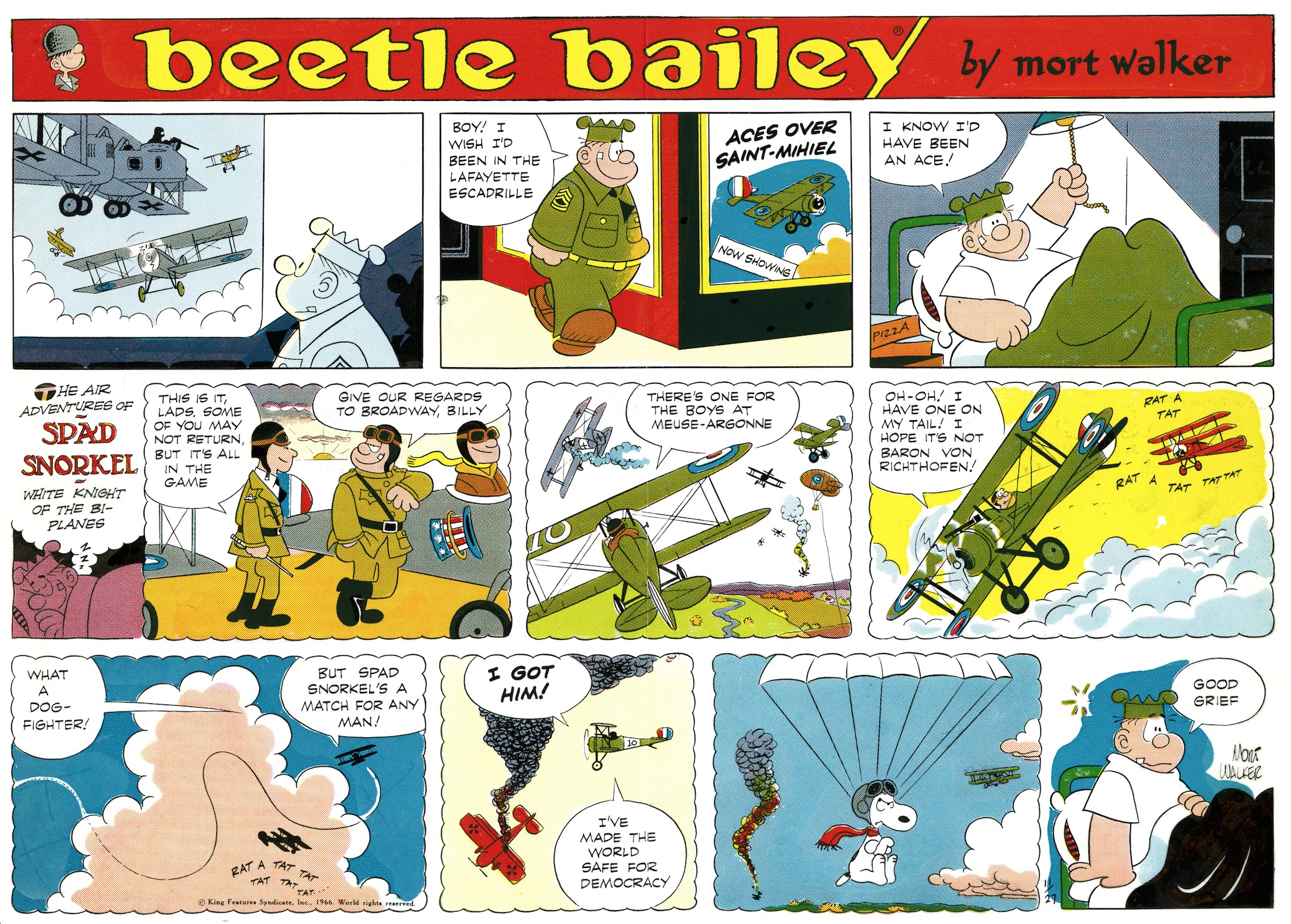 The first time Snoopy appeared as the World War I Flying Ace in the Peanuts comic strip was October 10, 1965 (see below). 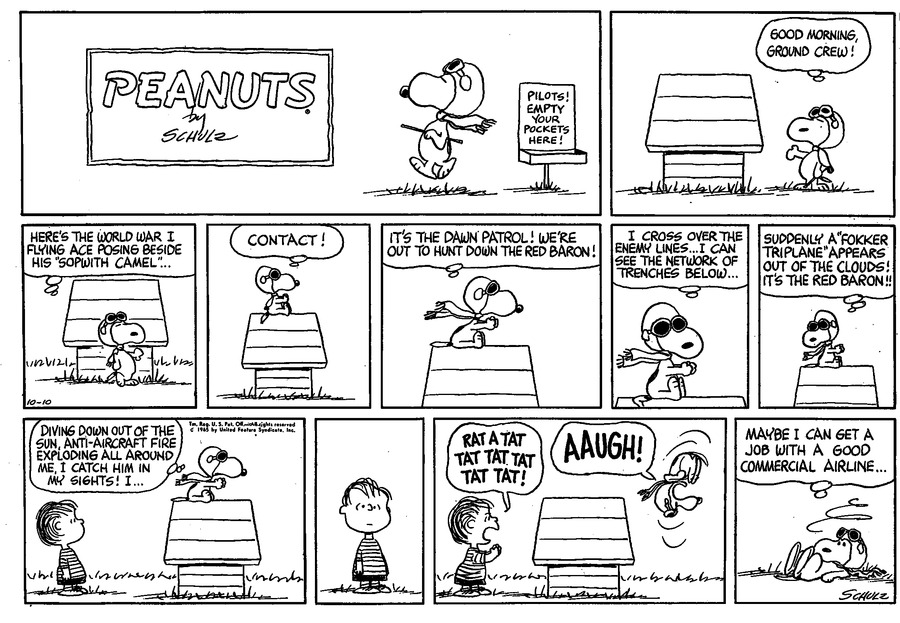 Snoopy uttered the immortal line, “Curse you Red Baron!” on January 23, 1966. The debut television appearance of the Flying Ace was in It’s the Great Pumpkin, Charlie Brown broadcast on October 27, 1966. One month later, the Beetle Bailey Sunday page above was published. The hit song, “Snoopy vs. the Red Baron” by the Royal Guardsmen, was released on December 10, 1966.

Charles Schulz’s son Monte claims credit for idea to put Snoopy on top of his Sopwith Camel doghouse. “I, of course, deny that he actually gave me the idea,” wrote Schulz in 1999, “but I will admit that he inspired it, for at the time he was very much involved with building plastic models of World War I airplanes.”

“It was on an afternoon when he was showing me one of his models that I drew a helmet on Snoopy and placed him in the pilot’s pose of top of his doghouse,” Schulz continued. “The whole thing kind of fit together. You might say it simply took off, and I knew I had one of the best things I had thought of in a long time.”