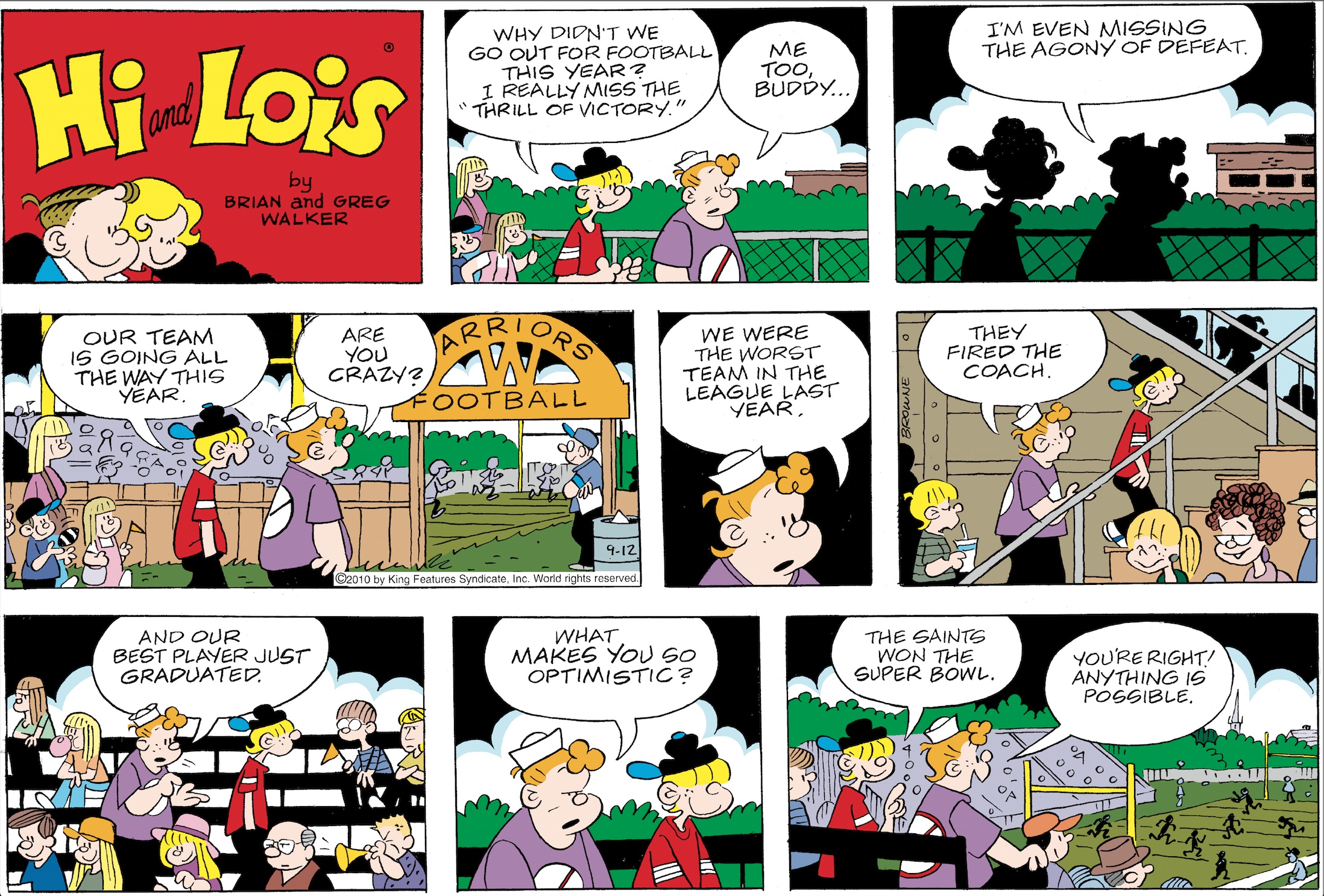 On February 7, 2010, seven months before the page above appeared in newspapers, the New Orleans Saints won their first and only Super Bowl.

Founded in 1967, the team had a record above .500 just twice in their first 20 seasons. In 1980, after losing the first 14 games, a local sportscaster told fans to wear paper bags over their heads with the alternate team name, the “Aints,” written on the front. By 1983, the Saints officially adopted the popular chant, “Who dat? Who dat? Who say dey gonna beat dem Saints?”

Finally, in 1987, the Saints had a 12-3 record and made it to the NFL Playoffs, losing to the Minnesota Vikings in the first round. Two years later, they had their first playoff win when they defeated the St. Louis Rams.

In 2005, the New Orleans Superdome was severely damaged by Hurricane Katrina. When the stadium reopened on September 25, 2006, the Saints defeated the Atlanta Falcons 23-3 in an emotional game broadcast nationally on Monday Night Football.

The 2009 season was the Saint’s best ever.  Led by quarterback Drew Brees, they started 13-0 and defeated the Indianapolis Colts in Super Bowl XLIV.

The Hi and Lois episode above was inspired by both the Saints and my local high school team, the Wilton Warriors, who have also had their share of losing seasons.

I have a writer friend, Michael Tisserand, who lives in New Orleans. I knew he was a big Saints fan and when this episode came out I wasn’t surprised when he asked for the original artwork, which now hangs in his home. Michael has written a major biography of Krazy Kat cartoonist George Herriman, entitled “Krazy: George Herriman, A Life in Black and White.” It will be released by Harper Collins on December 6.

The Saints have started their 2016 campaign by losing two games, one to my team, the New York Giants.