News Around the Kingdom: Three Cartoonists Will Speak on October 8th! 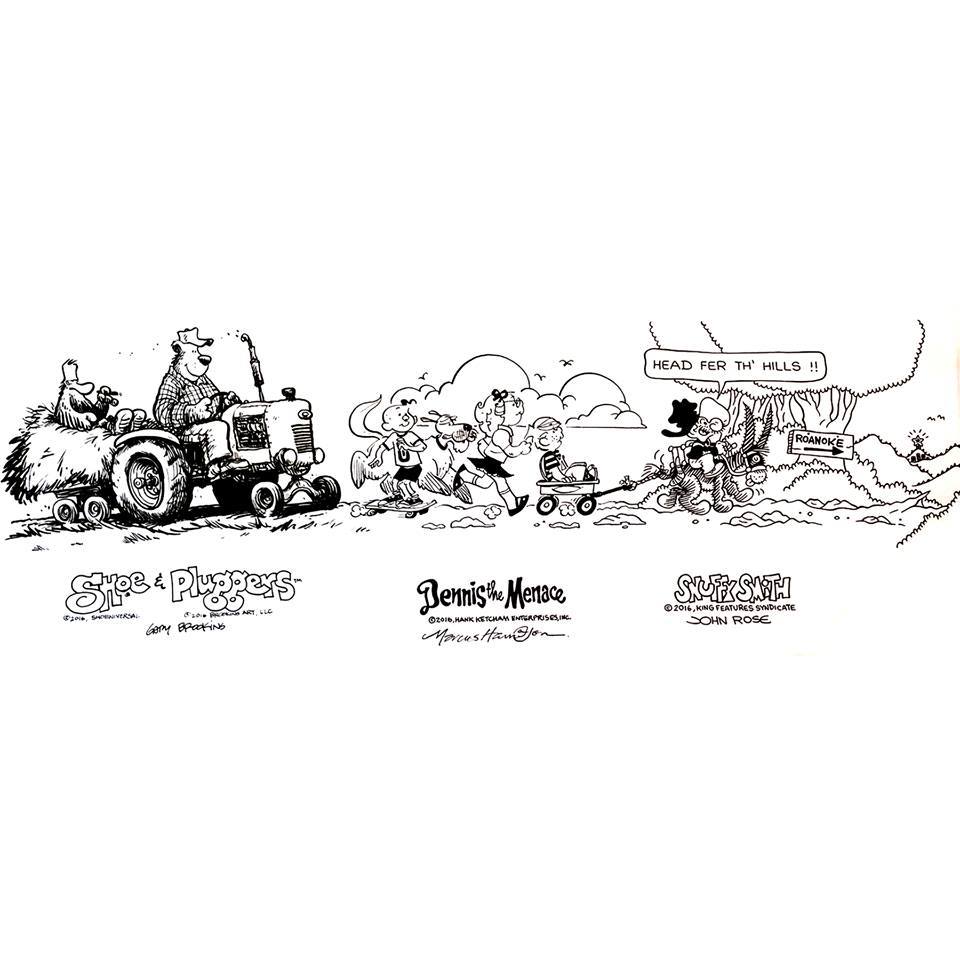 The three cartoonists collaborated on this special piece of artwork which was used to promote the event.  The original art, along with pieces created by other Southeast Chapter members, will be auctioned off Saturday in a charity auction at the Sheraton to benefit the NCS Milt Gross Fund charity (for cartoonists in need of financial assistance) and Carilion Children’s Hospital in Roanoke. 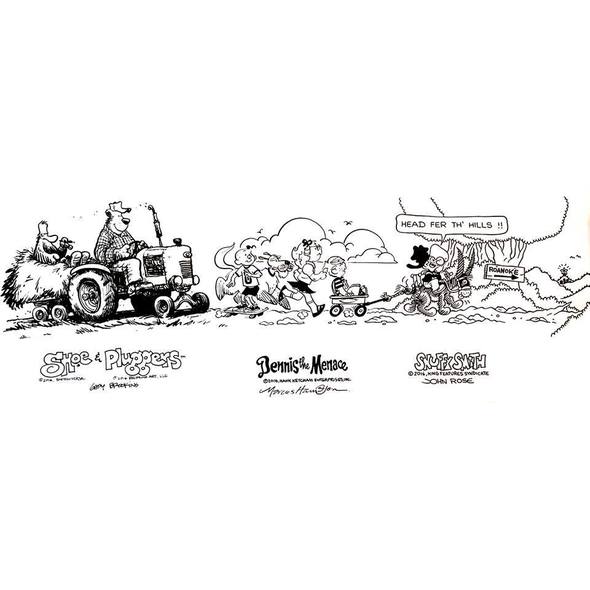 Ron Ferdinand talks to The Epoch Times about his career, his training under Hank Ketcham, and what it’s like to work on “Dennis the Menace”! 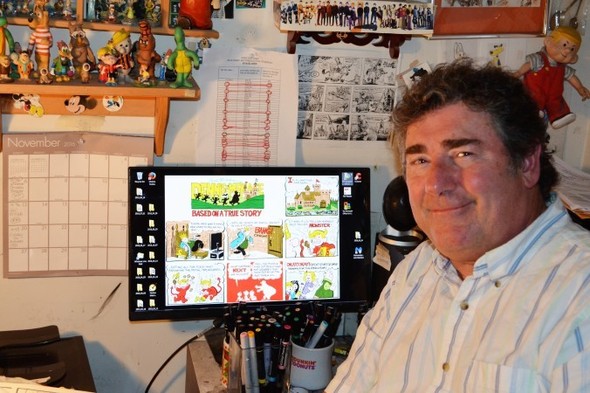 Ron Ferdinand is the Sunday artist of “Dennis the Menace.”

Jim Keefe (“Sally Forth”) shows us what’s on his drawing board! 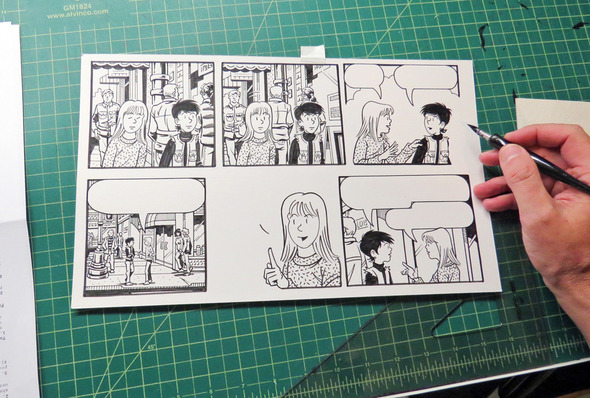 A sneak peek at a “Sally Forth” strip! 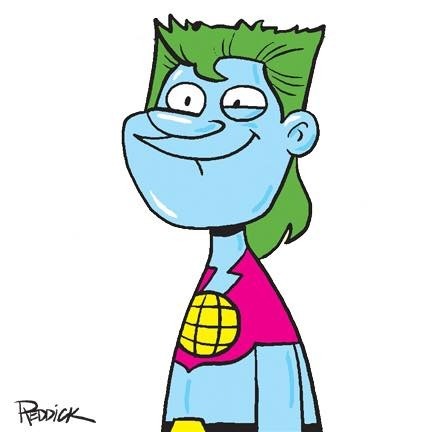 Brian Walker (“Hi and Lois”) talks about the first week of school and the excitement it generates!

Back to school excitement is fresh the first week! 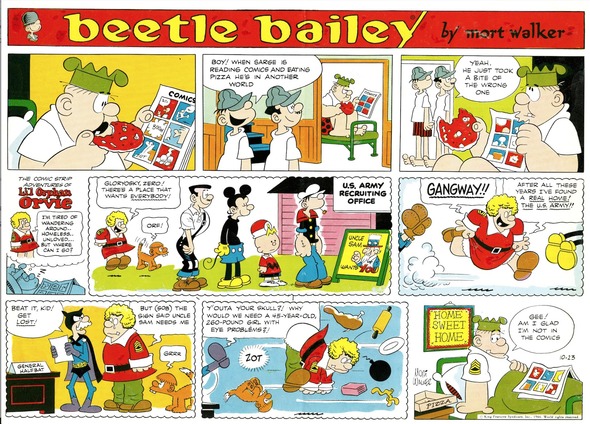 Dan Piraro (‘Bizarro”) posts his hilarious comics for the week! 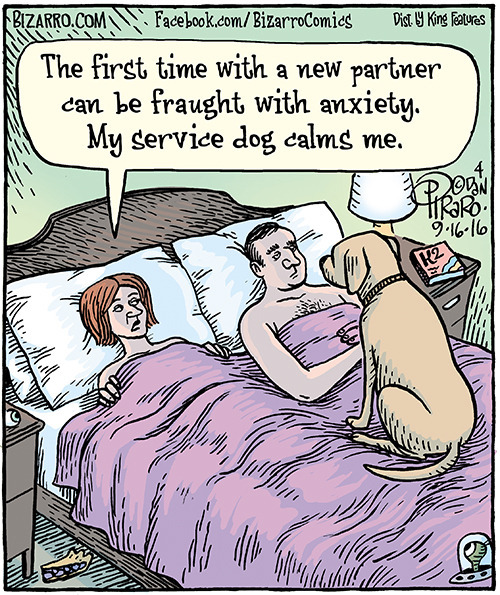 Dan Piraro is the cartoonist of “Bizarro”!