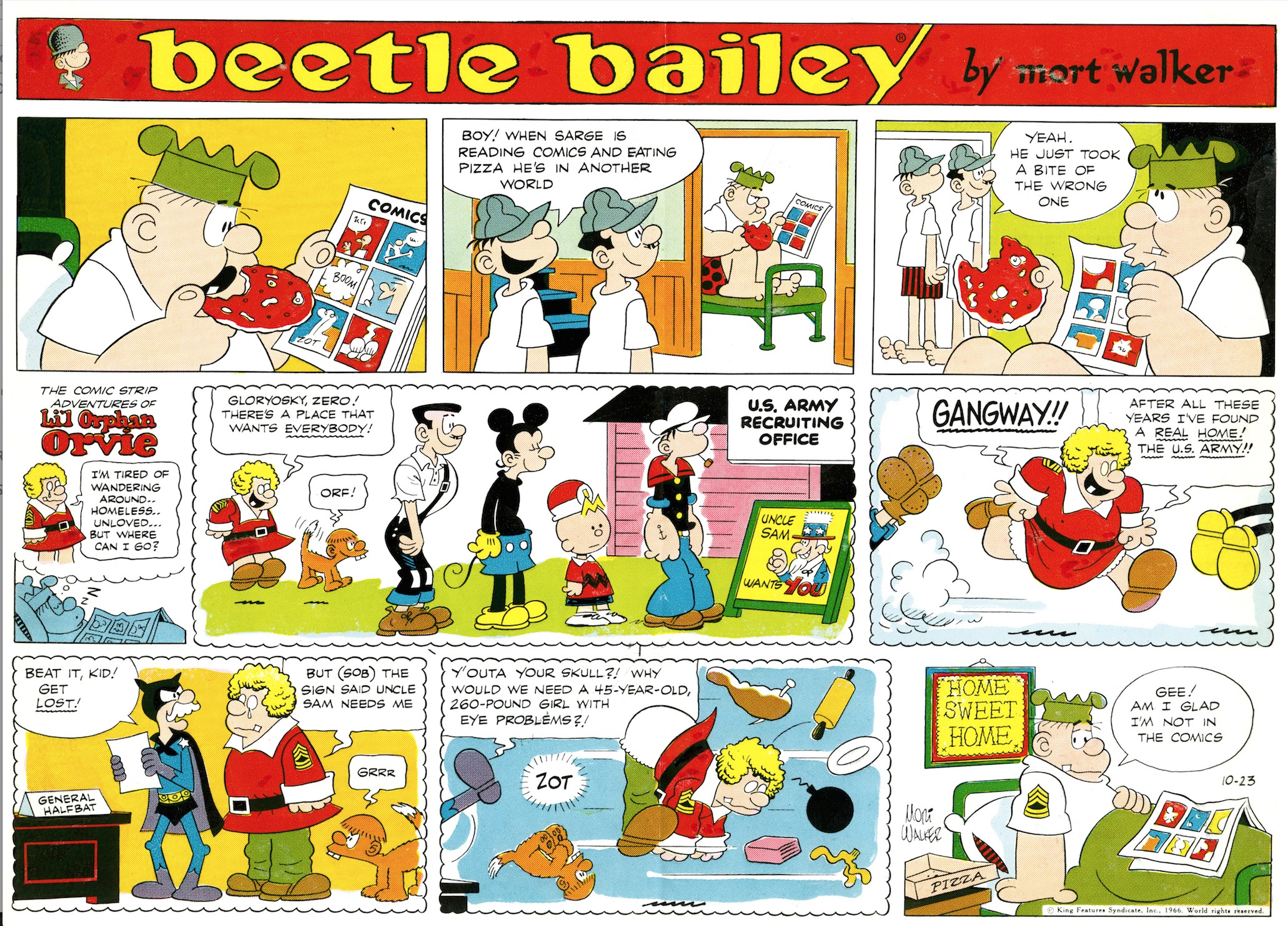 Sarge has a pizza-induced comic strip fantasy in this episode. Among the familiar faces from the funny papers are Little Orphan Annie (Sarge) and her dog Sandy (Zero), Li’l Abner (Killer), Mickey Mouse (Rocky), Charlie Brown (Lt. Fuzz), Popeye (Beetle) and Batman (General Halftrack). The visual mash-up of these characters is hilarious.

This is one of my favorites from the “Sarge Dreams” series and I featured it in my 2002 book, “The Comics Since 1945.” It is an outstanding example of Beetle Bailey from its classic period.

In 1961, Mort Walker and Jerry Dumas created a comic strip about a guy who ran his own comic strip with the help of an unnamed cartoonist assistant. Sam’s Strip featured guest appearances by characters from other strips and gags about the inner workings and hidden secrets of life within the panel borders. Sam’s Strip was ahead of its time and ran for only twenty months until 1963.