News Around the Kingdom: Dan Piraro and “Bizarro”! 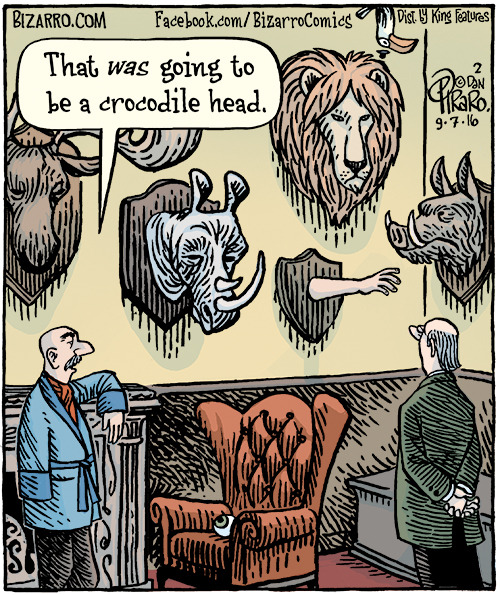 Dan Piraro (“Bizarro”) talks about technology, makes a pun using the name of a famous surrealist painter, and creates a funny pirate cartoon!  Check out his post and hilarious comics for the week!

The man in the robe seems to be missing something!

John Rose (“Barney Google and Snuffy Smith”) posts a cute story from a reader who loves to color and also loves “Snuffy Smith”! 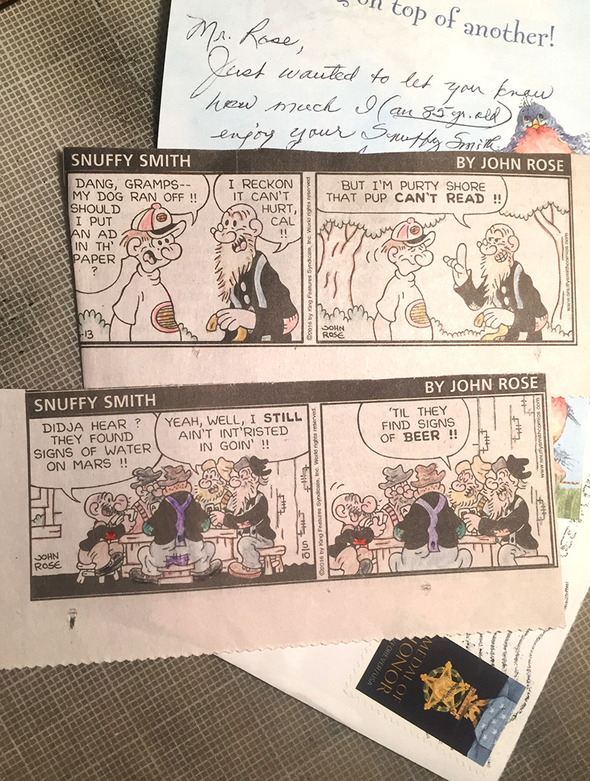 Jeff Parker (“Dustin”) has fun drawing his characters Dustin and Hayden dressed as Han Solo and Chewbacca for Halloween!  For more, look at “Dustin” on Sunday October 30! 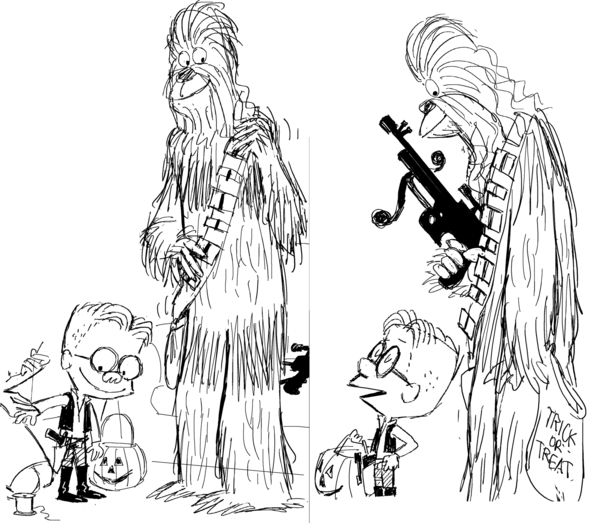 Dustin and Hayden as Han Solo and Chewbacca!

Jim Keefe posts about a reckoning happening in “Sally Forth” between Hilary and Nona!

There’s a reckoning to come between Hilary and Nona!

A peek at a Gwen sketch!