Fall is just around the corner, so this week, I’ve asked our cartoonists to share the things they’re looking forward to the most this Fall!

My big fall annual open studios event is the weekend of Nov. 12 and 13!

As for fall comics, this one, because it is the strip I traded with the late great Richard Thompson, of Cul De Dac. This is the one he wanted.

I like Fall. Although, with this global warming thing, crisp, cool autumn days may become harder to find. I lived in San Francisco for 28 years, where the climate is pretty similar all year long—I’m happier back East in Connecticut where the four seasons are more pronounced. And I mean that both in the Vivaldi sense and the Frankie Valli sense. In this Dingburg strip, the seasons change, but the pose doesn’t.

With Dethany of On the Fastrack, her favorite fall activities are too numerous to mention. Of course, they all revolve around Halloween.

KIDS! DO NOT TRY THIS AT HOME! 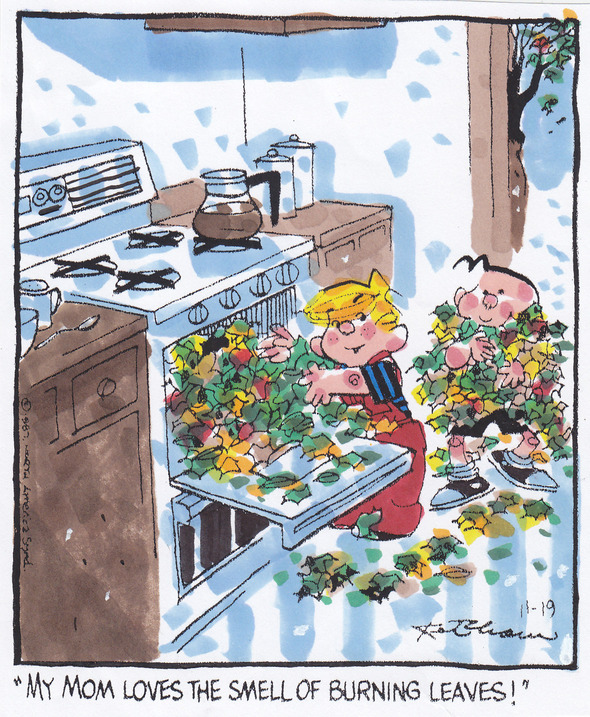 Besides leaves changing colors, football season coming into full swing and pumpkin spice flavored drinks, another thing that always happens each Fall where I live is that birds fly south for the winter. Hopefully when these Hootin’ Holler birds soon decide to fly south, Jughaid and Jamey can get some peace and quiet in their treehouse!

How about Barry’s NOT-favorite thing about the fall season? Flu Shot time!!

This Autumn will be a special one for me as I’ll be in Germany promoting the German Edition of my book “Quirky Quarks: A Cartoon Guide to the Fascinating Realm of Physics.” October is a great time to be in Germany (duh, Oktoberfest!) — I’ll be part of a presentation at the Frankfurt Book fair on October 23rd; and then off to Stuttgart for a talk/presentation in the Rolf Benz Lounge at the Wittwer Bookstore. I’m not a huge beer drinker (contrary to popular thought, not all Canucks like beer, eh?!) but I expect to be eating a lot of Wiener Schnitzel, taking in the Fall colors, and drawing in my sketchbook 🙂

Halloween is my favorite holiday of the season, and I really like to draw cartoons about witches. 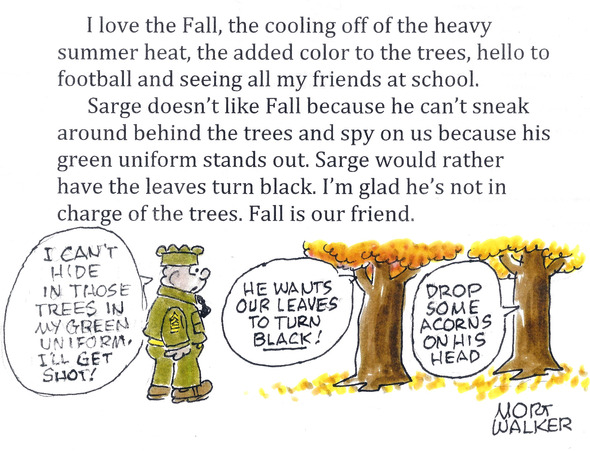