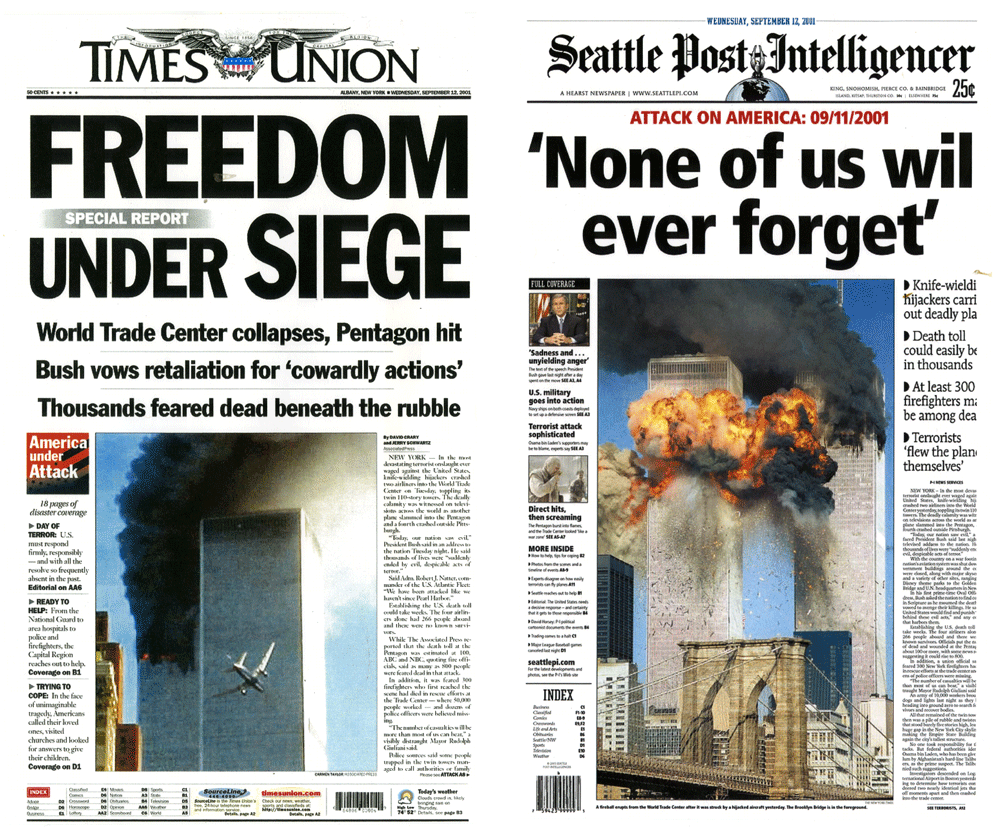 It’s been fifteen years since that dark day when  terrorist savages attacked America. That day will not be forgotten, especially those of us here in New York . It is now an defining landmark day, just as those of the Moon Landings, Kennedy’s death, and the beginning and ending of the World Wars were.

To honor, in our own feeble way, the memory of the people that perished, and the heroism of the police and firemen that sacrificed their lives that day, we offer some of the strips and panels that appeared that fateful morning. 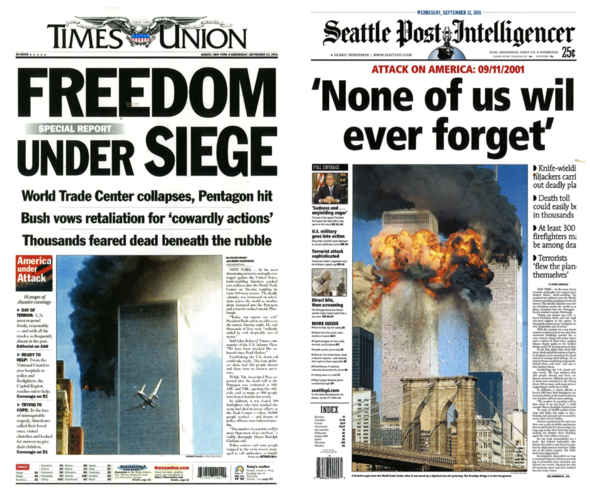 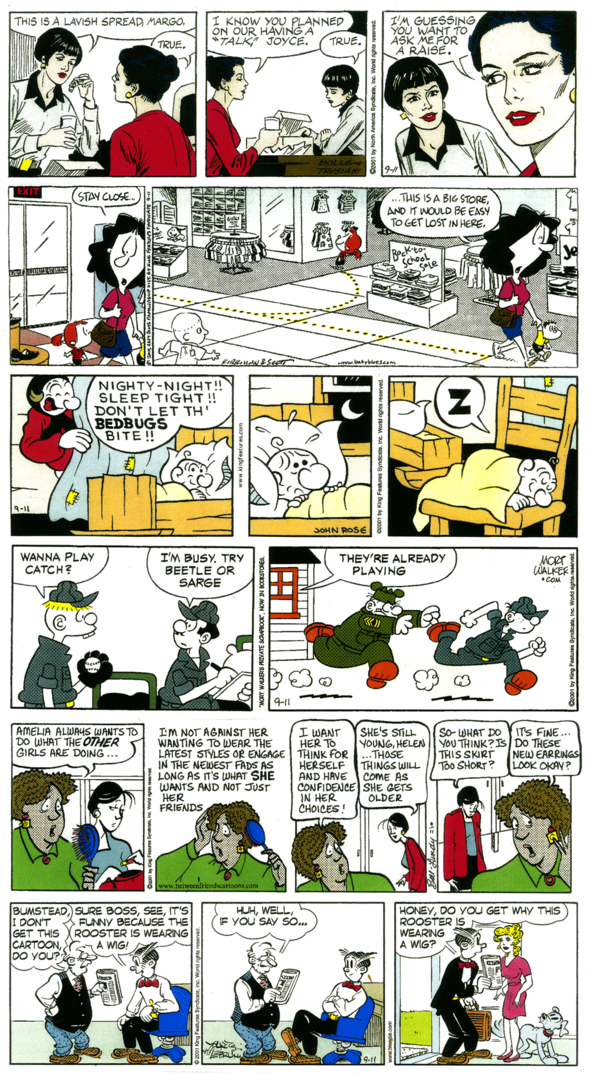 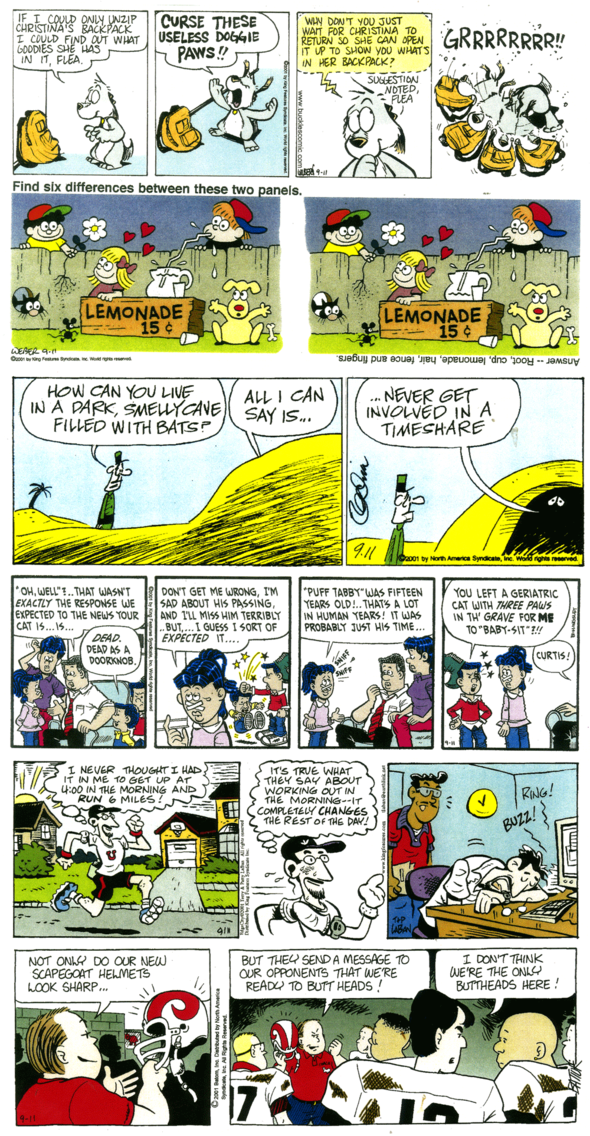 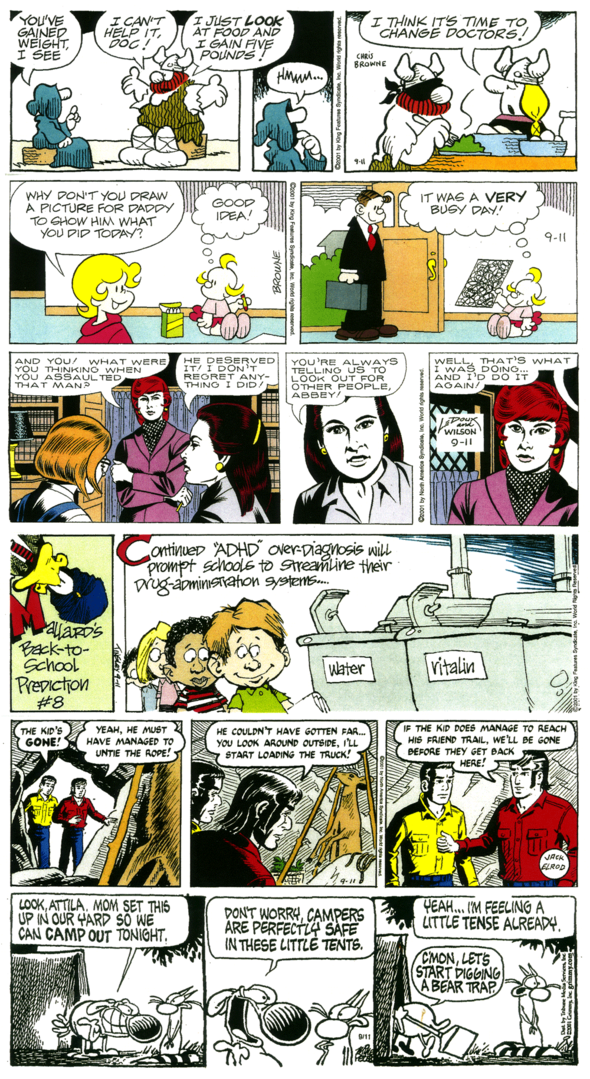 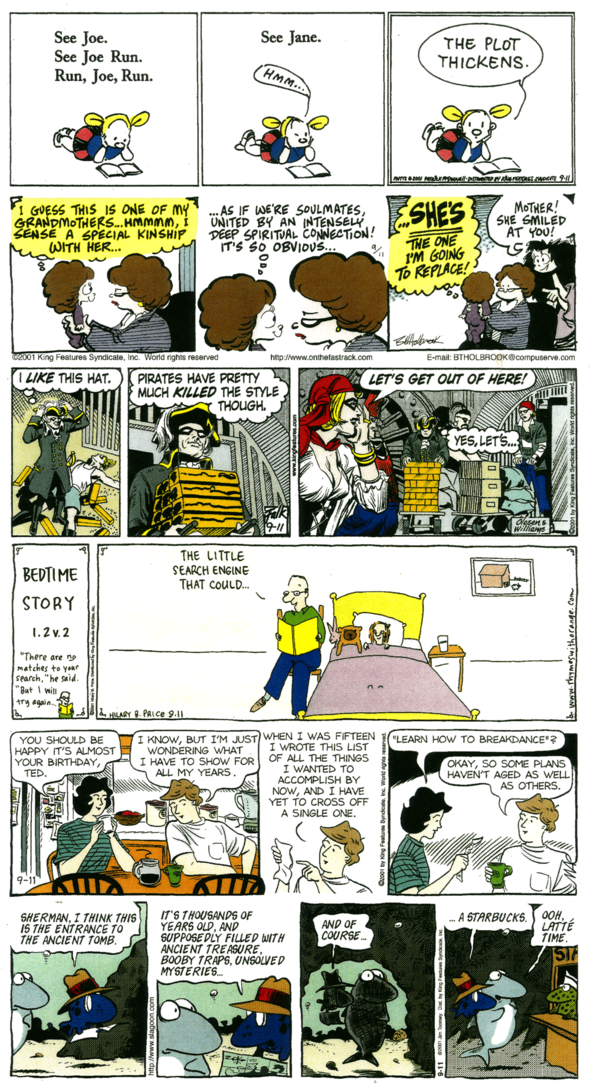 MUTTS by Patrick McDonnell, ON THE FASTRACK by Bill Holbrook,
THE PHANTOM by Olesen & Williams, RHYMES WITH ORANGE by Hillary Price,
SALLY FORTH by Craig Macintosh, SHERMAN’S LAGOON by Jim Toomey 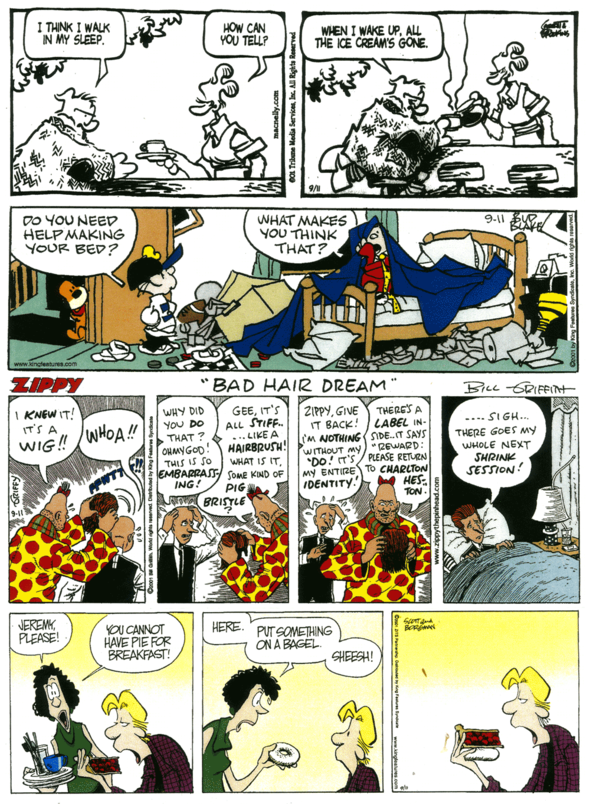 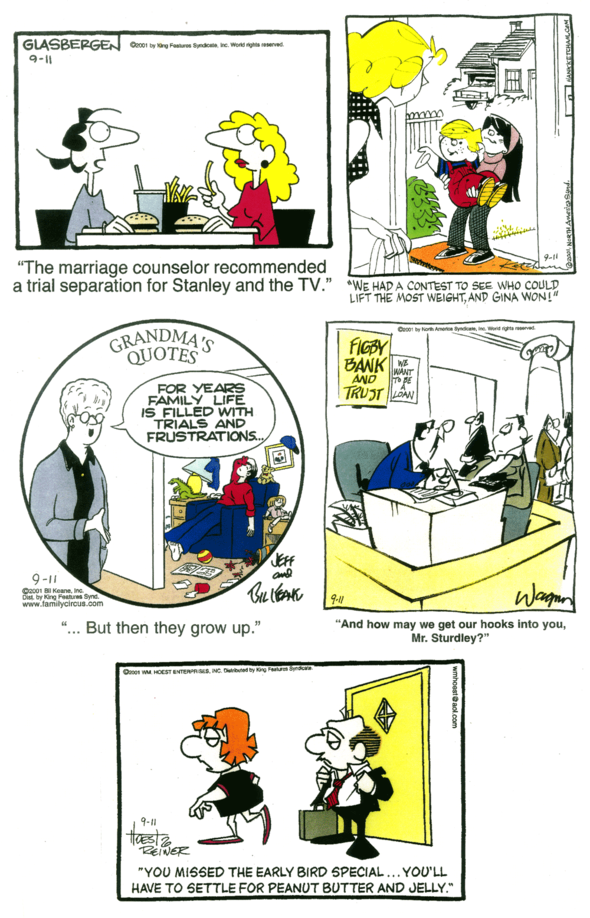 THE BETTER HALF by Randy Glasbergen, DENNIS THE MENACE by Marcus Hamilton,
THE FAMILY CIRCUS by Jeff and Bil Keane, GRIN AND BEAR IT by Fred Wagner,
THE LOCKHORNS by Hoest & Reiner

And, before I go, here’s our Mail Bag for this week:

Yes, Mort came up with a veritable short dictionary of cartoonist’s terms, yet, I don’t know if any have actually turns to authentic jargon yet.

I would assume the lack of a really distinct color blue in the comics of years past is that it was hard to achieve. Comics were printed from four “guides,” green, red, yellow and, of course, black, which is the line artwork. The color ones by themselves appear as just weird blobs, but they fit inside the art to whatever is supposed to correspond to that shade in the finished composite. The grass will be green, the bricks will be red, etc. The color blue is made up of overlapping blocks of color, like some part green and red will make blue. Or a faux blue, because as noted, it’s hard to tell. Things tend to have a greenish tinge where blue would be indicated.

Ever hear of Technicolor? That was the name of the pioneering company that gave us color in the movies, beginning in the mid-1920s. The first ten years or so in that range, color  films, too, lacked blue. Green was its basic stand-in there, too. This process was known as “Two-Strip” Technicolor because only two  colors, red and green, printed on separate films, could be managed, merging all together in one print.  The third “strip,” with actual blue, came around in the mid-1930s, though some studios kept using the two strip method for years later for economy’s sake, like the Columbia studios animated cartoons.

In the 1930s also, real, separate blue is seen in the comics, especially in the big city sections, like the Hearst chain papers, though even there, it’s noticeable how many times “Faux Blue” is used even into recent times.

I will do an entry on Myrtle ( “Right around Home”) soon, so watch for it.