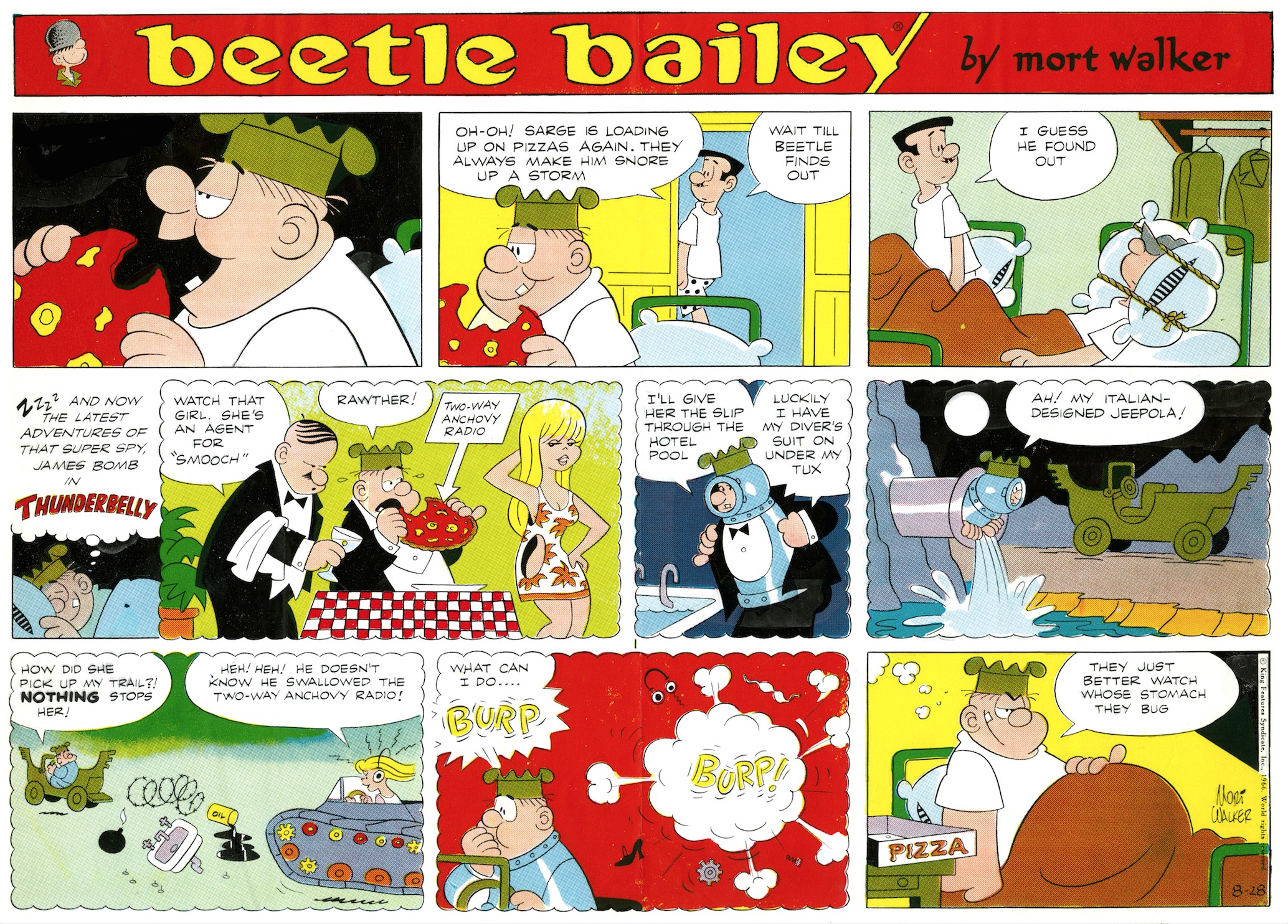 In the fantasy episode above, Sarge sees himself as super spy “James Bomb.” Similar to other installments in this series, Sarge is set off by overeating pizza in the opening scene and wakes up at the end by the sound of his own burp. Note that the sexy Sixties girl in the middle row of panels looks just like Miss Buxley, who did not make her official debut as a regular character in the strip until November 17, 1971.

Thunderball (1965), the inspiration for this page, was the fourth film based on the James Bond novels by Ian Fleming published between 1953 and 1966. It starred Sean Connery as British Secret Service agent James Bond and Claudine Auger as Dominique “Domino” Derval, mistress of SPECTRE agent Emilio Largo, played by Adolfo Celi. The film earned $141 million, more than the three previous Bond films combined.

The Bond franchise is the longest running and third highest-grossing series of all time and continues today. The films are known for Bond’s vehicles, guns and gadgets as well as the various femme fatales, or “Bond Girls,” he becomes entangled with.

Stay tooned to see where Sarge’s imagination takes him in the next post.