Ask A Cartoonist: The Sporting Life!

With the Olympics drawing to a close, we all need some new sporting entertainment!

I think it’s easy to get an image in our heads of cartoonists as indoors-types, hunched over a drawing table, so this week, I asked our cartoonists to tell us about their own athletic interests. Whether competitive sports or solitary activities, sports they play or sports they watch– or even sports their characters play– sports are a big part of lots of cartoonists’ lives!

I don’t get sports. Isn’t there enough competing going on in our real lives? Do we need more in the form of entertainment? This, of course, is spoken like a true “egghead”, always picked close to last in junior high softball. Although I did do OK in the broad jump. “Extreme Ironing”, by the way, is a real activity, not limited only to pinheads. Look it up.

I figgered this would be a good opportunity to feature Hank’s favorite sport. Besides, it’s a funny gag. 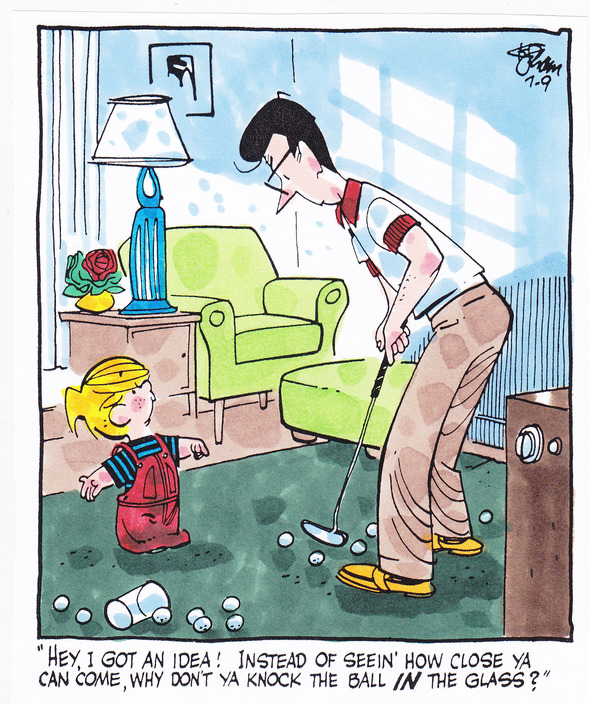 I’m a long-time cyclist and lover of cycling, especially road racing and the grand tours. Before I worked from home, I rode my bike to and from work and from time to time joined a “quarter century” group ride or two around Gainesville and Orlando, FL.

And as I do every July, I have my studio TV tuned to the Tour de France while I work. Depending on what I’m doing, I might have to watch one of the time-delayed broadcasts later in the day as I’ll find myself shouting “Allez! Allez!” at the tube instead of drawing.

Races like Paris-Nice, Giro d’Italia, and Le Tour also inspire me to get back in the saddle. Cartooning can be a really sedentary occupation. I often quip that I can out-sit anyone. If they gave a yellow jersey for sitting, I’d be donning it on the podium in Paris every year.

So whenever I do get up out of the swivel chair, yank the bike out of the garage, dust off the saddle, and pull on the bib shorts, it’s apparent that all this sitting means my middle-aged self doesn’t cut a very smart figure in cycling togs anymore.

Of course, that doesn’t stop me from going ahead and scaring the neighbors anyway.

Getting a glimpse in the mirror of me in my cycling kit inspired the sketch below a few years back. I don’t see myself quite as ridiculous looking as Ed here, but I’m sure that’s just my well-worn “denial gland” kicking in again. 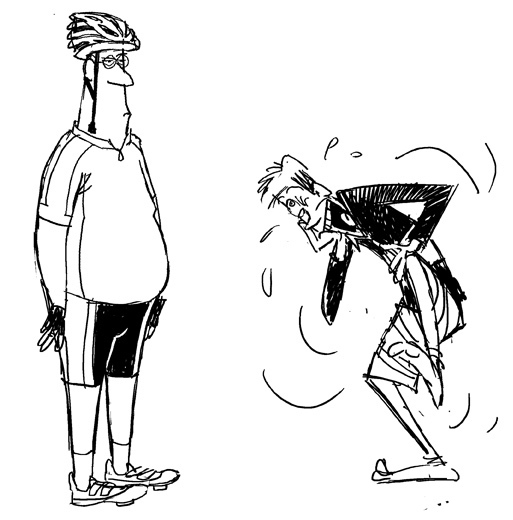 The sketch also inspired me to write a weeks’ worth of gags about Ed on a bike, plus a few stand alone gags like this Sunday page from last year. Allez, y’all!

I’m not a massive sports fan, but it’s fun to watch the Regattas here in the Basque Country. Local towns compete in rowing races with massive boats that are based on the old whaling boats. They go incredibly fast in all conditions. The Regatta was here in Hondarribia on Saturday and we went down to the beach to watch. Billie and I are wearing the team colours. They didn’t win, but the atmosphere was still fantastic and the tuna barbecue was even better. 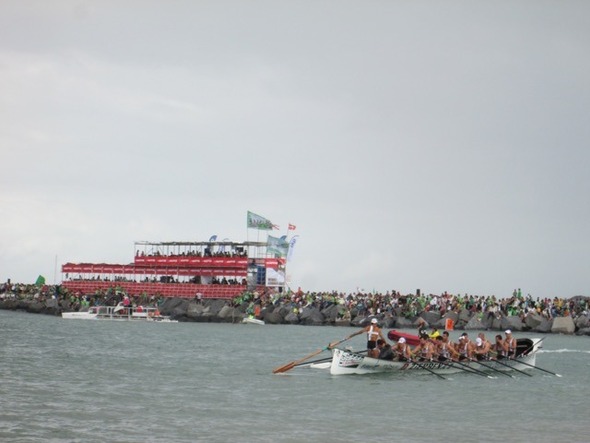 I played basketball in high school, but I was the guy who only got into games with a minute left and a twenty-point spread (either way). Therefore, there’s a certain amount of wish-fulfillment in chronicling Dave’s on-court achievements in “Safe Havens” as he’s just helped the US to a gold medal.

Hey, I do sports all the time. Here’s a shot from my annual Son-in-Law Tossing competition:

Growing up, I played little league football and baseball. My Dad was even my coach and he coached my brothers, too. But once I got into high school, I only played football. I was not a great player by any means at all, but I really enjoyed my years on the team and the friends I made from the experience. Now I really enjoy following college football. My wife, Karen, and I are both alumni of James Madison University, and we live nearby, so we especially enjoy following their football program. We have season tickets, attend all the home games and tailgate with our family who are all alumni, as well! While I really do enjoy football, it seems Snuffy Smith prefers baseball!

When I was a seven year-old kid growing up in Cincinnati I asked my mom to sew a red “46” onto my favorite t-shirt. On summer mornings I would jump out of bed, slip on that shirt, get a “chaw” of chipped beef out of the refrigerator and stick it in my cheek, and spend the next hours pitching my rubber ball against the neighbor’s stone wall pretending I was Jim Maloney.

The Cincinnati Reds have been my passion ever since, through thick (the Big Red Machine years) and thin (er, this season). There’s almost always a baseball game on the radio in the background as I draw Zits.

I got a chance to meet Jim Maloney at the Reds’ spring training camp a few years ago and tell him this story. My boyhood hero was as cool as I hoped he’d be and he spent a long time reminiscing about that Reds team of the 1960s.

I was born horse crazy. I didn’t ride as a child. But I read horse stories illustrated by great artists like Sam Savitt, Paul Brown, Wesley Dennis and C.W. Anderson. And I drew horses. I still draw horses and ride two or three times a week. Guess I’m still horse crazy after all these years.

In Intelligent Life, Barry is a HUGE football fan, and when football season approaches each year, Barry’s excitement becomes COMBUSTIBLE!

As a kid, I was never very athletic. I was also tiny, and would usually get picked last for teams in gym (cue tear drop). As an adult, I’ve found my athletic niche – I love non-competitive sports, like running, hiking, biking, and kick-boxing. My character, Jill, is also a runner. Here’s a strip that shows her being competitive at a (supposedly) non-competitive activity.

I believe in the credo “Golf is the only thing you can enjoy without being good at.” I’m not such a good golfer at 93 years old but I was very good when I was young. I have a whole wall full of trophies from all over the country, but that talent has waned over the years.

Now I just play to get out of my studio jail to smell the fresh air, look at the beautiful golf course and enjoy the company of friends. Guys that play with me play by my rules: You can have two shots on the first tee and two take-over shots during the game, improve your lie anywhere on the course, never score more than a 7, and a ball within a club length of the pin is in.

Everyone seems to like my rules and we have more fun.

I think golf is good for me. I get some relief from my busy schedule. I get some exercise. See some friends and come back home laughing.

Hello, Tea! Here’s a cartoon about exercise that I did a while ago, and it is true to life because we have a rowing machine that is the perfect length to dry sheets and tablecloths.

If I could be any kind of Olympic athlete, I think it would be really fun to be a synchronized swimmer. However, the closest I have gotten to that is the occasional water aerobics class!