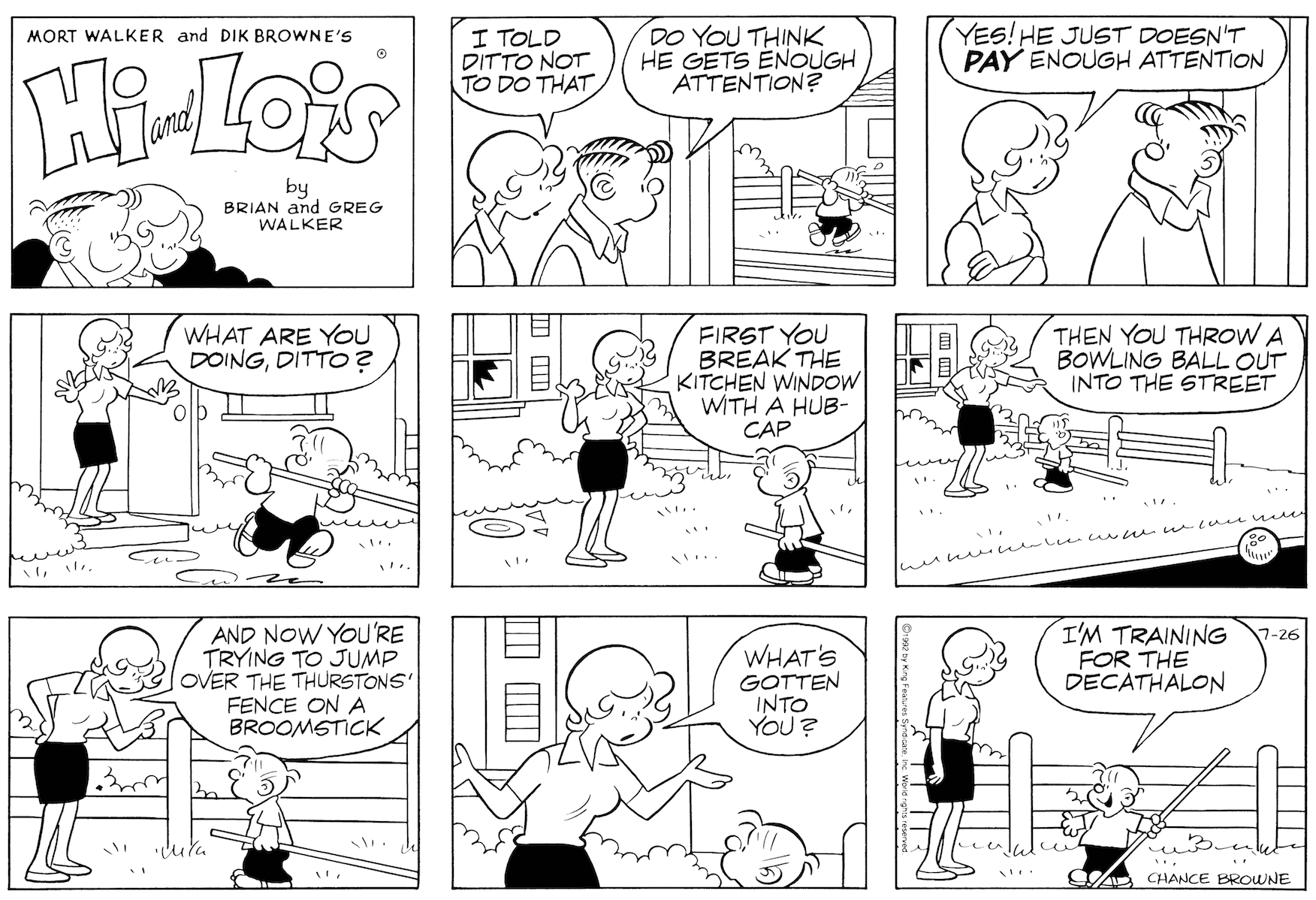 Below is a daily strip that ran during the 2000 Summer Olympics in Sydney.

We hope our readers have enjoyed watching the current Summer Olympics and revisiting past games in the panels of Hi and Lois.