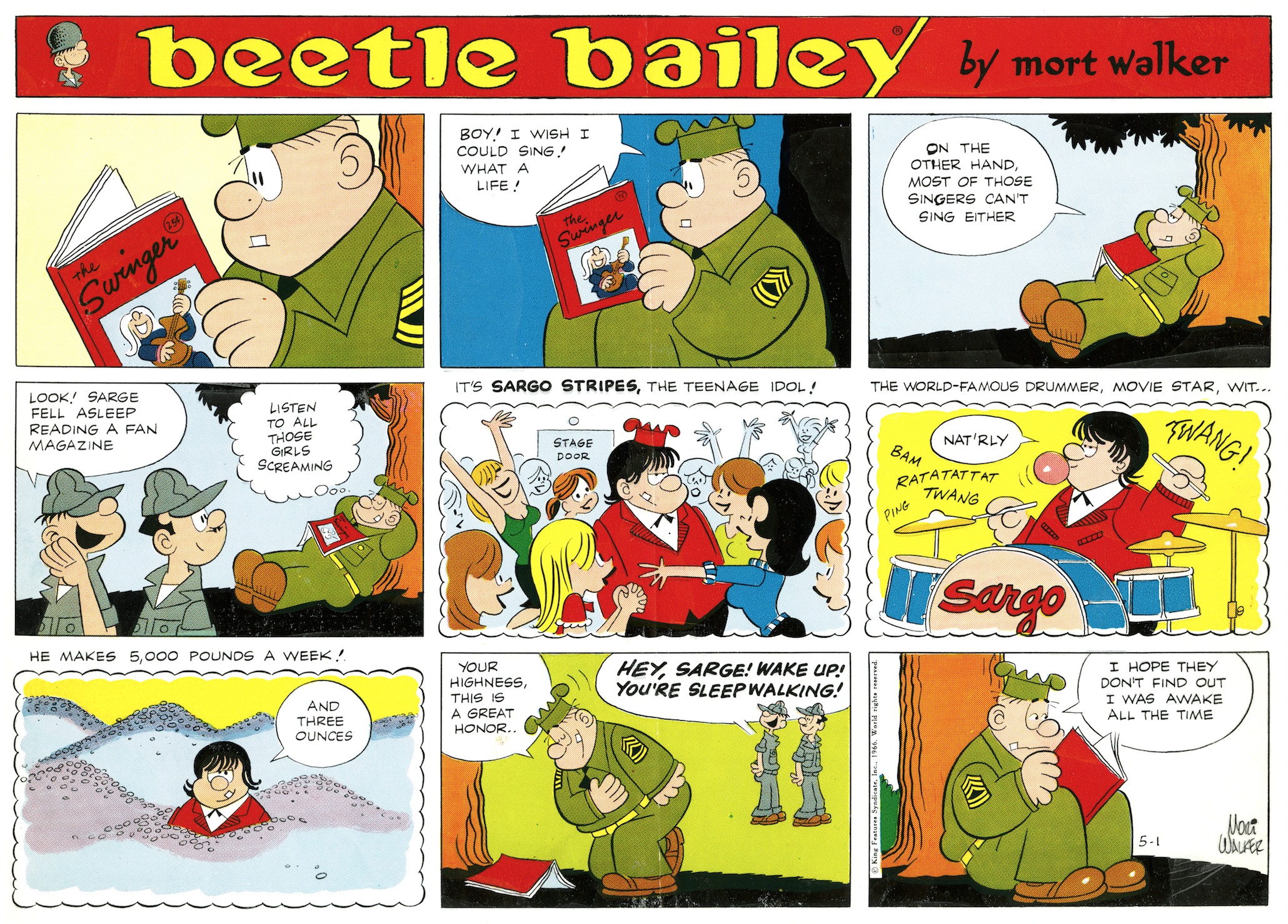 On February 7, 1964, when John, Paul, George and Ringo landed at New York’s John F. Kennedy airport, Beatlemania had officially invaded America. Two days later, the Beatles made their historic appearance on The Ed Sullivan Show, performing live in front of an audience of screaming teenage girls and a record television audience of 73 million viewers.

The next in the series of “Sarge Dreams” Sunday pages was inspired by the popularity of this rock-and-roll singing group from Liverpool, England. “Sargo Stripes, The Teenage Idol,” is a caricature of Beatles drummer Ringo Starr with his moptop hairdo.

Three months after this episode appeared, the Beatles performed their final live public concert in San Francisco. They played together for the last time on the rooftop of Apple Headquarters in London on January 30, 1969.   Lennon unofficially left the group later that year and when Paul McCartney announced he was quitting in January 1970, the Beatles had officially broken up.

Of course, the music of the Beatles has lived on and is still as popular today as ever.

Stay tooned for the next in the “Sarge Dreams” series.