News Around the Kingdom: Hi & Lois and the Summer Olympics!

In conjunction with the 2016 Summer Olympics, Brian Walker (“Hi and Lois”) featured daily strips from the 1996 series that was inspired by the Summer Olympics in Atlanta!

Trixie is not to be confused with Michael Phelps!

Hilary Price (“Rhymes With Orange”) will talk with author and illustrator Mo Willems tonight, Friday, August 19!  The free event takes place at the Wexner Center for the Arts Mershon Auditorium on the Ohio State University campus at 7 pm!  A book signing with Mo and Hilary will take place immediately after the event in the lobby! 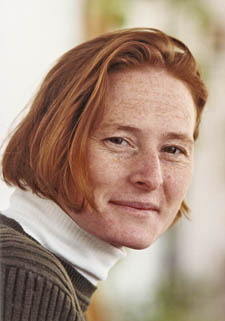 Hilary Price is the cartoonist of “Rhymes With Orange”.

Jim Keefe (“Sally Forth”) is working on an upcoming Sunday strip!  Fall is coming just around the corner!  AND…there’s drama to come involving Hilary Forth! 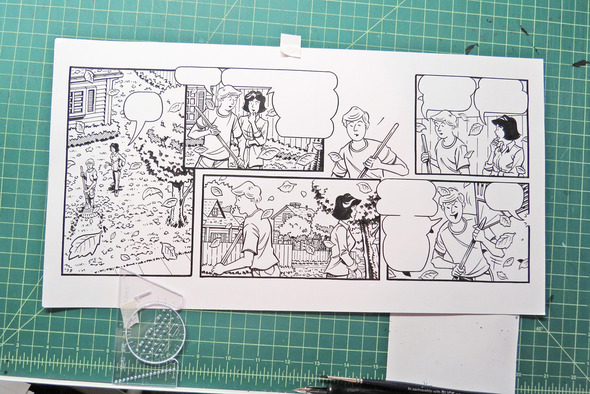 Jim Keefe shows us what’s on his drawing board! 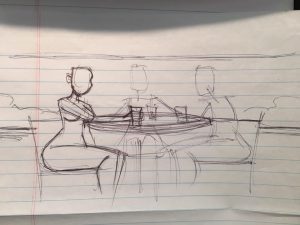 Karen Moy (“Mary Worth”) posts about Tommy’s Own Private Idaho!

“Mary Worth” is written by Karen Moy and drawn by June Brigman! 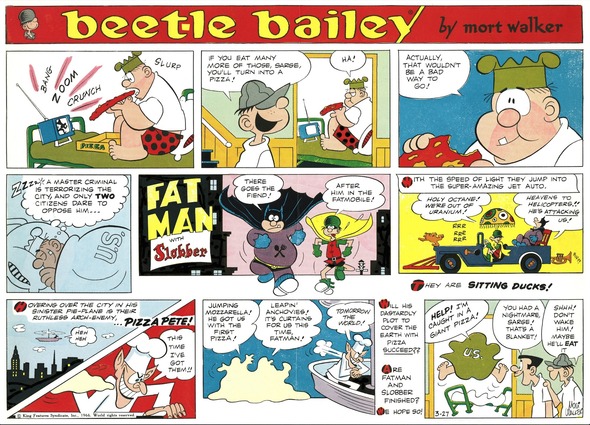 Dan Piraro (“Bizarro”) posts his hilarious comics for the week!  This week is Spider-man’s 54th anniversary!  Stan Lee used a “Bizarro” cartoon on his facebook page to announce it! 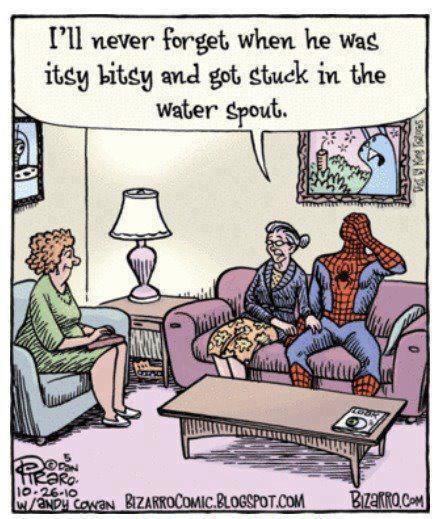 This week is Spider-man’s 54th anniversary!