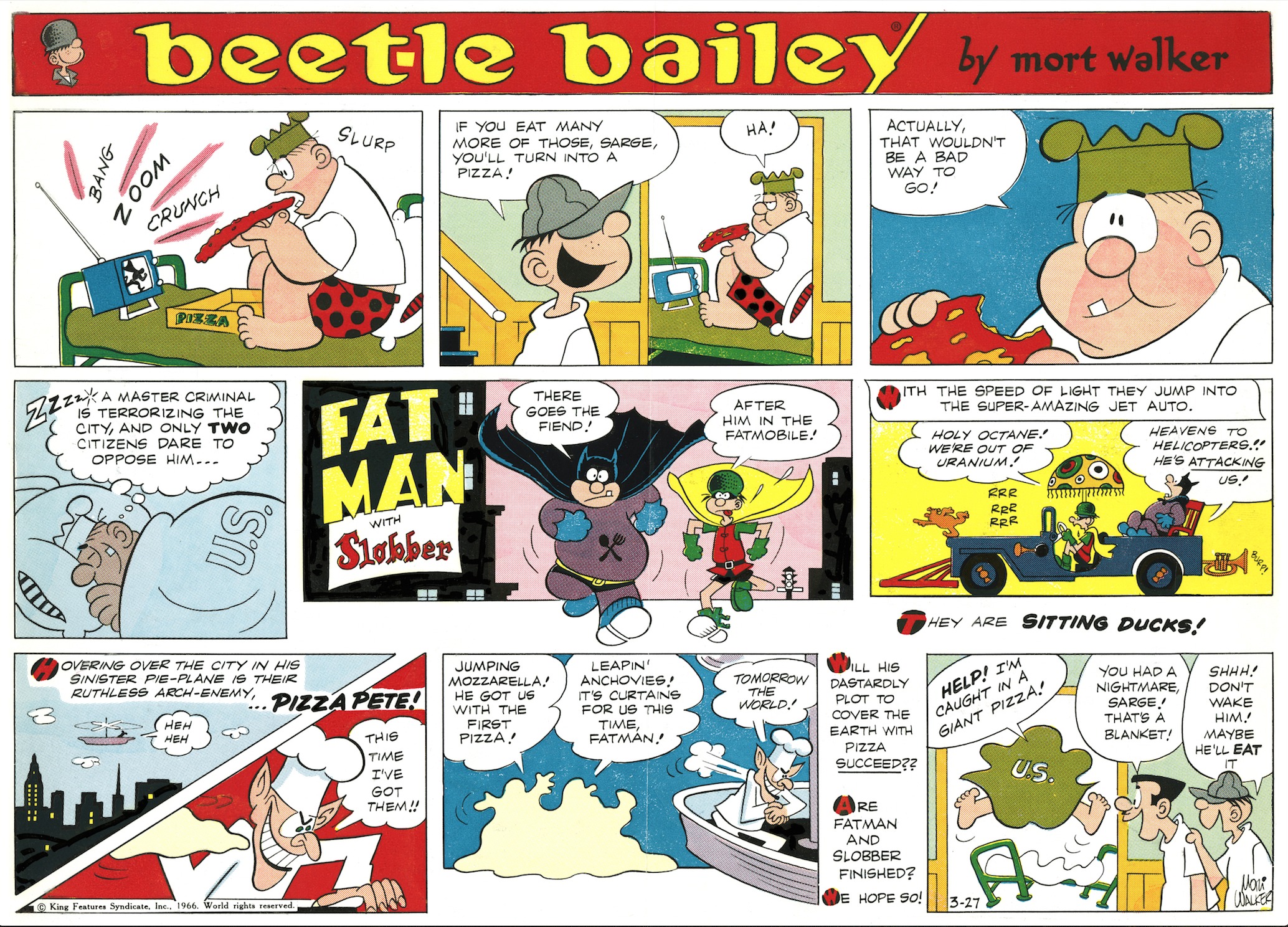 The third in the series of Beetle Bailey Sunday pages from the mid-1960s that featured dream sequences was inspired by the Batman live-action-television series that ran on ABC from January 12, 1966 to March 14, 1968. The series starred Adam West as Batman and Burt Ward as Robin. They fought against colorful villains like the Joker (Cesar Romero), the Penguin (Burgess Meredith), the Riddler (Frank Gorshin) and Catwoman (Julie Newmar). They drove around Gotham City in a Batmobile and utilized a wide variety of crime-fighting gadgets. The campy humor, upbeat music and colorful pop-art graphics were a hit with audiences and 120 episodes were produced during the three-year run of the show.

Sarge as Fatman and Beetle as Slobber were natural name choices for the Beetle Bailey creative team. This classic parody was a favorite with fans and has been reprinted numerous times. The original art was snapped up years ago.

We hope you have enjoyed this episode from our archives and will stay tooned for more “Sarge Dreams” pages.