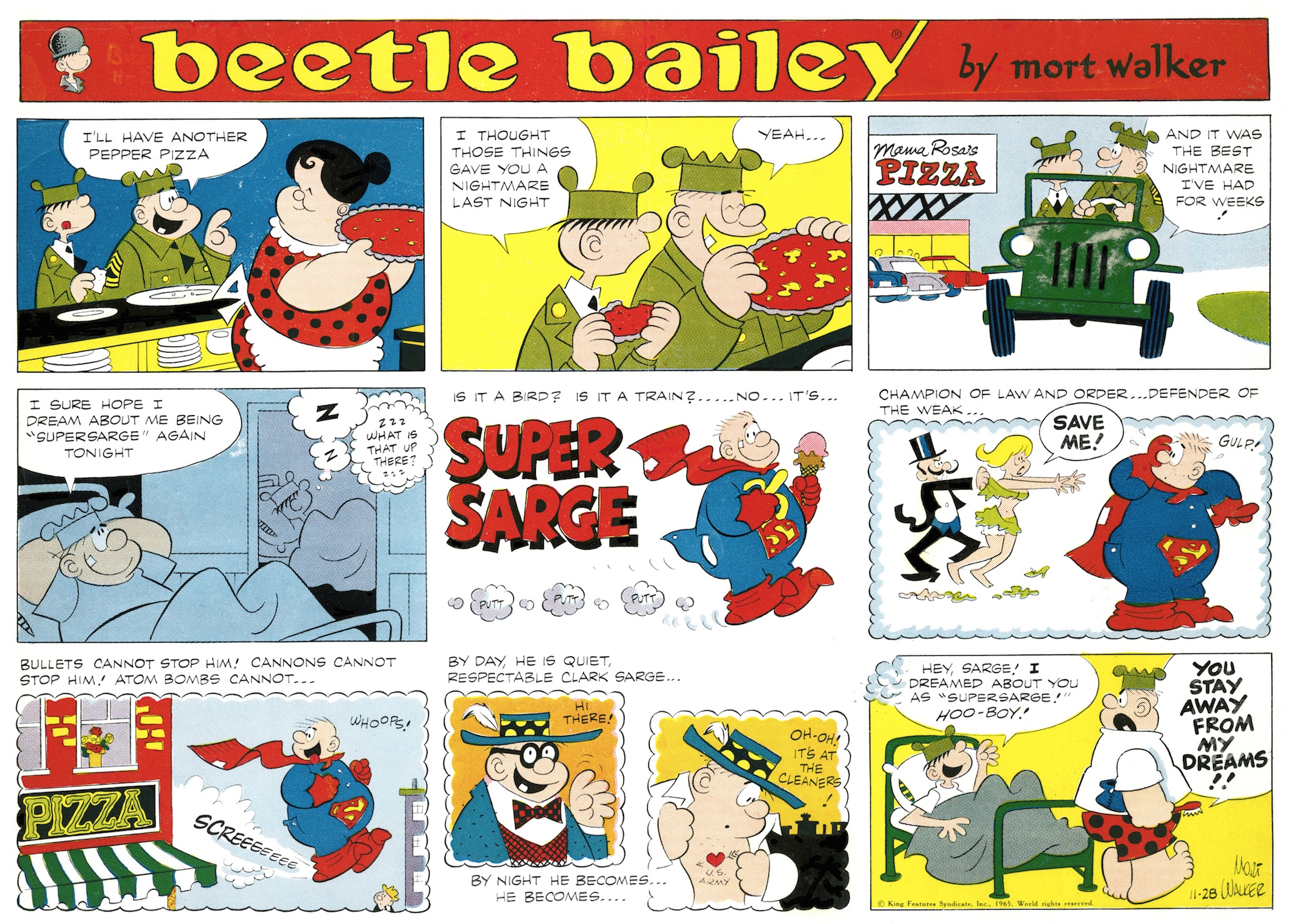 The second Beetle Bailey Sunday page that featured a dream sequence was done twenty-one months after the first one (see previous post). This episode featured a parody of the opening narration of the 1941 Fleischer Studio cartoon: “Up in the sky, look – It’s a bird. It’s a plane. It’s Superman!” These lines were also used in The Adventures of Superman television program that ran from 1952 to 1958. Superman’s familiar “S” logo appears on Sarge’s Union Suit and his alter ego, Clark Kent, is referenced. In a clever twist on the formula used in subsequent pages, it turns out in the end that Beetle was the one who was doing the dreaming.