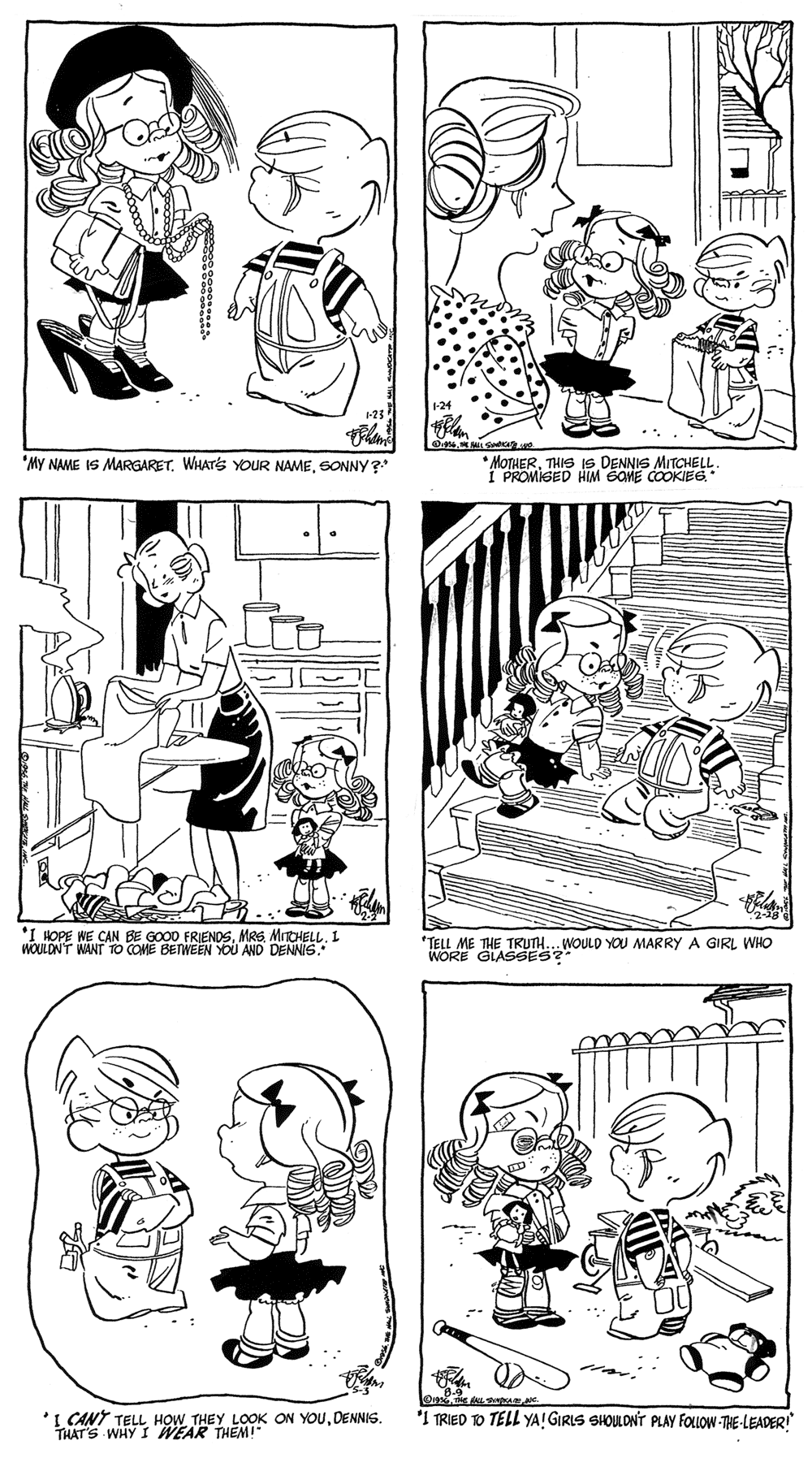 Today I’m going back to the Dennis the Menace file, because there’s always more to talk about with our favorite trouble-making moppet.

This is an anniversary year for one of Dennis’s main characters, Margaret Wade. Can you believe she’s been around since 1956 and yet she’s still in grade school?  It’s wonderful to live in the comic strip world and never grow old.

Margaret is Dennis’s girlfriend, or at least she aspires to be, though he’s not ready for such a commitment. A clear case of immaturity, is my guess.  Their relationship is not the most complicated one, but perhaps one that has indications of where it will be as they grow up. Dennis and Margaret are the pure Male and Female personalities in miniature. They see things in opposite views, with Margaret, a bit more clever than Dennis, who has no idea what’s going on. Margaret is all things feminine, developing all the things that charm or beguile boys. Dennis is confused and resistant, and will be until puberty. Something like real life.

Here are some tension-packed episodes from 1956-63 showing some early confrontations: 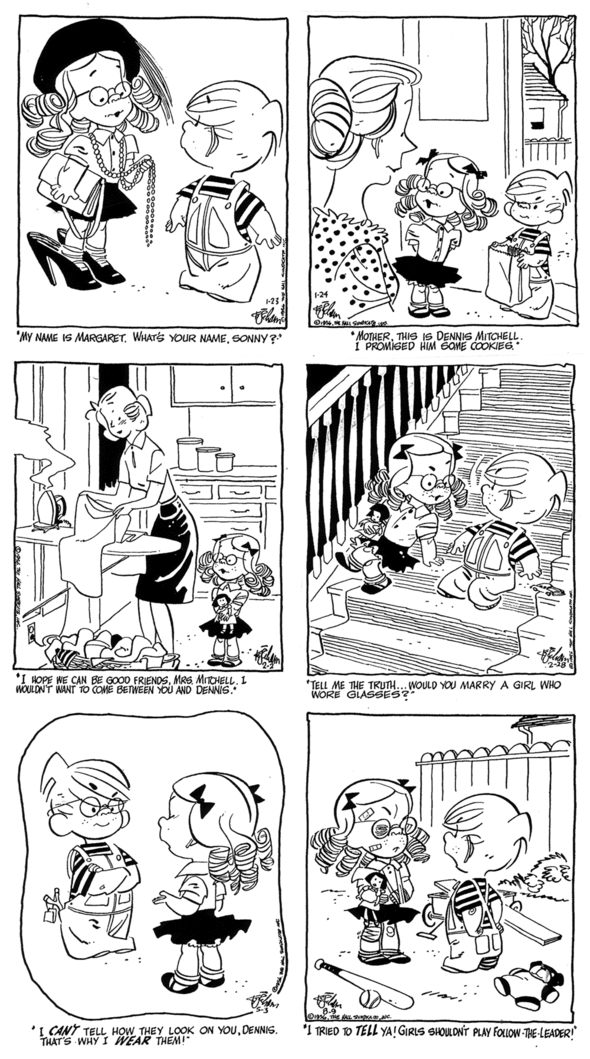 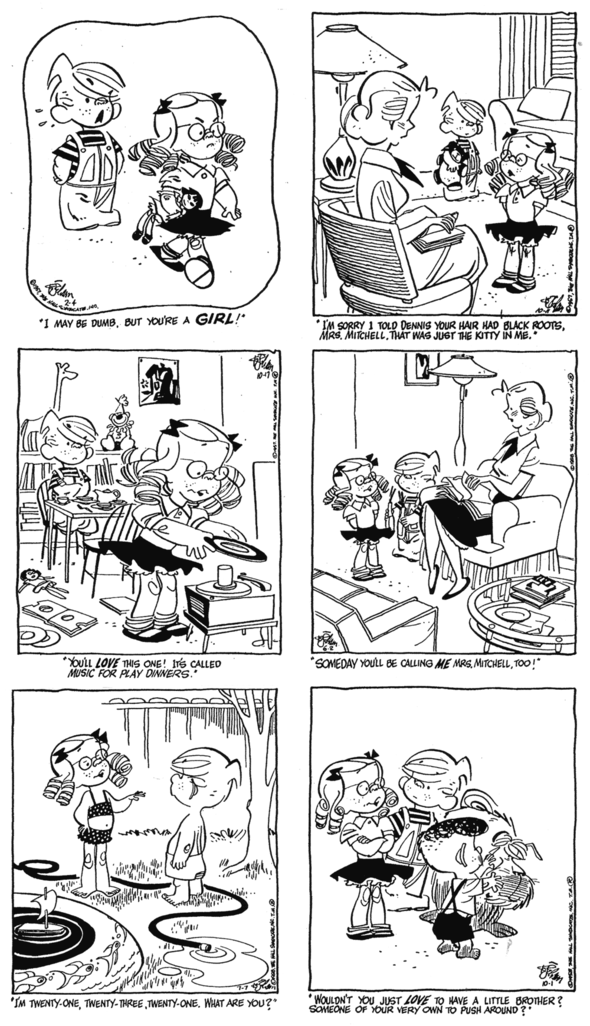 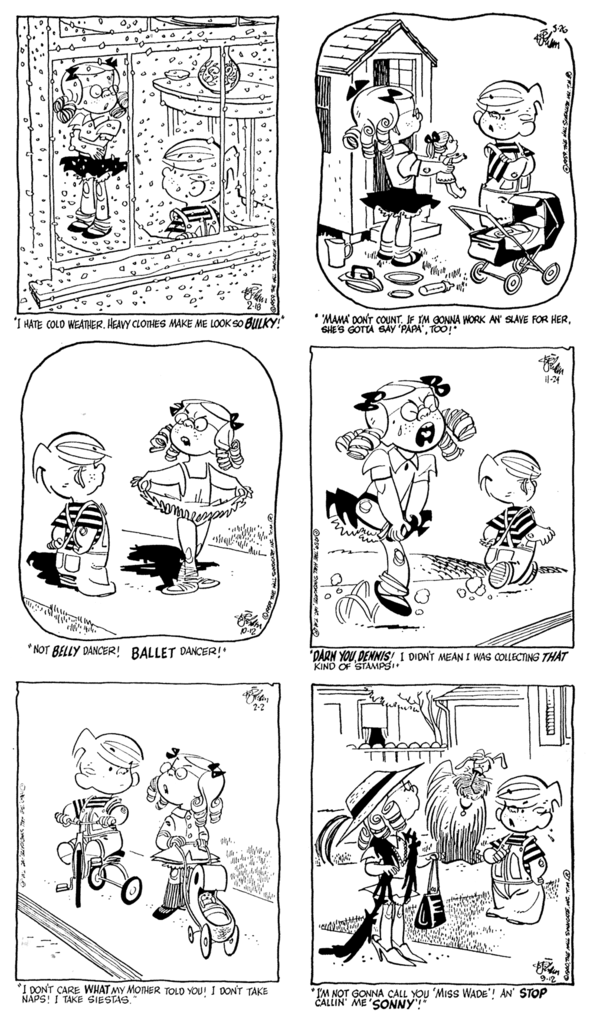 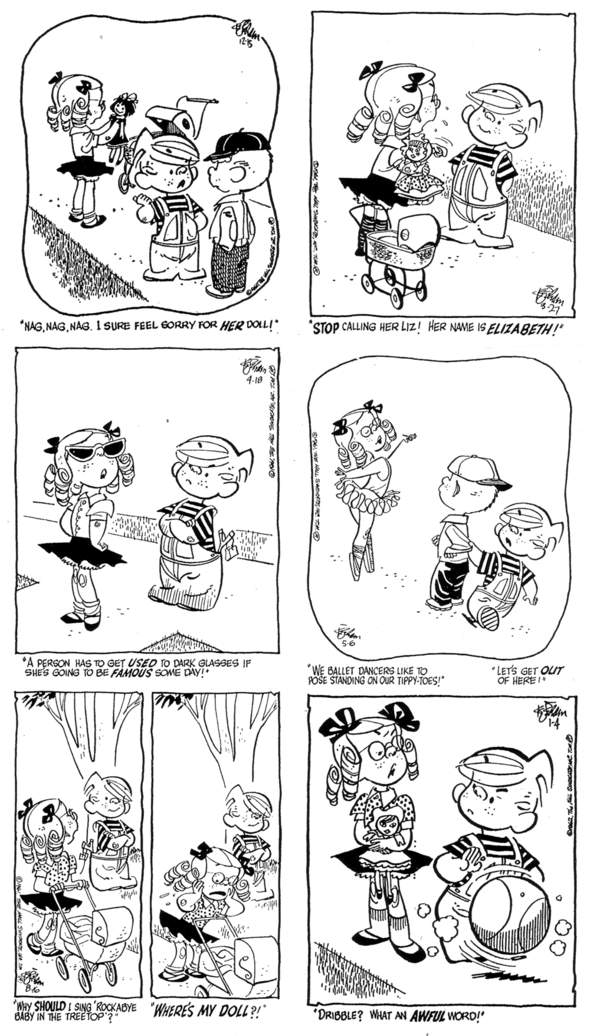 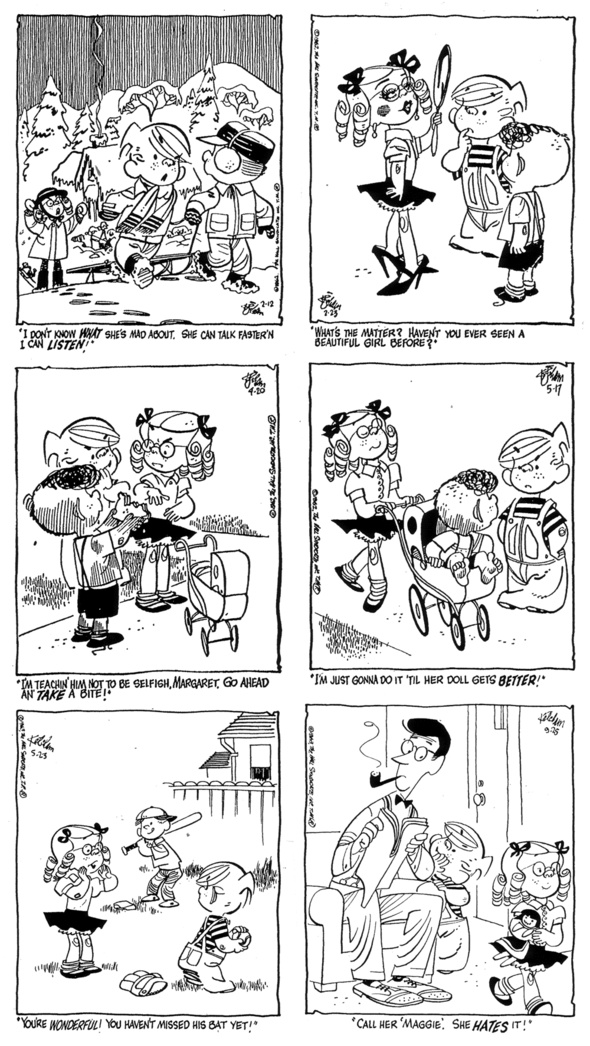 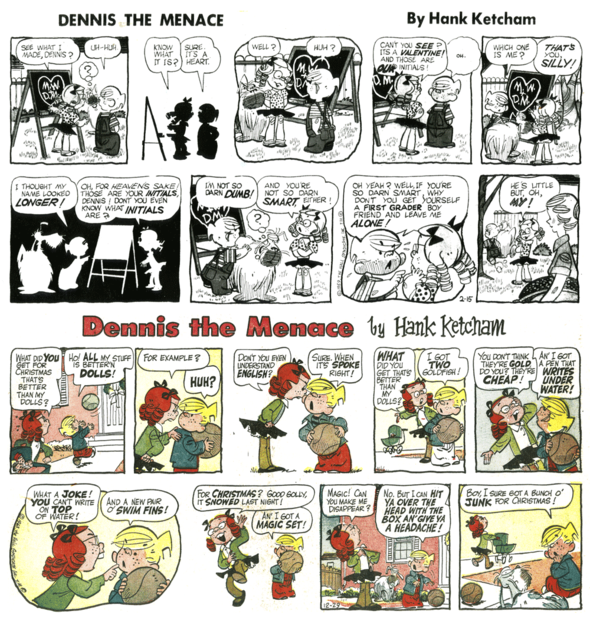 DENNIS THE MENACE 15 February 1959 and 29 December 1963.
These are drawn by Ketcham’s assistants, but Hank wrote the gags. 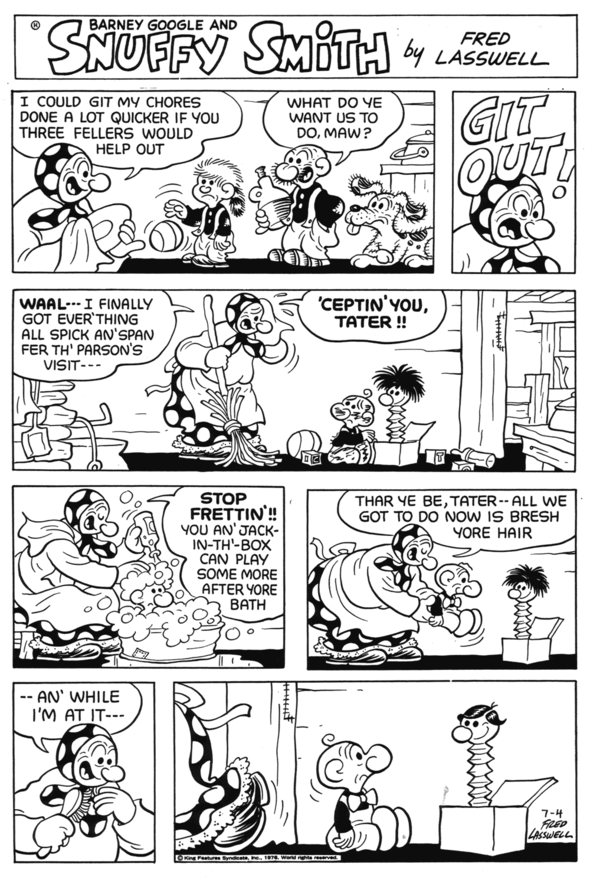 One of our prominent subjects here in the Kingdom, Cameron 1988, was intrigued by my fleeting description of the Snuffy Smith Sunday that was too non-germane to use in our Bison ten eel mix in July,
so for him, here it is, now with newfound irrelevance to yet another Archivist entry.