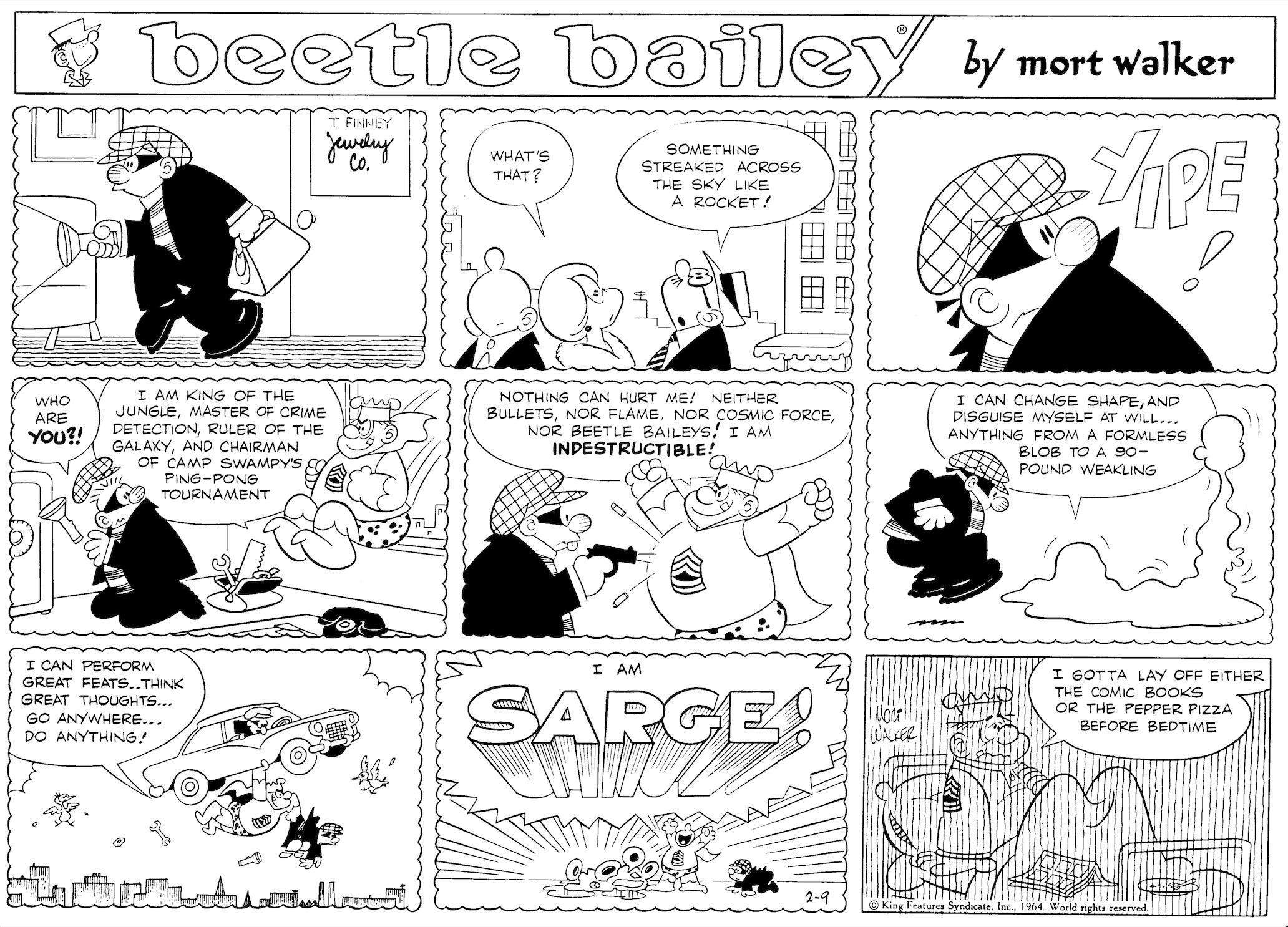 In 1964, Mort Walker and Jerry Dumas came up with a new character dimension for Sergeant Snorkel. Readers were now able to share his vivid dreams and fantasies.

In the Sunday page above he transforms into “Sarge!” a superhero with abilities far beyond the powers of mortal men. In the end, it turns out Sarge is just having a dream triggered by the comic books and pizza he consumed before going to sleep.

Curt Swan, who was the main artist on the DC Comics Superman series at this time was a close friend of Mort’s and might have inspired this episode. Of course, superheroes were big during the 1960s, so the idea could have come from anywhere.

Mort and Jerry would revisit the theme of Sarge’s dreams thirteen more times between 1965 and 1971. Although we only had a black-and-white proof of the first Sunday page from the series (above) in our archive, we will feature all the rest in full color here in the coming weeks, so stay tooned.