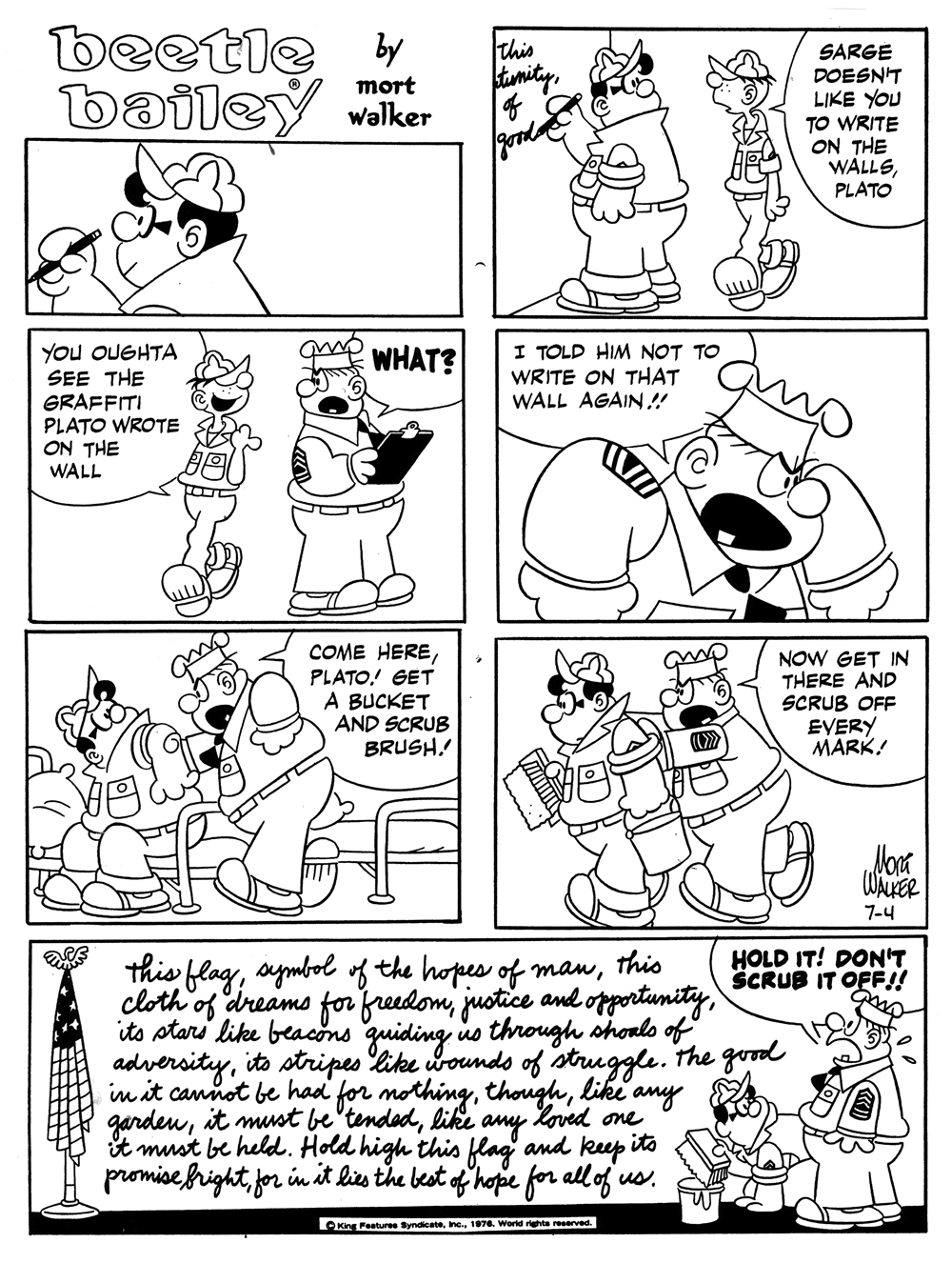 For the upcoming Independence Day holiday, let’s look back at the big day forty years ago, when we celebrated our two hundredth birthday.

In times long past, we celebrated July fourth with huge expositions, notably for the centennial in 1876, and the Sesquicentennial in 1926. Naturally, both were situated in Philadelphia, scene of the Continental Congress and the creation of the Declaration of Independence.

The former was a huge success, famous for featuring a monorail, the world’s largest building, and bits of the yet-to-be assembled Statue  of Liberty. The latter was a financial disaster, mostly remembered by Philadelphians for operating in a steady rain nearly every day that summer.

By the time of the Bicentennial, no such events were planned anywhere. Though the big two-oh-oh was used as a reason to have parades, regattas and local fairs, and lots of superficial commemorations , the post-Watergate, post-Vietnam climate then left a damper on the national mood. Philly had anticipated some increased tourism and moved the Liberty Bell from its longtime perch in Independence Hall to an uninspiring internationalist-style box across the street. The lackluster crowds of visitors was disappointing.

But at least the comics were in a jubilant disposition. Independence Day happened to fall on a Sunday that year, and here are a few of our star-spangled titles that day. 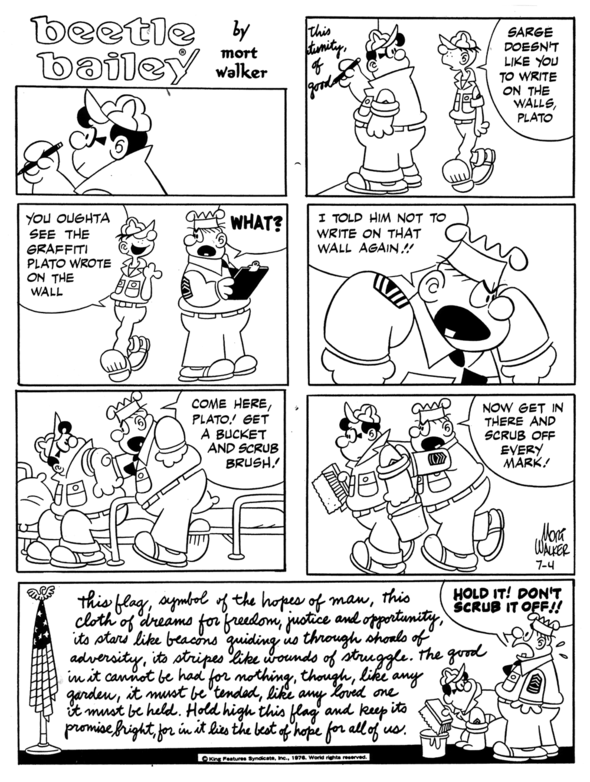 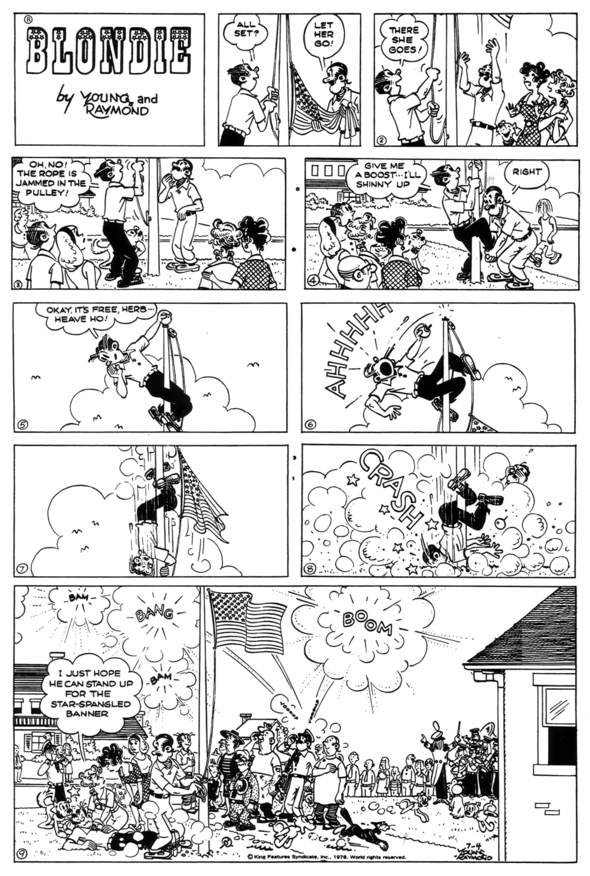 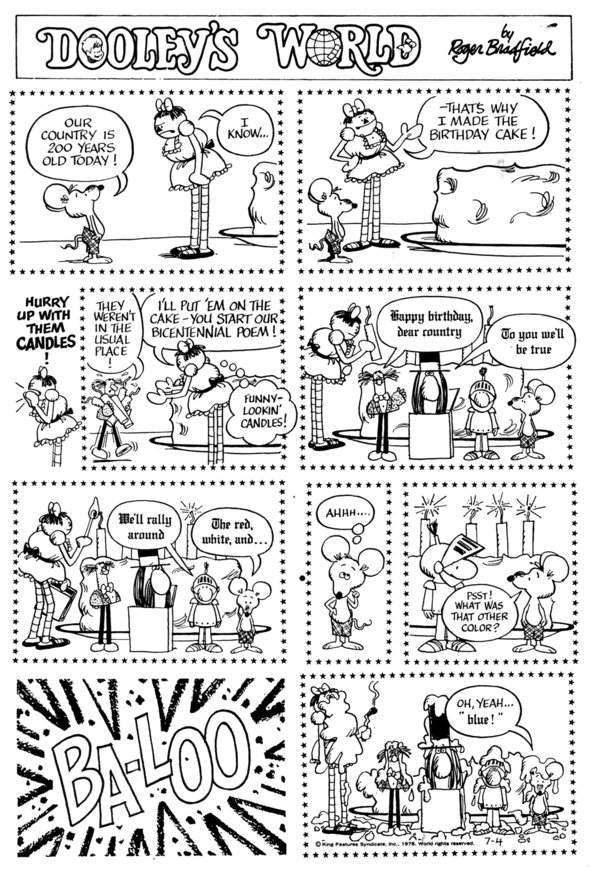 THE LITTLE WOMAN BY DON TOBIN

THE LOCKHORNS BY BILL HOEST

Now we’re more used to marking the day with fireworks, flag waving and overeating.  So have a gala day off, watch out for wayward skyrockets, and remember the day that our great nation began.

But before we head off to the barbecue, here’s our Mail Bag for this week:

Glad you liked Nemo- I’ll try and give you more this September to mark the point 105 years ago when the strip started to appear in the Hearst Sunday sections. It’s good to be on familiar terms with 1911.