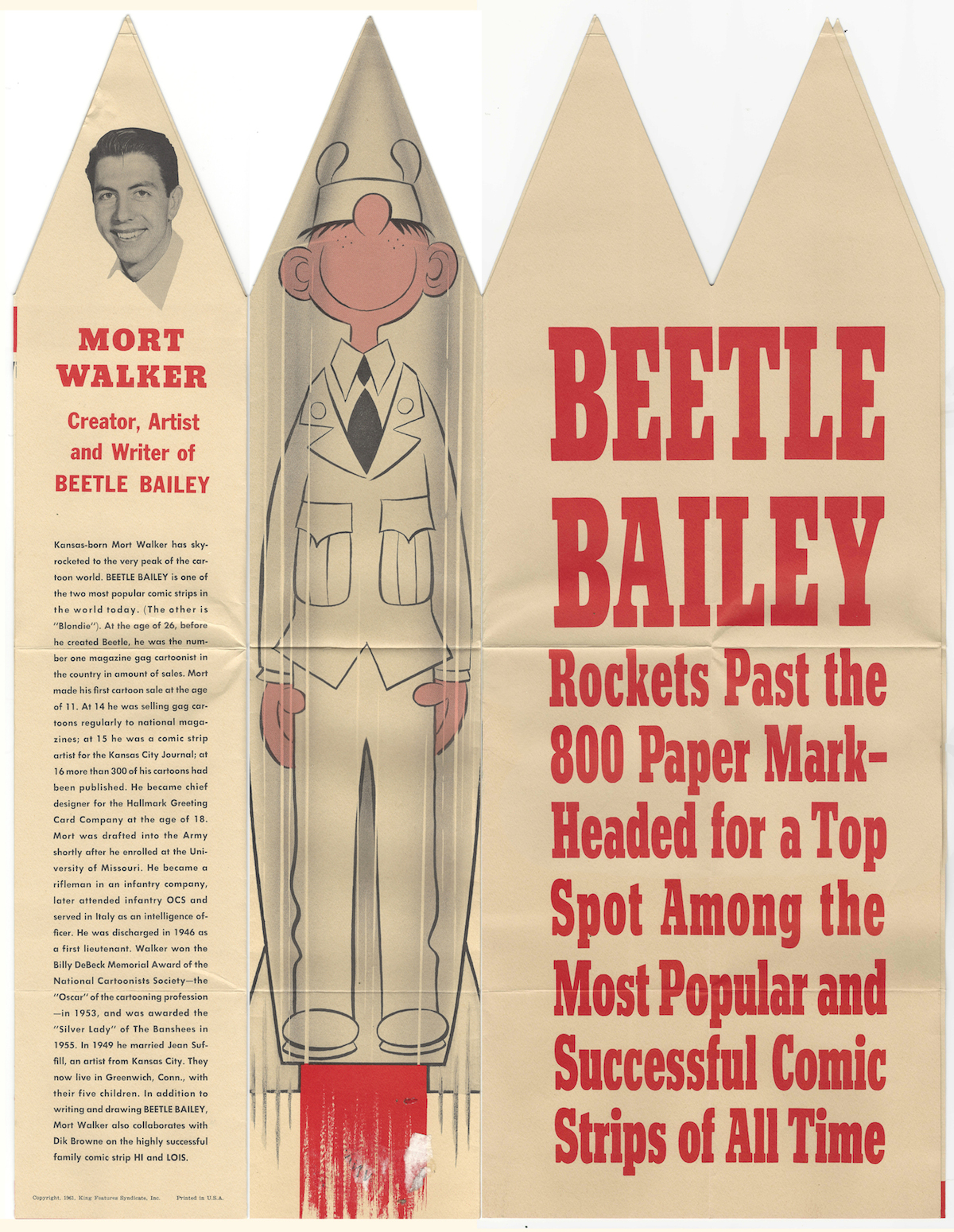 The circulation of Beetle Bailey had rocketed past 800 newspapers by 1961, when the brochure above was produced. King Features Syndicate claimed that only Chic Young’s Blondie had more clients.

The biographical profile on the left recounted how Mort Walker had his first cartoon published when he was 11 years old, began selling cartoons nationally by the age of 14, had his own comic strip in the Kansas City Journal at 15, and became a designer for Hallmark Greeting Card Company when he was 18. After serving in the army during World War II, Mort attended the University of Missouri. He then came to New York City and was a top-selling magazine gag cartoonist before creating Beetle Bailey for King Features in 1950.

After mentioning his 1953 “Billy DeBeck Memorial Award” and 1955 “Silver Lady,” the brochure concluded with a brief summary of Mort’s personal life. “In 1949 he married Jean Suffill, an artist from Kansas City. They now live in Greenwich, Conn., with their five children. In addition to writing Beetle Bailey, Mort Walker also collaborates with Dik Browne on the highly successful family comic strip Hi and Lois.”

Below is the interior of the 1961 sales brochure, showing a sampling of Beetle Bailey strips from that era. 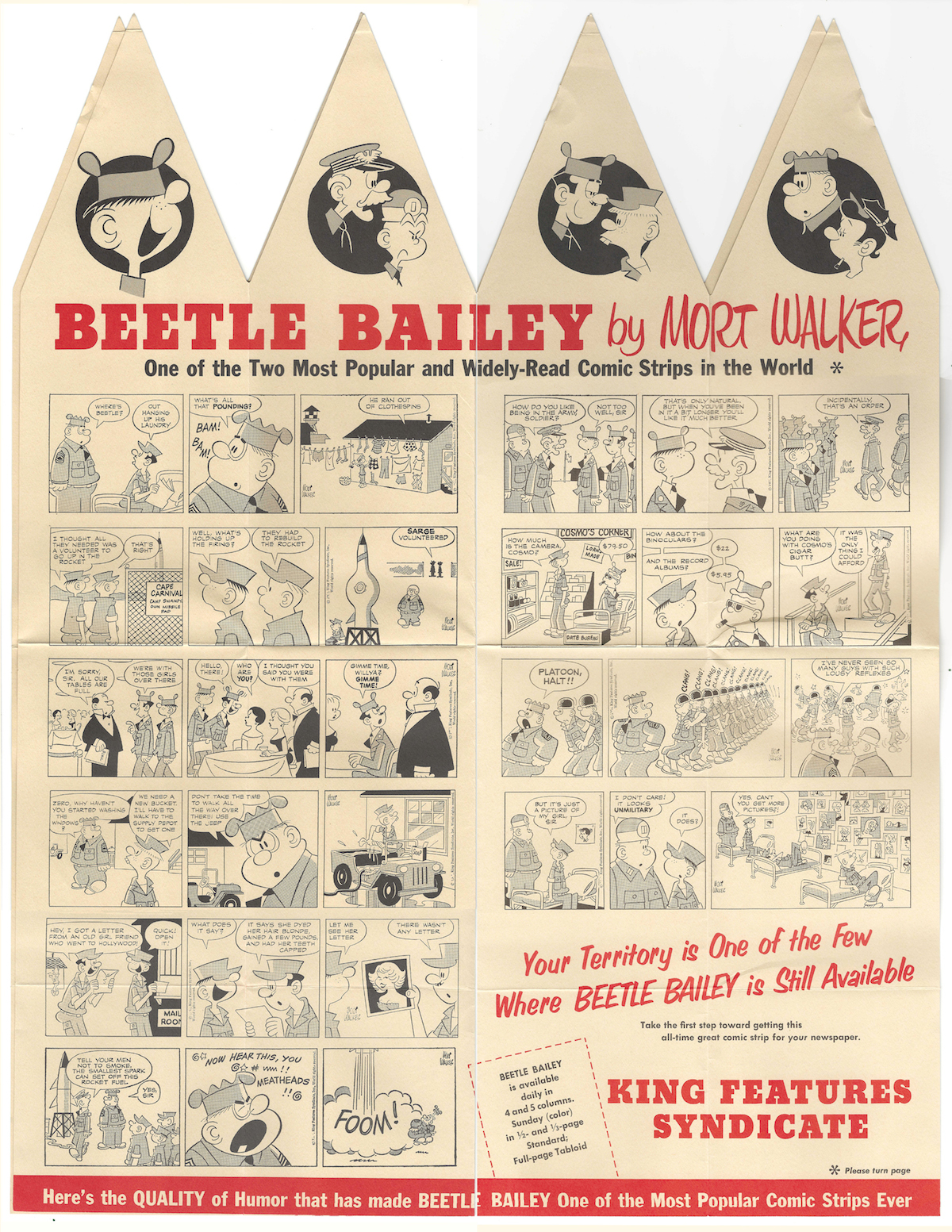 As a special bonus, here is the postcard that was included with the mailing. 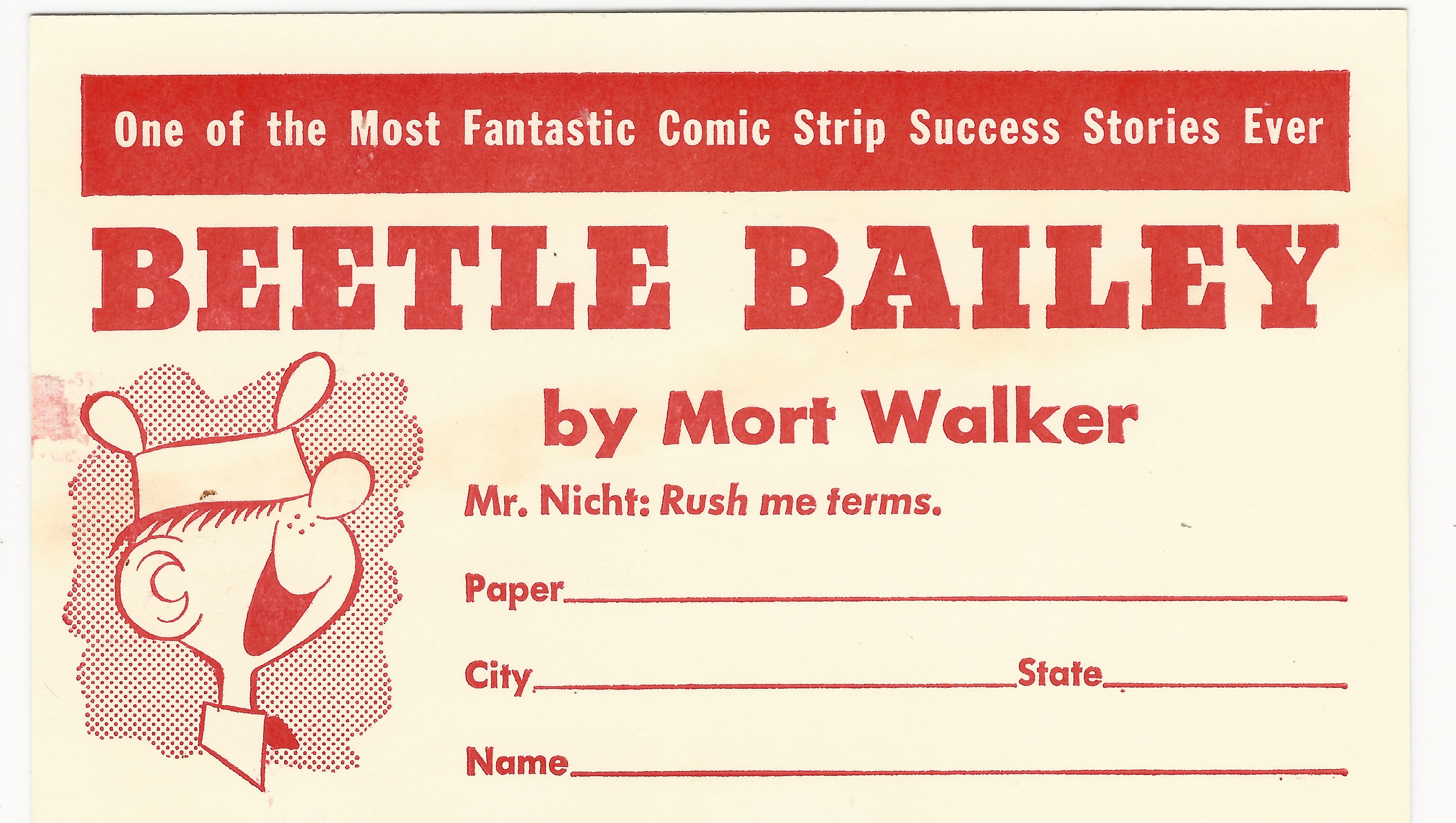 In the next post, we will feature a unique Beetle Bailey sales kit from 1963.