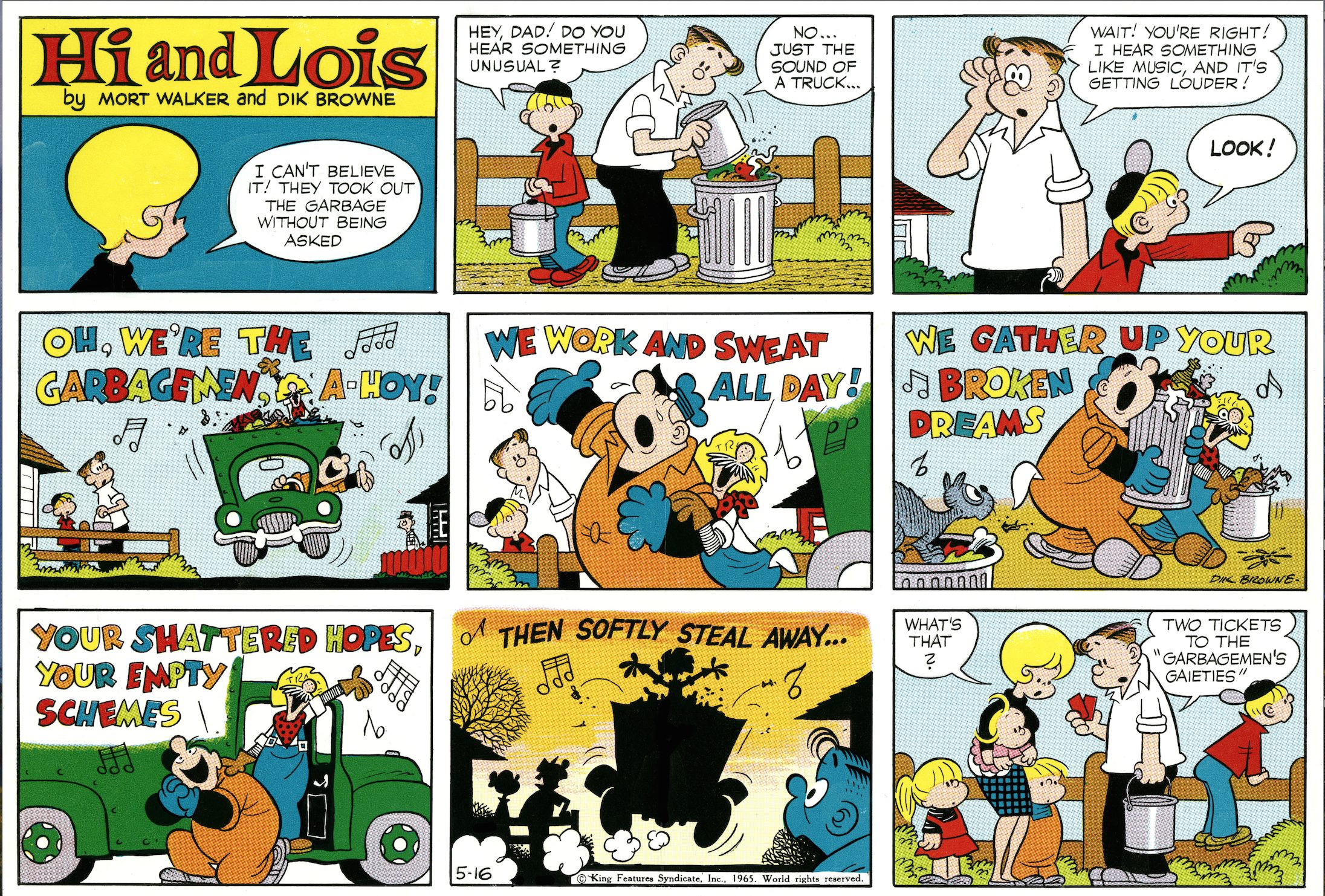 The neighborhood garbage men in Hi and Lois are featured in the classic Sunday page above. Although it was important in the formative years of the strip to have nice, wholesome main characters for readers to identify with, it became equally essential to add outlandish, insane personalities to create funny situations.

Abercrombie, the rotund one, was introduced first as the high-handed refuse collector who likes to tell his clients what they can throw away.

Together Abercrombie and Fitch stick their noses into all the Flagston family business. They read their mail. They return Hi’s job jar. They psychoanalyze every scrap of paper and piece of junk thrown away. They, in fact, consider themselves part of the family.

The only complaint Mort Walker and Dik Browne ever received about how the strip depicted the sanitation business was from an equipment company asking them to replace the old truck (shown in the strip below) in favor of a new model. But what’s funny about a closed garbage truck?