Memorial Day marks the official beginning of barbecue season. The Flagston’s nextdoor neighbor, Thirsty Thurston, is an avid outdoor cooker but rarely fixes meals inside. The strip above, which ran about two weeks ago, shows Thirsty trying to revive his neglected barbecue.

In the Sunday page below, published seventeen years ago, Thirsty is toasting the beginning of a new barbecue season. 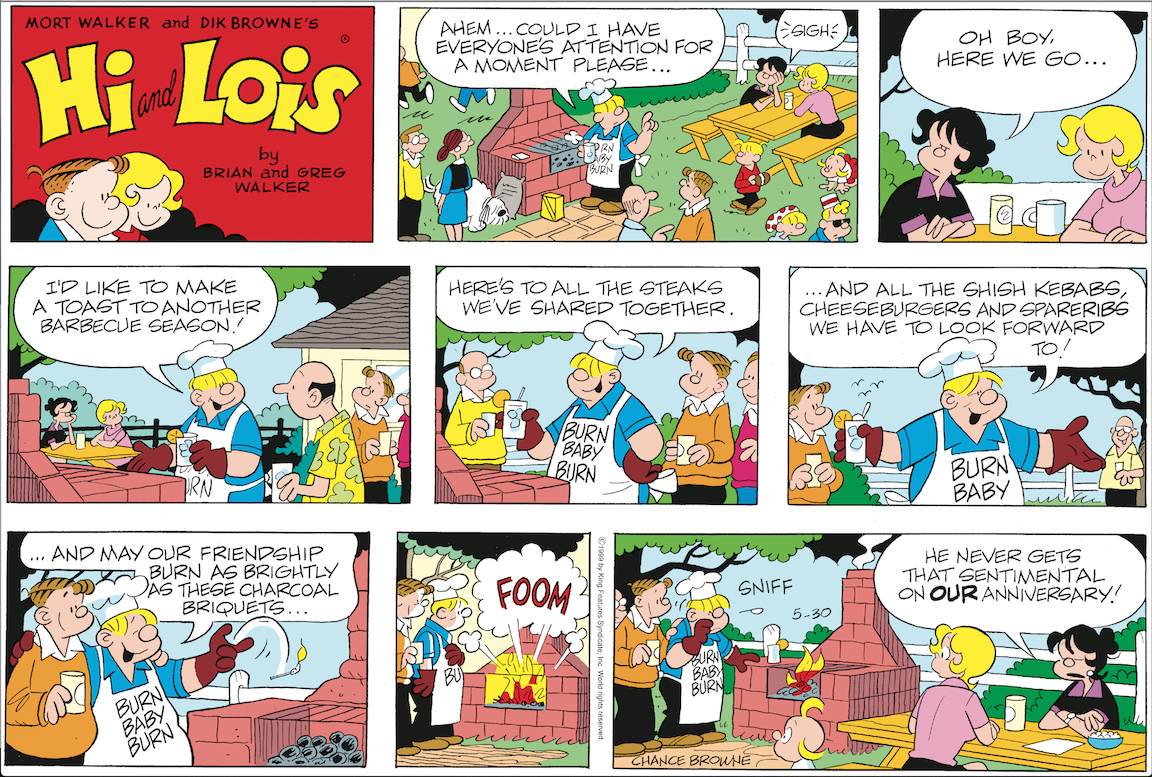 Readers might wonder what happened to this impressive, custom-built set-up. It could have been destroyed by Hurricane Sandy in 2012. That would explain the more modest unit that Thirsty has in the 2016 strip.

We do our best to maintain some level of plausible consistency in the strip. But if the gag demands a change from what came before, we will take some liberties. It’s our comic strip. We get to make the rules.