It’s International Children’s Day!  To celebrate, I asked our cartoonists to share a memory of cartooning from childhood or to talk about the importance of children in their comics!

My earliest recollection of seeing a comic and becoming interested in the art form would have to be Marvel comics. I recall that I was very fond of the Hulk and the Defenders. That, combined with Shock Theater on TV and Saturday morning cartoons all collided in my young mind and I would try to visiually / graphically recreate those images in sketch pads my mother would buy for me.

“Safe Havens” began life as a strip about four-year-olds in day care, and now those same kids are adults having children of their own. The circle remains unbroken!

The earliest childhood memory I have of reading the comics was at my grandmother’s house. We spent a lot of time there as children. When the afternoon paper came, I remember taking the comics out and spreading them across the floor and laying on my stomach, reading, laughing and studying them all! Those were fun days!

My parents were very supportive of my interest in drawing when I was growing up. In fact, they framed these two drawings of Donald and Grumpy that I did when I was 7 years old. 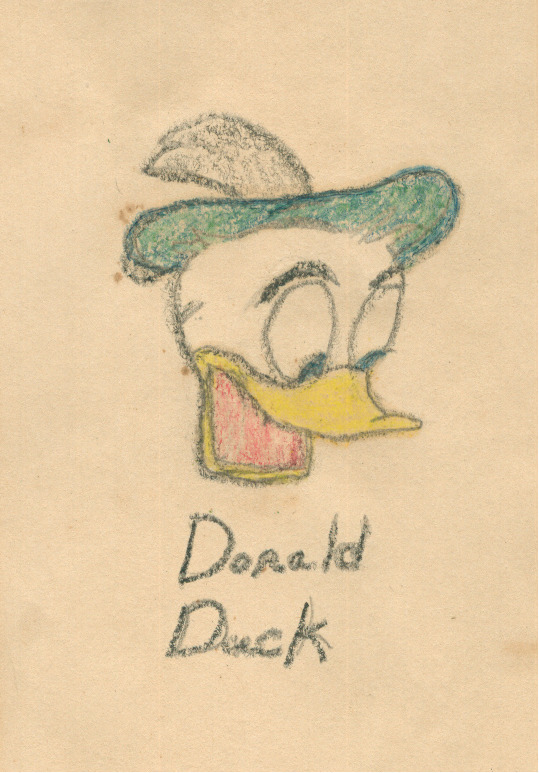 Like some other kids who loved drawing, I was sure I was going to work at Disney Studios when I grew up. After my graduation from college, with a degree in Commercial Art, I actually sent some samples and my resume to Disney. Their response was the standard Mickey Mouse rejection slip…which I wish I had kept as a souvenir.

When I was four years old I loved the comics. I remember reading (I was pretty smart for a little kid) a Sunday Li’l Abner strip. It was about Sadie Hawins Day. I was blown away. I said to myself “Some person does this for a job. Wow! I could do that some day if I worked really, really hard!” This is true. Growing up we didn’t have much money, and my father died when I was young. So I did what I thought would be a good way to make a living. I got a PhD in Physics. But I was never happy. When I was 35 I quit my job and started drawing cartoons. It was the best thing I ever did or could ever hope to do.

With the exception of the satirical last panel, Little Zippy is me in this strip about my early love of comics. When I was a kid, there was very little in the form of kid’s entertainment to compete with comic books. TV came close, but there wasn’t a lot of it that was intended for kids—mostly just the Saturday morning cartoons, Howdy Doody and Hopalong Cassidy.

But there was a never-ending supply of comics—and all for only a dime a copy. Cheap even then. I read them all, indiscriminately at first, then, later mostly funny ones, as I began to lose patience with the deadly earnestness of superheroes. There was no “Atomic Duck”, by the way, though I wish there was—but there was “Super Duck”, who was very, very weird.

In kindergarten, I was the kid who could draw Popeye. It was my ticket to admission among my fellow kindergarteners, because I couldn’t master tying the wooden shoe on the work shelf. Drawing Popeye gave me street cred.

The Uncle Al Show was the kiddie program in Cincinnati at that time, and his co-host Captain Wendy gave a daily drawing lesson. The final step of every drawing was to put a shadow under the dog, clown, car or whatever. She would say to the kids in the studio, “What do we add next?” and all the kids would yell in unison, “A SHADOW!” Then the camera would swivel to show a rapid-fire selection of kids’ drawings that had been mailed in during the week. 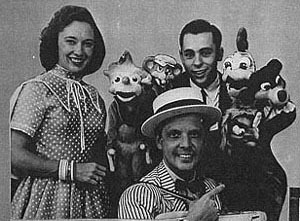 Yes, a shadow was clearly the way to Captain Wendy’s heart, so when I mailed in my Popeye drawing I made sure the shadow was securely in place. Sure enough, the next week she showed it, with my signature clear for all of Cincinnati to see. The next day I was the toast of the playground, including an “I saw your Popeye on Uncle Al yesterday” from Louise Putmann. It was the first time I felt the sheer charismatic power of the crayola, and it has propelled me to this day.