During the lull in the action after the Vintage Madness had subsided, I thought I’d get out of the way a request that our friend Cephasatl made last March in response to The Ryatts.  He dared me to cough up some episodes from the post-Cal Alley era, namely those produced by Jack Elrod.

Since Elrod is probably more famous for taking over Mark Trail than taking over The Ryatts, we might technically tie this into our observation of that strip’s seventieth year anniversary. That and too, that Mr. Elrod passed away only this February, so we remark here that he had a very long and successful career. SEE:

His tenure on the strip was from about 1965 to 1994, when it ended. I say “about 1965” because the transition from Cal Alley to Elrod was long and drawn out, so to speak. Apparently Alley was ill a lot, and put ghosts to work on The Ryatts starting in the early 1960s. I can’t tell which or how many he was using, but Elrod seems to be represented a lot in the non-Alley episodes in 1965 and 1966. Though the style was close, Alley had a much more fluid, animated style.

Alley and his ghost would come and go, without much pattern. He’d do a week here, Ghost/Elrod two there. But as time wore on, Alley did fewer and fewer, and stops sometime in 1967. Elrod started signing his work on 7 November 1966. He was soon fully responsible for both daily and Sunday production. Alley died in 1970.

Here are some 1966-71 samples of life in the Ryatt household under new management. The flavor of the series is still the same as before, and doubtless Alley might still have contributed gag ideas. 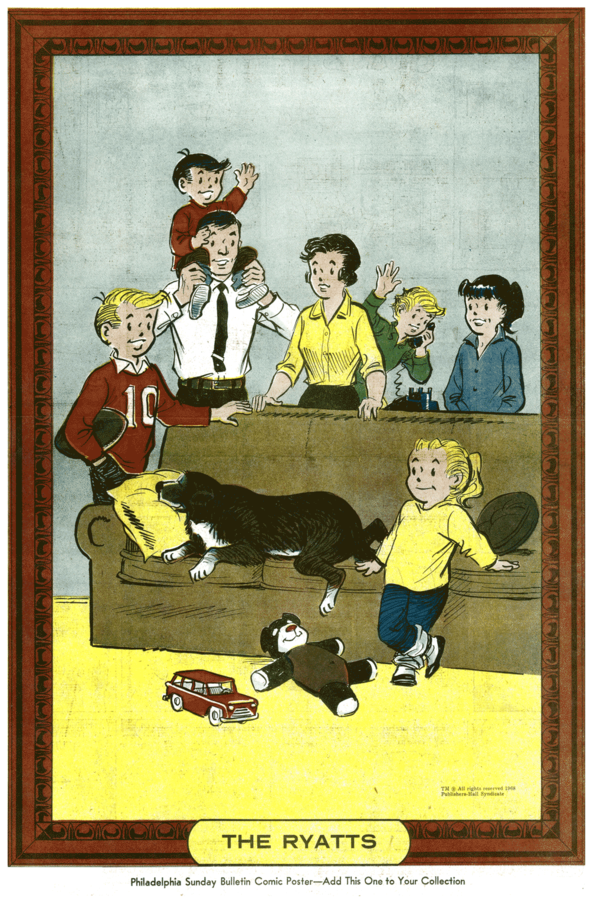 THE RYATTS: A full page promotion for The Ryatts from the Philadelphia Evening Bulletin,
10 November 1968. 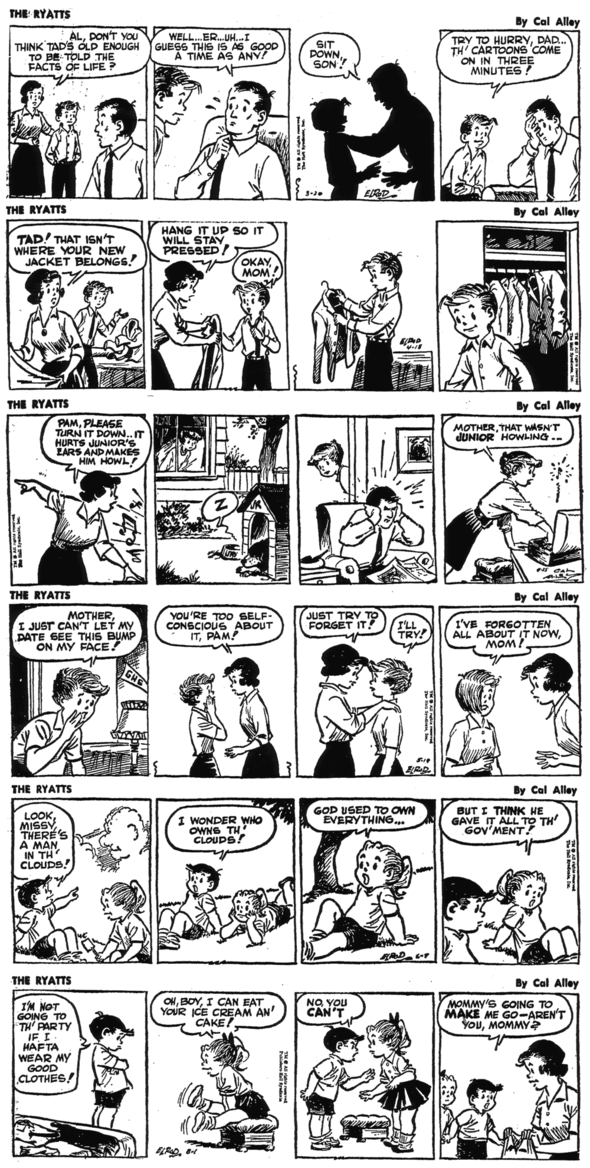 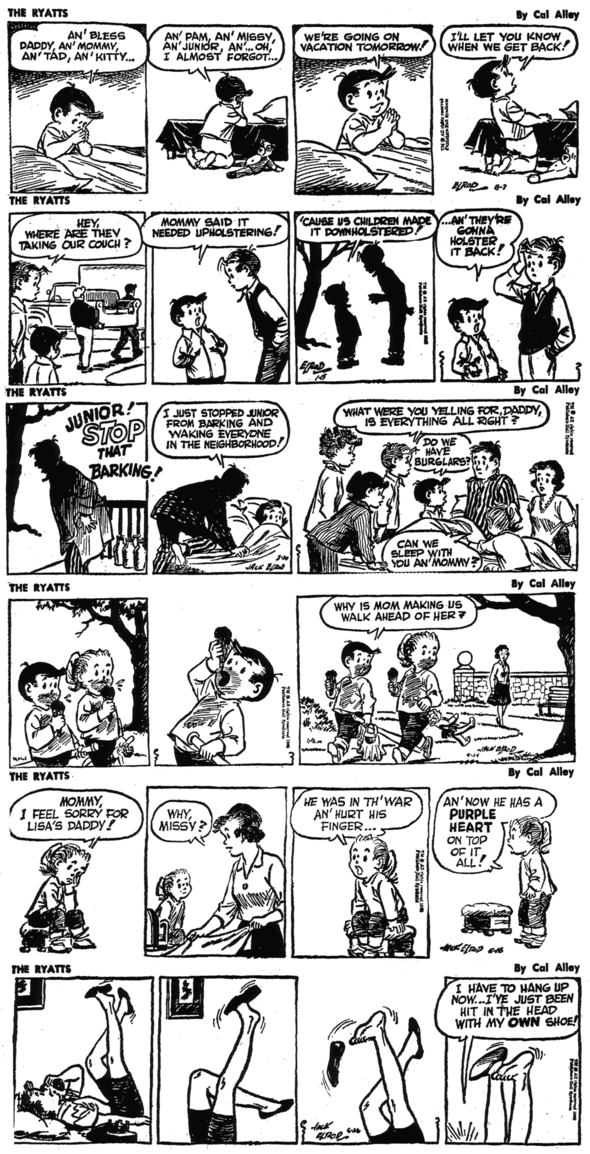 Jungle Jim was indeed selected during the Vintage Madness voting. My colleagues are dusting off the digital files. It should be starting up in the very near future…

I don’t know of any 1970’s strip or comic book by the name of “The Doctor Is In”  Could you possibly be thinking of the United Feature title “Dr. Smock”?